Clyde and his Wolf 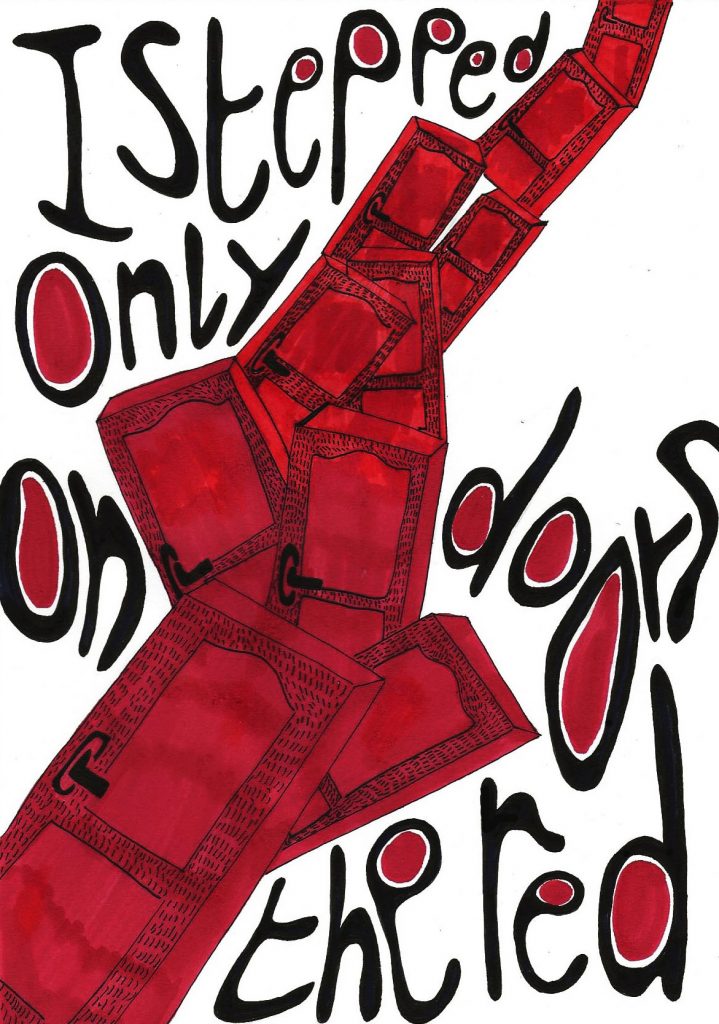 Uncle Clyde asked if I stepped only on the red doors laid with the others as a path all the way from Grandma Fergy’s shack to his front porch. I told him I wasn’t sure and may have put my foot on at least one which wasn’t that colour. He said the wolf chained up at the back his place would snap at and likely take a chunk out of my ankles if this was true. When I didn’t answer and started crying he explained there was an option. I asked what this was. He told me my other uncle would take me into his basement and give me a crew cut sitting in a barber’s chair brought back to Niobrara from Chicago. I went for the haircut and when this was finished I guessed having my head scrubbed raw after that trim was better than being attacked by a wild animal.

Tweet
This entry was posted on 16 January, 2021 in homepage and tagged Atlanta Wiggs, Mike Ferguson. Bookmark the permalink.