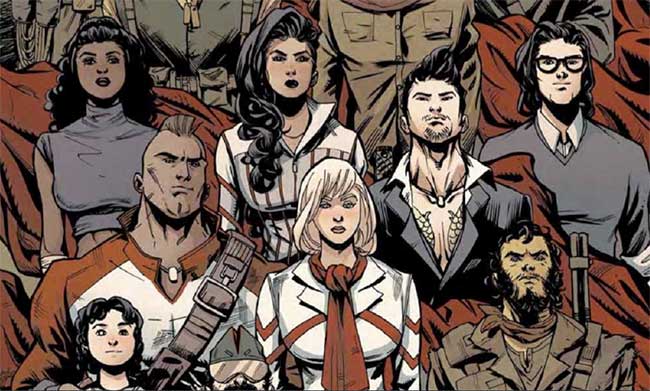 We are post, we are autonomous, we are anarchists, we are communists, we provide humanitarian aid in Ukraine, we chase the uprisings, we are brutal feminists and we look after each other, searching for truth and yet disoriented, we fight in our neighborhoods and look for every opportunity to throw a stone. We come from the solidarity movement with Latin America, from the housing struggles of the 80s, from the fading Antifa of the 2000s, from the anti-globalization movement, and finally from today, which does not yet have a name. We want everything and nothing.

It took us a long time to find each other. The reasons for this were certainly the two years of the pandemic separation, but ultimately and above all because we did not know each other, because we located ourselves politically and ideologically in other places of the left tessellation. Only with the breaking of this tessellation into splinters during the pandemic we got the necessary freedom to recompose ourselves. So we met for the first time these days coming from different cities (Wuppertal, Münster, Berlin, Düsseldorf, Bielefeld, Frankfurt) and discussed for a long day.

In this respect, we are only at the beginning. This text is a confirmation of this beginning, as it initially ‘only’ shows the criticism and dissatisfaction from which we came together and only cautiously hints where the journey could lead to.

We are addressing you. To you who also feel dissatisfaction, who realize that something is going wrong in the world and in what some still call leftism. We address those who are still willing to think, who are looking for orientation and do not find it in the old familiar. We address you because we feel the same.

We have come together as confused and isolated souls, outcasted and caved from our former political homes. We cannot offer you an analysis of the world, let alone a strategic proposal of what to do. What we can do, however, is share a random yet coherent list of views with you that mark, as we are convinced, the necessary break with this world.

It is about organizing, about risking a new beginning. We are not so much concerned with the next organization, which strives for structure, responsiveness, mediation and other buzzwords from management, but rather with organizing the irreconcilability with the existing conditions in theory and practice, beyond old certainties. Because even if it is cold in the country, the fires of Amon Dîn blaze all over the world. We know that other people also think and act in this direction. That is why we are sure that sooner or later our paths will cross. We are a faction, maybe just a splinter, without a program and a flag, we are an imagination trying to materialize. Against all odds, even our own.

reproduced from Enough Is Enough, https://enoughisenough14.org