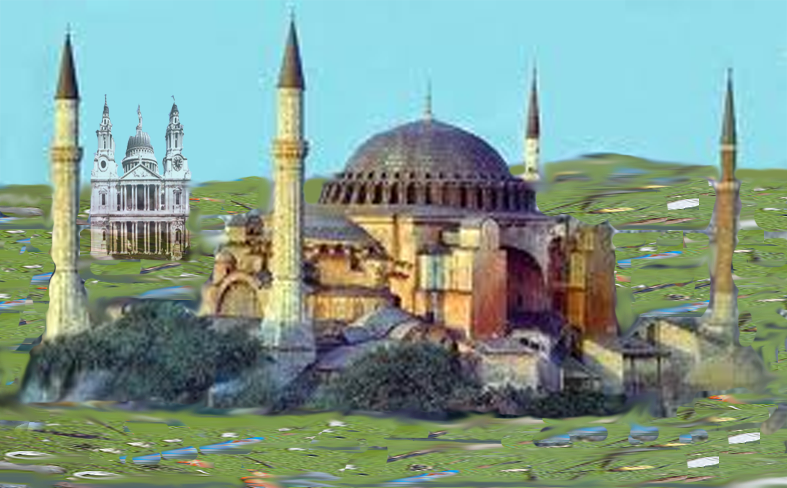 That hour in the rainstorm by the muck-coloured Bosphorous, shaped like a biological
diagram of a vagina and penis, I was free for an hour, but only to buy cheap army boots.
Within days I was a Turk, and within weeks such a Mongol I had to run to Chinatowns
to feel human. Nowhere is pressureless, bloodless, fateless. We fall off family trees, we break
our backs, and then have to crawl towards a destiny; but all we get are penny-in-the-slot
glimpses, an hour at the Bosphorous, then back into the tunnels, conveyor belts, and lifts
of the time-machine. No hourglass to Sophia. At the emotional market we barter
angst for scorn. At night, dreams of a golden cat chewing on the corpse of an antelope
are the army boots chewing my feet, but I march on sea to Nicosia, round the Turk wall.

In England I walk under buzzards. In London I walk under falcons. Their cries of yarak
thrill sadly. The diseased khaki of the plane trees sways in a wind too depressed for business.
Solitary bees in cells do not make honey, but their noises would saw through the city
to tap honey reservoirs. A bureau, a bureau, another bureau to placate, walking with too much
printed matter and too few dinar, to haggle and shout, to be less ripped-off.

Ignominy, and concealment of it, is the history standard.

I have tried to claim a square inch of the A to Z as my own, to cozen it from the Duke of Westminster,
to find it in the Thames as one would find a coin, and wash it in the Thames for auction,
but the Thames became the Bosphorous, and though I was a foreigner by the Plowinda river,
I was moreso at the Byzantine.

The Duke of Westminster was having none of it: the vagina and penis conjoined in brown rain.

View all posts by Niall →
This entry was posted on 1 March, 2012 in homepage, Uncategorized and tagged Bosphorous, daath, Niall mcdevitt. peter regrove, the game. Bookmark the permalink.