DARWIN: MY TIME ON THE LEFT BANK 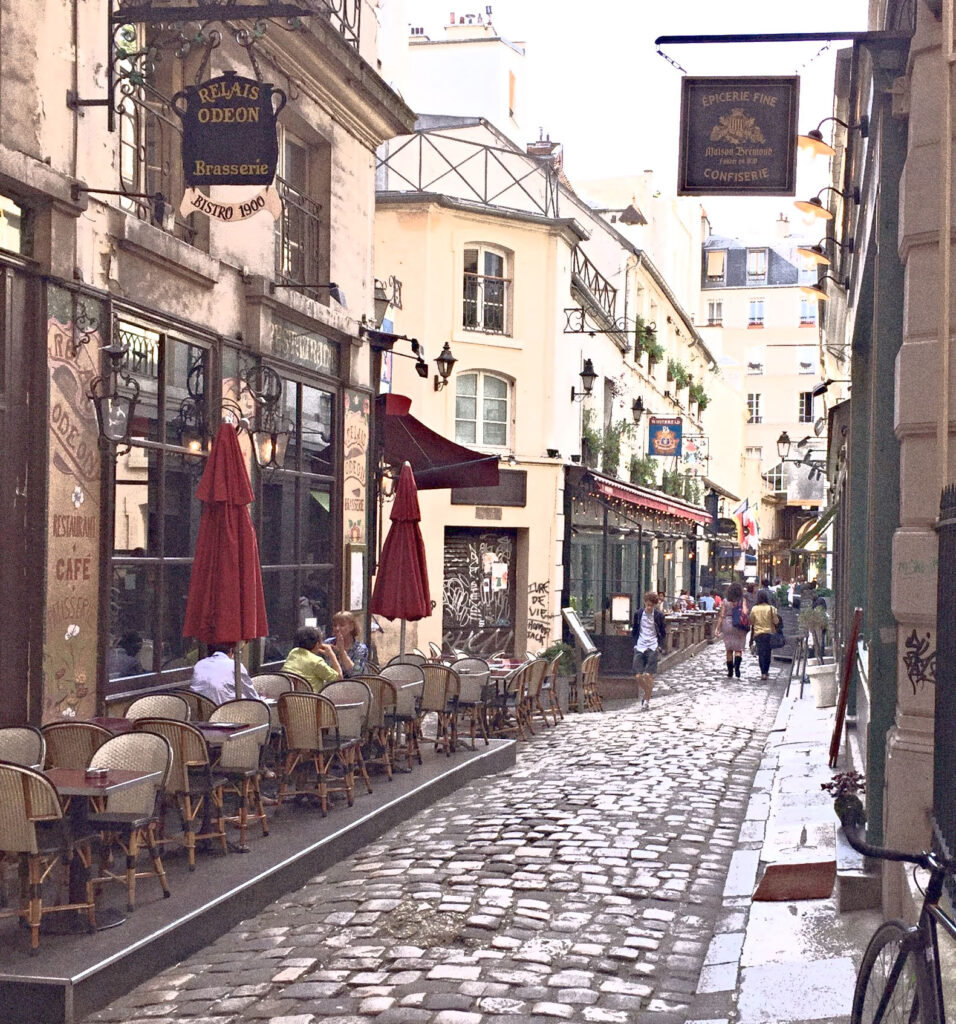 Call me Darwin. Everyone does.

How did I come to be in Paris? And why in those heady days?

I made my way from Africa, I’d rather not say where in Africa, not exactly, you understand. Why not? you ask. Ah, well… There are always reasons, no?

But when is more important. To my story, that is.

I remember it very well indeed.

I admit I’d been in the Congo for some time. I won’t say what I’d been doing there.

From there I made my way to… does it really matter? I ended up in Paris. And it was the summer of… well, let’s just say in the 1940s.

Somehow I made my way to a small café on what’s known as the Left Bank. I’d heard it was where intellectuals gathered, so I guessed it was the right place for me.

I ordered a banana daiquiri. Delicious. I’d heard about this drink when I was in the Congo, but had never tasted it before.

My appearance seemed a little disturbing, but I was used to that.

There was some hubbub around a rather stout man with spectacles and a pipe. He was writing something, and should have been left alone to do so, I would have said, but all these people were there with him. Talking. Or in some instances just nodding, or looking at him admiringly.

I went over to see if I could help.

The others hushed and moved away. He seemed a little disconcerted, but I looked him straight in the eyes and said:

“What’s the problem, my friend?”

“Ah”, he said, recovering himself, “I’m writing this philosophical novel, and I’m not sure if the title is quite right, you understand?”

I took a sip of my banana daiquiri and thought about it for a little while.

“Ah! Magnificent! You are a genius, my dear friend!”

His followers lost their shyness and moved closer.

A couple of the women moved very close indeed.

Accepted… ah, yes. So from that day on I had my regular table at Les Deux Magots. I took to smoking a pipe like my new friend. But I stuck to banana daiquiris and didn’t drink beer or wine.

“Dear Darwin”, my bespectacled, stout and pipe-smoking friend said to me one day, “I’m thinking of calling this series of novels… one of which is now of course ‘Iron in the Soul’, thanks to you… ‘Paths by Which One Might Eventually Escape’. What do you think?”

I took a sip of my drink and a puff on my pipe. All eyes were on me, including those of some admiring females.

“Ah, my friend, then what would you suggest?”

Gasps and coughs and even sneers.

“AHHH!” they cried as if one. And some of the women moved even closer. Indeed, one was sitting in my lap, to the annoyance of the others. But I didn’t mind. I just took another puff and another sip.

I was thoroughly accepted.

Those were indeed heady days.

I had affairs. No point denying it. Jeanne, a film star, and Juliet, a famous singer. They sometimes quarrelled about me, but on the whole we all got along.

But then things came unstuck. I’d entered France on a false passport, and it caught up with me. I was Belgian, not French. Technically, at any rate.

It shouldn’t have mattered at all: that was clear to me.

A subterfuge on the authorities’ part, needless to say, and an act of prejudice, plain and simple. Prejudice that had nothing to do with the French and the Belgians.

Because, really, I wasn’t one thing or the other.

And I’d just been about to write my memoirs: ‘A Gorilla on the Left Bank’.

Now I’ll have to write my book in exile.

Tweet
This entry was posted on 4 June, 2022 in homepage and tagged David Miller. Bookmark the permalink.