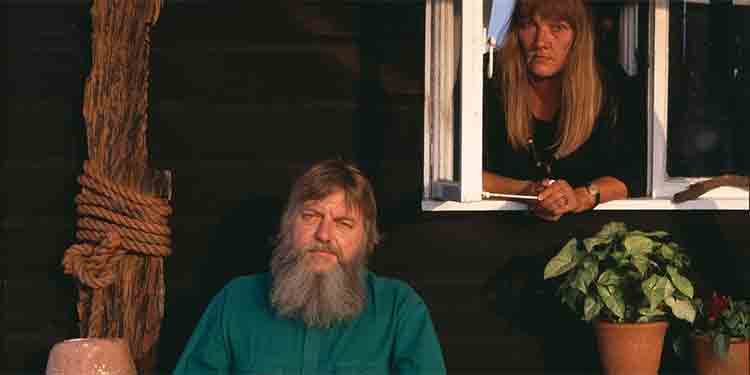 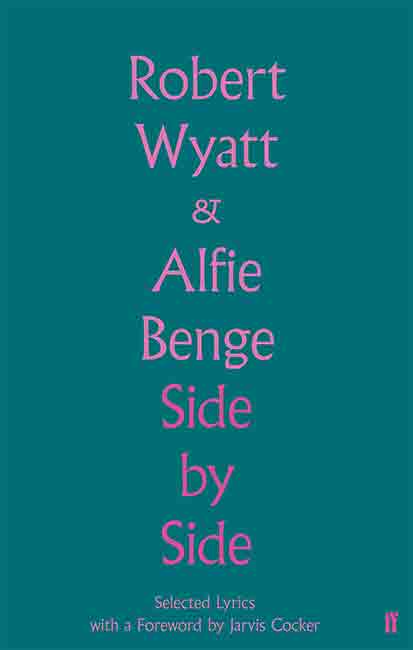 It’s strange how we classify musicians, isn’t it? For me, Robert Wyatt is a quirky, politicised singer-songwriter; and before that he was the drummer in the first and most experimental line-up of Soft Machine. (I should point out I like most incarnations of Soft Machine.) But reading these lyrics it’s clear Wyatt is rooted in the Canterbury scene with all its attendant bad puns, verbal slippage and silliness, something I have never enjoyed.

I mean, what can one do with the ghastly over-alliteration of ‘”Tasty tarragon!” tittered Tundefu Titania tactfully’ (‘Over a Meal’) or the clunky end-of-line rhymes in ‘A Beautiful War’): ‘It’s a beautiful day / To see my prey’ and ‘So I open the hatch / And I drop the first batch’? This is real sixth form poetry stuff, and of course suffers from being separated from the song it is part of, where Wyatt’s unusual vocal delivery and quirky arrangements and instrumentation diverts attention away from the lyrics.

Wyatt is better when he is writing pastiche or critiquing society. In ‘Mass Medium’, his lyrics are as pertinent today as they were when written:

And as history slips out of view
Bated breath for the nine o’clock news
Reassembled right before your very eyes
Innuendo, rumour and lies

and the message means we can forgive the cliché of ‘before your very eyes’. ‘Blues in Bob Minor’ lampoons and also celebrates and politicizes Bob Dylan, back when he was an important cultural force:

Roger’s in the archive looking up Casement
Martha’s in the government digging up the basement
Rebel into representative for the voter
Shadow backbencher couldn’t get a word in
Turned up anyway . . . issues burning

Elsewhere Wyatt writes (and sings) about Hiroshima and the ongoing effects of radiation, Communism, bop and other thing dear to his heart, but much of what is collected here is from Wyatt-world, a strange, insular place of private allusion and imagination, much of it put down it seems in asides and jottings, with little sense of form apart from those dreadful rhymes.

Alfie Benge, Wyatt’s life and musical partner, actually gets the majority of pages in this book, having supplied most of the lyrics for Wyatt’s albums for many years now. She shares Wyatt’s penchant for minor events and strange points-of-view but brings a clarity and originality to her work. ‘December’, for instance is a series of vignettes from ‘a vagabond beach’, which starts

before moving on to verses about ‘abandoned summer dogs’ and ‘[t]he African trinket seller’ who is ‘[o]blivious of the sad beauty of his daily trek’. This attention to detail and the otherwise mundane is a joy to read; in the final piece in the book, ‘One Day at a Time’, the details become a simple list, with a heartwarming final stanza:

They step inside
They shut the door
They’re home

Wyatt & Benge’s lyrical home is a strange place, and it’s not quite where I expected to find it. It’s always odd seeing lyrics alone on the page and this is certainly true of this volume. Even the personal, warm-hearted introductions by both authors and the awkward enthusing of Jarvis Cocker in his foreword can’t quite disguise how strange and unusual much of this writing is, how it often makes for an uneasy read. Cocker argues for the work presenting a ‘humanist world view that is at once global & particular’, which I guess is fair enough. I might, however argue for it simply being ‘human’, an original, sometimes naïve but deeply personal body of work.

View all posts by Rupert →
This entry was posted on 19 September, 2020 in homepage and tagged Robert Wyatt & Alfie Benge, Rupert Loydell, Side by Side. Selected Lyrics. Bookmark the permalink.