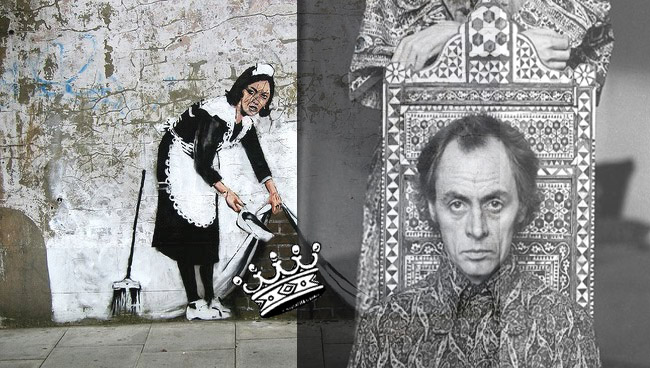 THE DIALECTICS OF LIBERATION CONGRESS 1967:

A reign of terror is now perpetrated, and perpetrated on a global scale.

In the affluent societies, it is masked.  There, children are conditioned by violence called love to assume their position as the would-be inheritors of the earth,

For the rest, terror is not masked.  It is torture, starvation, death.

The whole world is now an irreducible whole.

Culture is against us, education enslaves us, technology kills us.

We must confront this.  We must destroy our vested illusions as to who, what, where we are.  We must combat our self-pretended ignorance as to what goes on and our non-reaction to what we refuse to know.

What is, is not the limit of what is possible.

We shall meet in London on the basis of a wide range of expert knowledge.

The dialectics of liberation begins with the clarification of our present position.

That was the summons.  The summoner was RD Laing plus three colleagues, collectively calling themselves the Institute of Phenomenological Studies.  (Laing’s own label was ‘anti-psychiatrist’, a label he furiously refused, saying it was he that was a true psychiatrist in the deep meaning of the word, psyche-iatros, a soul-healer.)

The aim of the Congress, he said, was ‘to form a long-term network of people who were interested in an in-depth, nitty-gritty examination of what seemed to be the most important critical areas in the state of the human species’.

The background: an ever more horrific assault on the Vietnamese people in the name of crushing Communism and bringing peace; uprisings in the big American cities described either as race riots or armed rebellions depending on the colour of the viewer; a nuclear arms race; degradation of life and starvation in the Third World, affluence and malaise in the First; the nuclear family versus the hippies; the first awareness that something was going badly wrong with the Earth.

The venue:  the Roundhouse, London, spiritual home to the counter-culture, full for the fortnight of the Congress of activists from behind the Curtain; US draft dodgers; long-haired hippies; serious, carefully-dressed members of the new London Black community; plain-clothes cops.  Poets, artists, philosophers.  Endless talk.  A drifting cloud of dope.

The speakers:  Sartre refused at the last minute, but Herbert Marcuse came to give his vision of the Socialist society that must be because it’s a biological, sociological, political necessity – because it conforms to the very logos of life. Stokely Carmichael arrived straight from US prison where he’d lost the notes for his speech; he drew a picture of institutionalised racism and demanded justice for people of colour.  His scorn for white law and order left us here a legacy of Black Power and got him swiftly deported by the authorities.  Allen Ginsberg, much loved, played the genial Pied Piper, seducing his audience via old tribal wisdoms along the path of Bodhisattva conduct.  Gregory Bateson, whose genius took in anthropology, cybernetics, schizophrenia, Blake and a great deal more, chose to speak about dolphins, the dangers of conscious purpose and climate change.  Laing himself spoke of war and cruelty, obedience and being trapped, the individual and the cosmos.

Afterwards he said ‘but most people came along entirely in their own shell to propagate their own propaganda of their particular point of view and butt up against other people somewhat and then go away again’.  And he went away to the East for a year to practise Satisampajanna, the deep meditation of bare attention.

And it was all forgotten about for forty-five years.

Yes, but today it’s all the same but worse.  And their dialectic goes to the heart of the problem still – violence, non-violence? – political action, spiritual development? – healing, or destruction? – reform, or a grand sweeping away? – and what synthesis is possible from these opposites?

I want those voices heard again.  And then, for us to follow up the debate for ourselves.  Our time’s running out.

Hence, for starters, DIALEKTIKON 2012.  Keep it simple.  Ignore all the rest of the rich material – the links between our continuous wars and the industrial/military/government complex, South America as a US colony, the anarchist’s take on improving the world (Paul Goodman), the Buddhist teaching of non-duality (Thich Nhat Hanh), the Living Theatre…  And ignore for now the major lacuna of the Congress: where the fuck were the women’s voices?

So, just five actors performing key speeches, surviving Congress organisers Drs Leon Redler and Joe Berke, poet Michael Horovitz, folk singer Pete Morton, space for audience debate.  Play first to those who’ll best understand what this is about: the Occupiers at St Paul’s.  Try to play on the cathedral steps, the grandest theatrical backdrop, foiled by cold and traffic noise, retire to the University Tent, silenced by half an hour of cathedral bells, the audience gamely sticking with us throughout.  Take a by now slightly more polished version to Kingsley Hall, hallowed by Gandhi’s stay, later Laing’s pioneer asylum, safe house for people in mental turmoil.  A bleak Sunday afternoon in February, in the gloomiest part of the devastated East End, no publicity, expecting only a dogged handful of friends and relatives – we find ourselves with a full hall, a magic audience, intelligent, intense –

Ambitious hopes of spreading DIALEKTIKON and its message now country-wide, perhaps world-wide, have been meeting a failure of energy.  But things are stirring, people are stirring things on our behalf – And does anyone out there want to take a version on for their own place, audience, happening?

Later, there’ll be a full script – including the lost women’s voices, Occupy, the Moloch of late Capitalism, Gaia…