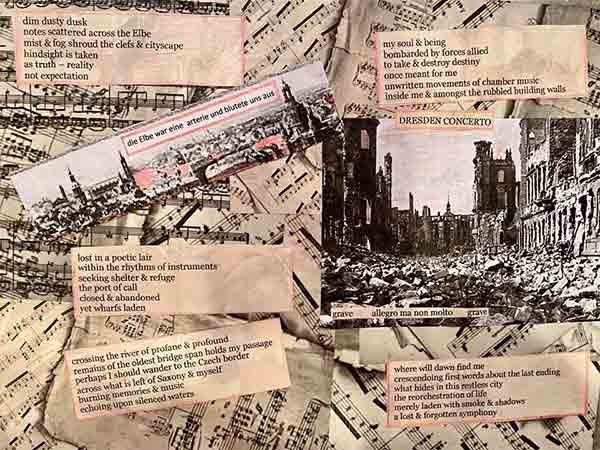 This year is the 76th   anniversary of the bombing of Dresden Germany – a cultural city destroyed by Allied Forces to merely show Stalin their might – since his troops were to occupy the city a few days later.  The number of people who lost their lives will never be known… I dedicate this creation & questioning to them . .. …  and Antonio Vivaldi

Tweet
This entry was posted on 1 August, 2020 in homepage and tagged Terrence Sykes. Bookmark the permalink.