Posted on 7 September, 2019 by Rupert Loydell 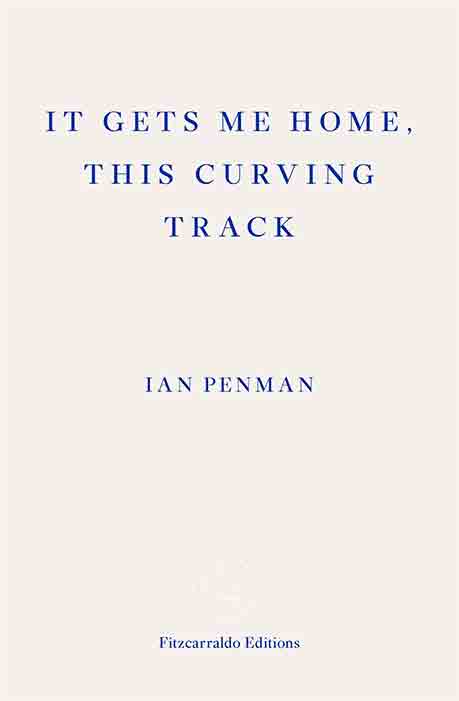 Fitzcarraldo have been a publisher to watch for several years now: their strikingly plain-looking books come two lists, essays or fiction, and in the main have been a intriguing mix of new and translated works. I rather belatedly, after publication, noticed there was a new Ian Penman book and was excited. Penman was one of the NME arty bad boy writers back in the days of punk and post-punk, alongside Barney Hoskyns and Paul Morley, and yet more recently he seemed to have gone missing in action. So I was looking forward to reading this, which is blurbed as a book where ‘legendary music critic Ian Penman reaches for a vanished moment in musical history when cultures collide and a certain kind of cross-generational and “cross-colour” awareness was born’.

You will, no doubt have noticed that past tense. I was looking forward to reading it, but then it arrived, and I was immediately confronted with two problems: firstly, it’s not a book in search of a moment, it’s a gathering-up of book reviews; and secondly, it’s a book about musicians I mostly have no interest in.

Let’s clear up the review thing first. These are reviews as articles, articles where Penman pursues a theme or thesis about his chosen subject and undertakes a kind of survey of some of the publications available to him, be they new (at the time) or older volumes. They are erudite, informed and deadly dull; polite and polished, well written and deadly dull.

But I suspect this dullness is mostly to do with my disinterest. I mean Penman is a year older than me, so why oh why is he writing about Frank Sinatra, Elvis Presley, Mod culture, James Brown and Charlie Parker? He, like me, is way too old to have been affected firsthand by any of these guys. I am someone who acknowledges Parker’s historical influence, but have always struggled with listening to bop; in a similar manner, I have always wanted to be more interested in John Fahey than I am – but Penman’s piece here doesn’t help at all. Even the chapter on Steely Dan, who I am a big fan of, is boring, focussing on the fairly tenuous links between the band and mainstream jazz. You get the feeling that Penman has fallen for some of the smartarse shtick Becker & Fagen were prone to giving out in the day, rather than making his own mind up, or following up far more interesting musical influences, connections and contextualisation. But at least Penman is of an age where Steely Dan were actually alive and playing when he was listening to music.

I don’t want to suggest we can’t listen to the past – after all, what was then present is now past – but it’s a bit of a shock to find Penman in effect rifling through his parents’ record collection. Especially when he used to be so articulate about contemporary music in the 70s, and was able to usefully and entertainingly bring cultural theory into the mix. Here, he seems more obsessed with biography and some sense of canon, a canon that many of us have rejected in favour of diversity and musical multiplicity.

The longest piece is about Prince. And yes, you guessed, I’ve never ‘got’ Prince at all, beyond the 12” mix of ‘Sign o’ the Times’. Time and radio play have done nothing to persuade me that his work is nothing than recycled secondhand soul-funk, however clever and arty it might be. Give me Funkadelic or even Lenny Kravitz any day. There’s a self-doubting sentence in Penman’s Prince piece, however, that sums up this whole project for me. Having talked about Prince’s girlfriends, sex life and religious conversion, Penman notes that ‘[s]ome fans might question the relevance any of this has to Prince’s actual music’, and he’s right, it pretty much doesn’t have any relevance, even or especially for someone who has little interest in that ‘actual music’.

If you want a wide-ranging bibliographical contextualisation of these artists, this is lucid, intelligent writing. It rarely makes many new connections, offers any excitement or refers to the contemporary. It is a stodgy, dull set of historical overviews, and goodness knows who will read it, it just seems so irrelevant, so other, so American and so dull. Please can someone play Ian Penman some contemporary music soon and nudge him out of his misplaced middle-of-the-road assumed nostalgia? It’s the 21st Century, not the 1950s or 60s, or even the 70s or 80s!

View all posts by Rupert →
This entry was posted on 7 September, 2019 in homepage and tagged Rupert Loydell. Bookmark the permalink.