Climate change’s disruption is caused
By mankind fouling his own nest.
Since no one stops him from self-harming
There may be no mankind left.

Anthropogenic Climate Disruption
(Shortened to ACD),
Means that a five degree Celsius increase is likely
By the end of the century. 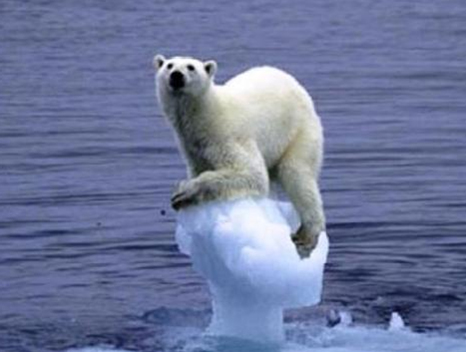 So that between now and 2100
Arctic sea ice will have gone
And the melting permafrost releasing methane
Means the air we breathe can’t be counted on.

The earth’s climate will be changing ten times faster
Than any time in the last 65 million years,
With a mass extinction to end the Anthropocene Era –
In effect a suicide, given scientists’ long standing fears. Thirteen of the hottest years on record
Have all occurred in the last sixteen;
As coal and oil are burned in acts of self-immolation –
The fossil fuel business derides going green. 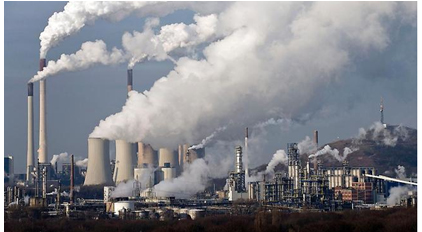 The UK Chancellor gives the fossil fuel industry
£400 million in tax breaks
While regarding renewables with their low carbon footprint
As nothing but a foolish mistake. 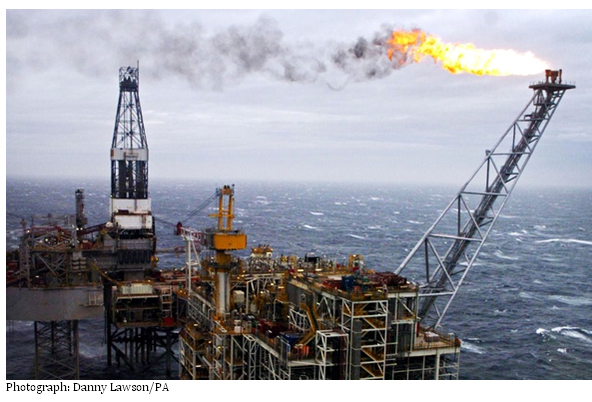 The sea’s been so acidified by fossil fuel’s pollution
It’s now failing to absorb carbon dioxide
Then, thanks to logging, the rain forest’s gift of oxygen
Is ignorantly spurned instead of being prized.

High concentrations of carbon dioxide (in red) tend to congregate in the northern hemisphere during colder months, when plants can’t absorb as much from the atmosphere. This picture is based on a NASA Goddard computer model from ground-based observations and depicts concentrations on March 30, 2006. Credit: NASA’s Goddard Space Flight Center/B. Putman/YouTube (screenshot)

The climate’s man-made and self-reinforcing feedback loops
Are now combining to heighten their destructive impact,
Resulting in what was once a balanced, self-regulating organism
Being ruled by a greedy, willful bully who’s half-cracked. 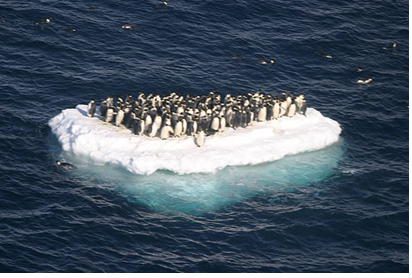 Rising sea levels are a threat to nuclear power,
Leaving nuclear installations in ruins:
The apocalypse’s music will be Geiger Counter clicks
That replace the sound of the dawn chorus. 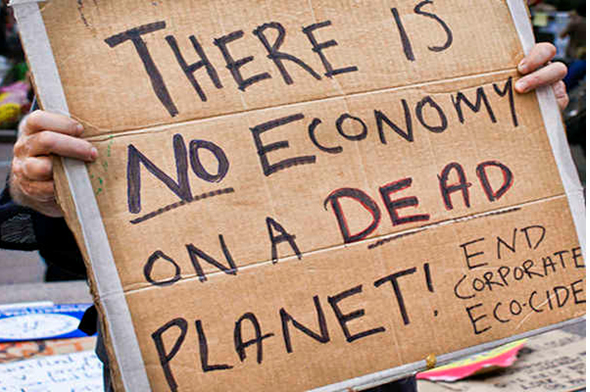 Just like King Canute, western capitalism is powerless:
One sixth of Louisiana’s landmass has been lost to the sea
The richest city in the US is built on porous limestone
Making worthless every millionaire home in Miami. 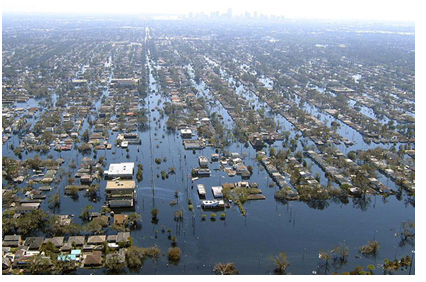 Freak weather patterns are becoming universal:
Coastal roads in North Yorkshire have eroded;
The population of Pacific islands such as Kiribati and Tuvalu,
Near to Fiji and Hawaii, are being evacuated. 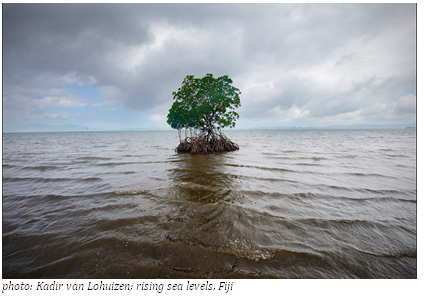 Rising sea levels salinate the top soil and make water undrinkable;
The water table’s tainted; plants are impossible to cultivate;
India is currently building a wall to keep climate change refugees out;
Amsterdam’s considering Germany as a place for the city to relocate.

A climate change storm sweeping across Bangladesh in 2009
Meant Jahanash Khatin lost the roof over her head.
Her husband died; she was destitute and she had to sell
Her son and her daughter into bonded servitude. She now spends each day collecting cow dung for fuel;
She struggles to grow vegetables in ruined soil.
She rebuilds her life but can only see more inundation
And an uncaring world that washes away her toil.

Twenty percent of Bangladesh’s landmass is due to be lost
Displacing eighteen million people in the next forty years.
By 2100 global sea levels will have risen by three to five feet.
Were the world alive it might be flooding with salt tears.

The US’s short grass prairies are drying up and US aquifers
Are polluted with uranium and human waste.
Hurricane Sandy warned the US that American exceptionalism
Couldn’t be counted on as a coastal defense.

But human beings retain two outdated Operating Systems,
Namely religion and capitalism,
Both of which give them a divine right to exploit the planet –
Both habits that stop them pressing the re-set button. 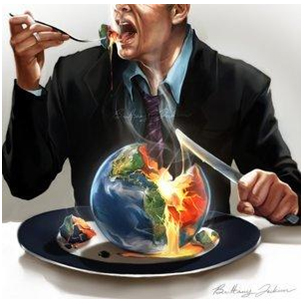 For while man’s currency persists in being based upon greed
Nothing can possibly change.
Thirty thousand species are extinct per year – three an hour – [1]
Yet it’s thought unsettling to think long range.

A Cree Indian once berated the colonial power:
“When the last tree is cut down,
“The last fish eaten and the last stream poisoned
“You’ll see that you can’t eat silver coins.” 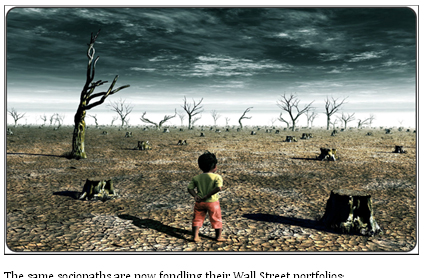 The same sociopaths are now fondling their Wall Street portfolios;
The same money-grubbers star in the Sunday Times Rich List;
Mammon’s odious groupies still profit from the exploitation of nature;
The same smug, deadly parasites are slowly killing their host. 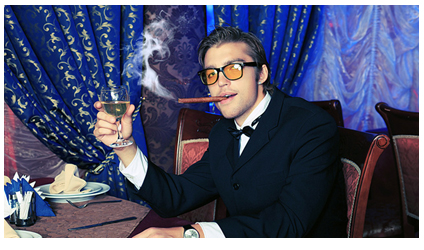 Man thinks he’s an important animal but unlike other animals,
Who wisely breed in relation to food resources available,
Man’s breeding patterns are selfish, uncontrolled and dysfunctional
Causing a population anxiety that makes him homicidal.

The US Empire has now fetishized a state of permanent war;
Its thousand bases use more resources than any country.
It creates a climate whereby lawless petrol-heads worldwide
Can incinerate the earth’s atmosphere like hungry junkies.

But when seven billion people on the planet are gasping for breath
When they’re drinking contaminated water and eating dead food
And when cities sink without trace and when the joy of living dies,
Then humanity will have lost all its sustaining sense of the good. 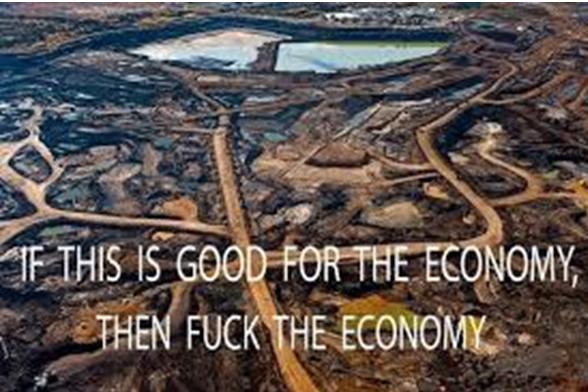 Fanatical capitalism which operates through debt
Encourages living beyond your means
As if any and every planetary resource could be reprinted
Like man’s money – worth no more than a hill of beans.

Mass migrations are projected due to food and water shortages
And by the spread of deadly disease;
Storms will level cities, spontaneous wildfires will blacken skies –
All pointing to the impotence of man’s expertise. 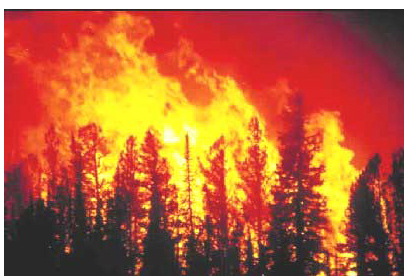 After enduring an abusive relationship with its A-list predator
The earth fights back with extreme scenarios:
Glaciers shrink, inland lakes dry up, landmasses sink, yet man
Continues to ignore the mine’s dying canary.

In the omniscient role of the Ancient of Days, William Burroughs once declared,
“Our spiritual destiny is in space”.
Man now has no choice, only a deadline, and a plan to leave before both expire
Singing, “I gotta get out of this place.”