One of the roughest, toughest, grungiest, darkest blues albums of all-time! And, it’s from a lady from Italy. 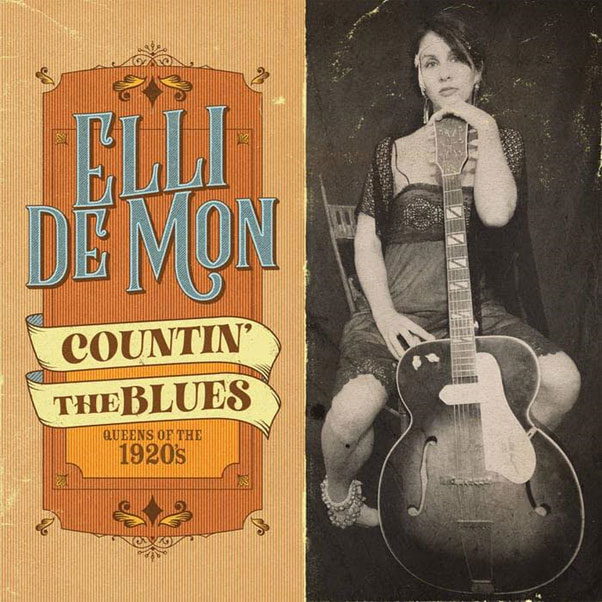 Alan Dearling tunes into the graveyard vibes of John Peel!

Imagine John Peel turning over in his coffin on hearing this new album from Italian one-girl band, Elli de Mon. This would have made Mister Peel positively salivate. It’s full of ghouls, spirits of the night and darkness. This is ostensibly a collection of tunes from the female blues-mistresses of the 1920s. But, Bessie Smith never sounded quite like this on ‘Blue Spirit Blues’:

“I had a dream last night, that I was dead.” This is Nick Cave music for feminists. A singing, multi-instrumentalist Harpy with more than a touch of the White Stripes, teaming up with the Velvet Underground. Jointly summoning up the evil spirits of the late-night bar-rooms.

At nine tracks it is short for an album in 2021, but it feels just right. Loud, grungy, whiskey-fuelled at first, downright diabolique… strange un-hinged versions of Alberta Hunter’s ‘Downhearted Blues’ and vicious, venom and spittle in ‘Shave ‘em dry’ from Lucille Bogan. Then we have four tracks stripped back to basics. These are lyrical, but still dark, just as evocative of late-night drinking and emotional despair. In ‘Trouble in Mind’, Bertha Chippie Hill’s song sounds like a quiet siren-call to The End. 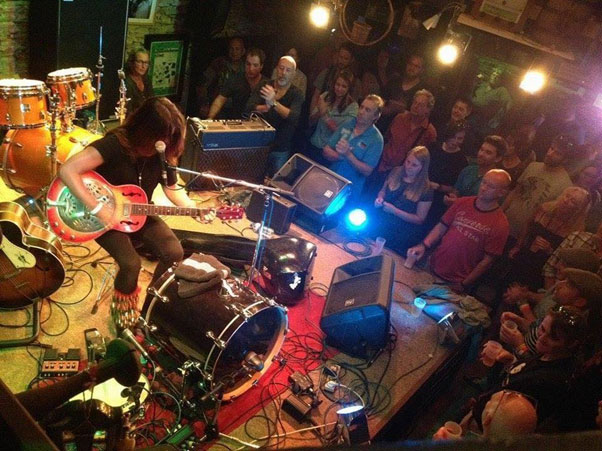 Here is 28 minutes of Elli de Mon in full flow in one-girl festival mode from way back in 2014:

It’s perhaps closest to having Bonnie, side-kick of Clyde Barrow, singing and dancing on, or, in, your grave! It’s a graveyard in the swamp. This new album also offers a mistress-class in multi-instrumentals: sitar, drums, lap-steel guitar, dilruba, vox and more. Waves of distortion. Awesome music, feminist, fearsome, fuckin’ awesome! A new Patti Smith of the Blues!

The Real Thing, deep down in the gutter blues.  Go and dig your own blues coffin…This is a Dark Star.

Her back-catalogue can be visited here: https://www.discogs.com/artist/3351066-Elli-de-Mon

Tweet
This entry was posted on 3 July, 2021 in homepage and tagged Alan Dearling, Elli de Mon. Bookmark the permalink.