Escape From The Island 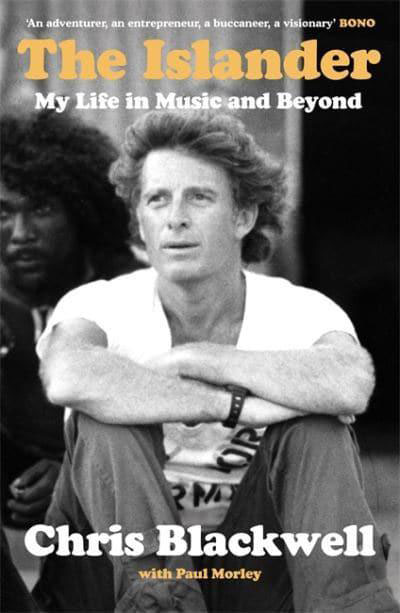 The Islander. My Life in Music and Beyond, Chris Blackwell with Paul Morley
(408pp, hbck, £22, Nine Eight Books)

You can sum this book up very easily: ‘wealthy posh man gets even wealthier selling music’, but that would do Chris Blackwell a disservice and ignore his great ear for music and his seemingly generous and supportive nature. He would stick by the musicians and bands he signed allowing them to mature and slowly gain ground, although the reverse was not always true; many would in time sign to major labels waving large amounts of money under their noses.

Blackwell grew up on Jamaica in a family who mingled with the likes of Ian Fleming – whose Goldeneye estate Blackwell would later buy – Sean Connery and other wealthy socialites, before being sent to Harrow School, from which he was expelled. Returning to Jamaica he became a jukebox filler, delighting in the music he found around him, not least the massive sound systems. Wanting to share this music, he set-up an import and export record business, before facilitating the release of Millie Small’s massive hit single  ‘My Boy Lollipop’.

He also signed the Spencer Davis Group early on, which would mean he released later albums by Traffic and Steve Winwood’s solo efforts. He also signed Free, Cat Stevens, Robert Palmer, John Martyn, Nick Drake, Tom Waits, Richard and Linda Thompson, Marianne Faithfull, The Slits, Bob Marley and U2, the last fairly reluctantly, failing to spot what others had seen in the band early on. He would also produce albums (although this seemed mostly about giving musicians room to do their own thing), set up recording studios and offices in London and Jamaica, pull together the Compass Point All Stars (featuring Sly & Robbie) to work with numerous signings, not least the mighty Grace Jones and Tom Tom Club, the Talking Heads rhythm section.

Bob Marley was, of course, a major project for Blackwell: how to market and release reggae to a rock and pop audience rather than the niche reggae markets that already existed. Marley became Blackwell’s friend and trusted him, which is why the brighter production and introduction of more rock orientated instruments worked so well, since it wasn’t foisted on the band, even if critics and dissenters sometimes laid charges of sellout. Charges easily refuted by Island’s long-term commitment to reggae evidenced by albums from the likes of Burning Spear, Aswad, Steel Pulse and Linton Kwesi Johnson.

As you can see, Blackwell had an eye for musical talent (although if you look at the label’s full discography online there’s plenty of crap there too), but he admits that, with the exception of U2 and Bob Marley, most of the bands and artists he signed aren’t global superstars (or weren’t when signed to Island). But for me, what is most interesting about Island were the 1970s releases from people like John Cale, John Martyn, Jade Warrior, Roxy Music, Eno solo and Nick Drake. Despite being labelled an entrepreneur, Blackwell seems to have overspent at various points, mostly in property purchases and development, and had cashflow problems. He would eventually have to sell part of Island to U2 in lieu of unpaid royalties, and then later sell the whole company.

The story told here is  full of anecdotes and intriguing biographical details, but even the very wonderful Paul Morley can’t make this book interesting. It is a story told by a well-spoken chap being nostalgic, self-deprecating and polite, and is one of the most boring books I have read in a long time. There’s little sense of passion or any other emotion here, it’s all cool detachment and polite distance. I’m surprised how much and who or what Blackwell funded over the years, but the best thing I found out was that if I’d been paying attention, I might  have spotted some famous, or soon-to-be-famous, musicians in Hammersmith’s Black Lion pub when I drank there. But, of course, I wasn’t.

View all posts by Rupert →
This entry was posted on 6 August, 2022 in homepage and tagged Chris Blackwell with Paul Morley, My Life in Music and Beyond, Rupert Loydell, The Islander. Bookmark the permalink.