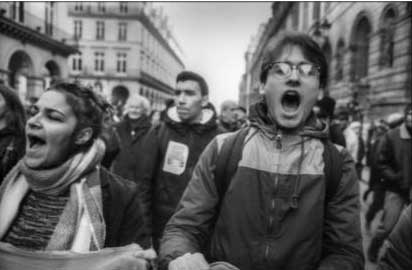 The first signs of European meltdown are showing the crude side of politics. Ukraine will not take part in this year’s Eurovision Song contest. A shame. I like Ukrainian music, but the singer Maruv pulled out over disagreements about imposed conditions by the Ukrainian national broadcaster. The Russian delegation is considering its position, though they are completely oblivious to all this, knowing full well ‘you need to be in it, to win it.’

I suppose many overlook the fact that the whole point of Eurovision was to rebuild a war-torn continent in the mid 50s. It should have been outside politics and scandal. To my shame, though, I’m guilty of overlooking many things about Eurovision too.

I’m used to ignoring Eurovision, although I kind of expect it to happen. I have the same love-hate relationship with it, as I have with the weather forecast. I know it happens after each news bulletin so, by the time the presenter shows the maps, I switch off and check the weather on my mobile phone.

This time though, with Brexit looming, I noticed that Eurovision has been going on for ages. And it has been about politics. For ages too. This realisation helped me understand why the Brexit Backstop is the real ‘apple of discord’ in the Brexit negotiations between the British and the European technocrats.

By the end of the day, Ireland has won Eurovision seven times. An absolute record. Britain only five times, with its most recent victory registered over 21 years ago. As it stands so far, both Ireland and the UK kept their places secure at Eurovision 2019.

I dread to think what would happen if Britain wins and London has to host Eurovision 2020. Or, another dreadful possibility, the Brexit Backstop stays in place and Ireland wins Eurovision again.

Tweet
This entry was posted on 16 March, 2019 in homepage and tagged John Stadnicki, Maria Stadnicka. Bookmark the permalink.