EXTINCTION REBELLION – as seen from Cumbria 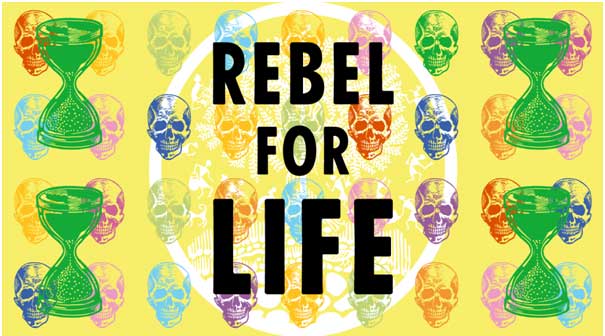 A baton to pass on,    by Lawrence Freiesleben

Having lived for years in relative isolation and felt like (another) voice in the wilderness since 1980, the sudden rising up of Extinction Rebellion is inspiring. Despite taking part in numerous protest marches and movements since 1977 and been aware of countless courageous actions by activists being absorbed or quickly side-lined by our largely traitorous media, I’m hopeful that this time, a wider cross-section of the population have begun to get the message. As Shaun Chamberlain links in his vivid post: Why I’m Rebelling against Extinction[i]: As a global society we are accelerating towards oblivion.

Attending the first meeting of my local Kendal group of Extinction Rebellion[ii] last Friday, at the Friends Meeting House, I was surprised by how many ‘ordinary’ looking people appeared galvanised by the opportunity of taking action. Some of the members there had taken part in the bridge-blocking protest in London back in November, one of many significant actions in towns and cities such as Bristol[iii], Manchester,[iv] Belfast, Copenhagen, Galway, Stockholm, Dublin, Cork, Berlin, New York and Madrid. Another member was a hardened Greenpeace activist who outlined the different levels of roles available to anyone wishing to take part in the holacratically[v] organised, Extinction Rebellion: You don’t have to be arrested if you feel that’s a step too far. Everyone interested at any level is vital.

Petition organisations like Avaaz and 38 Degrees have achieved amazing things. What we can only hope for next, is that all such groups along with old campaigners such as Friends of the Earth and Greenpeace can overlap and work in unison to stir our useless government into action rather than justifications and excuses. Better still, we need to begin the process of dismantling our entire omnicidal[vi], Neo-liberal system[vii]. It needs to be replaced – every last lock, stock and stinking barrel!

Anyone reading this, please look up your local branch of Extinction Rebellion. They are springing up everywhere and have already spread to 35 countries abroad[viii]. This emergency cause is one that the internet and (dare I say it given my own abstention), social media – were born to facilitate . . . a cause which might partly excuse much of their blatant consumerist triviality. Please go out (or stay in) and spread this idea as far and wide as you can! https://rebellion.earth/

We are facing an unprecedented global emergency. The government has failed to protect us. To survive, it’s going to take everything we’ve got.

On 26 October 2018, about one hundred academics signed a call to action about the ecological crisis:[3]

[…] The science is clear, the facts are incontrovertible, and it is unconscionable to us that our children and grandchildren should have to bear the terrifying brunt of an unprecedented disaster of our own making. […] Our government is complicit in ignoring the precautionary principle, and in failing to acknowledge that infinite economic growth on a planet with finite resources is non-viable. […] When a government wilfully abrogates its responsibility to protect its citizens from harm and to secure the future for generations to come, it has failed in its most essential duty of stewardship. The “social contract” has been broken, and it is therefore not only our right, but our moral duty to bypass the government’s inaction and flagrant dereliction of duty, and to rebel to defend life itself. We therefore declare our support for Extinction Rebellion, launching on 31 October 2018. We fully stand behind the demands for the government to tell the hard truth to its citizens. We call for a Citizens’ Assembly to work with scientists on the basis of the extant evidence and in accordance with the precautionary principle, to urgently develop a credible plan for rapid total decarbonisation of the economy.

Tweet
This entry was posted on 26 January, 2019 in homepage and tagged Lawrence Freiesleben. Bookmark the permalink.