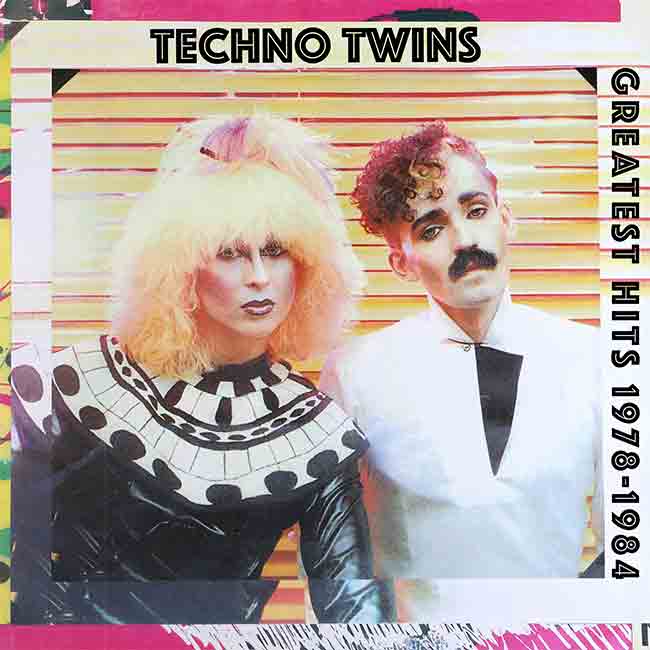 Once upon a time there was a punk revolution. Although to many people it seemed like garage or pub rock taken to a loud extreme, it caused much re-assessment, cutting of long hair and time to think. It didn’t take long for keyboards – which had been pretty much disregarded by punks – to return to the mix, and the more interesting music that we now call post-punk happened.

One thing punk did do was open up music to anyone, so in the late 1970s there was a resurgence of live venues, with bands prepared to try things, and draw on a wide range of influences, from krautrock to musique concrete, via reggae, minimalism and improvisation. For a few glorious years there was room for the sax and vocal explosions of Essential Logic, alongside the feminist explorations of the Slits and Raincoats, electronics from early Simple Minds and the deconstructed pop of XTC, not to mention hundreds of other bands who didn’t make it, but did get themselves record deals and adoring fans.

One such band were called Fish Co, who worked the pub circuit hard before changing into Writz and then Famous Names. Renowned for their stylish and energetic performances along with a clever use of lighting and props (including a rubber guitar, an empty TV frame, and much else), they would regularly sell out the Music Machine, Marquee, Greyhound and other venues in London, not to mention college and university gigs around the country. Oh, and they had a huge following across Europe, which resulted in them charting there with a flirty 100mph cover version of Petula Clarke’s ‘Downtown’.

Unfortunately, enthusiasm, musical pedigree and art-school antics, not to mention record labels going bust, simply didn’t allow for a band to continue. Front people Bev Sage and Steve Fairnie morphed into The Techno Twins (as well as other incarnations such as The Technos and a more experimental side-project Casualtease). As a duo they embraced technology for their own ends, in both the studio and in concert, and were able to gig without a backing band and yet keep their onstage dynamics.

Fairnie, who unfortunately died back in 1993, was a first-rate showman (as well as Charlie Chaplin lookalike and chicken hypnotiser), able to provoke, entertain and charm any audience. I have seen him whip up a crowd using a megaphone, for an imaginary live radio broadcast, and also sit on the edge of a stage gently talking to several hundred fans. In a similar way, Bev Sage could seduce, confront or confuse an audience, moving from flirtatiousness to distant femme fatale or quiet confidante.

This personableness, along with an exquisite attention to fashion and musical detail, was one of the factors that got the Techno Twins adopted by the new romantic movement. They toured with Shock, an exuberant and fiercely sexy dance company whose ranks included the robotic dance duo Tik & Tok, featured in various videos, and Bev guested as ‘Queen of the Rapping Scene’ on Modern Romance’s hit single and video (not to mention Top of the Pops appearances). Somehow they managed to combine a retro interest in the likes of Marlene Dietrich and Glenn Miller with futuristic electro dance music as well as pure pop.

And now, many years too late for fans like myself, there’s a new Greatest Hits CD, carefully remixed and remastered, and with new vocals, spanning a poptastic six year period of musical delights.

The CD (or download) kicks off with the short version of one of their great neglected singles, ‘Foreign Land’ (check out the dub and 12″ versions if you can find them), before ducking and diving into and through waterlogged ballads such as ‘Crying in the Rain’, reinterpretations of ‘Falling in Love Again’ and ‘Can’t Help Falling in Love’, and the synthesized pop of ‘Techno Refiugee’ and ‘Night-time Heaven, not to mention the disco-funk single ‘Hype’ which was released to accompany the Virgin board game of the same name (which Fairnie co-created). (Hype: ‘The only board game with all the slime and grime of the music business.’) They’ve even snuck in an older Writz track, ‘Movies’ as a nod to their past.

It’s an exhilarating and upbeat listen. Jake Fairnie’s remix and remaster has brought out various nuances and instrumental layers, the whole thing is foot-tappingly bright and energetic, with lots of new vocal and percussive detail. I’m no dancer, never was, but this neglected classic deserves some dancefloor outings, as well as personal playlist celebration and attention. Me? I am reliving my youth and falling in love all over again…

More information about Greatest Hits 1978-1984 at https://technotwins.co.uk/, where you can buy a CD direct or link to Spotify, Amazon, Apple, CD Baby etc.

All you could ever want to know about Steve Fairnie is at http://fairnie.at-sw.com/

View all posts by Rupert →
This entry was posted on 31 August, 2019 in homepage and tagged Falling in Love Again, Greatest Hits 1978-1984 Techno Twins, Rupert Loydell, Techno Twins. Bookmark the permalink.