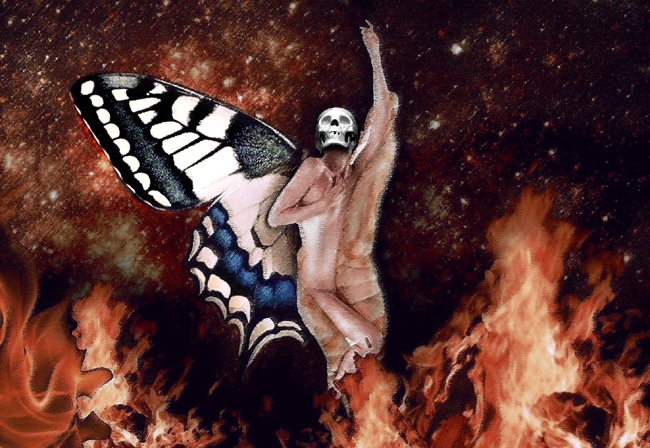 It cannot be refuted that facts are factual.

Upon this given however, a secondary concept emerges and a personal view regarding a given fact arises known as ‘opinion’. Opinion covers a broad spectrum of possibilities, from the pedantic to the poetic, and can range willy-nilly over a rich landscape of fascinating topics, from metaphysics and philosophy, to religion, art, or football. However, in these times an unhealthy practice prevails of giving opinion the status of fact, which allows any blockhead to air his/her opinions in a matter-of-fact tone, whilst regarding any reference to the facts-of the-matter as the ravings of a madman. All power thence passes to opinion which competes with its variants until there emerges a clear and sustained winner. The winning view then becomes ‘reality’ and is accepted unquestionably as a given.

The important distinction between fact and opinion, when lost, leads to confusion and muddles the mind of the electorate, who then lose their power of rational thought and can no longer discriminate between that which lies before their eyes and the charismatic smokescreen of any out-and-out charlatan. This confusion also plays directly into the hands of ‘government’, since without rational thought the electorate are unlikely to recognise and bring attention to the skullduggeries of power, and allows the most distorted and ridiculous cultural forms to flourish. Shopping for instance; or mobile phones; vacuum-cleaners, electric tooth-brushes, electric hair-dryers, washing up machines, clothes-washing machines, electric tin-openers and plastic; plastic, plastic.

All these cultural forms and appliances are socially acceptable, and create a comfortable cocoon to hold at bay awareness of the awesome distances that lie between the stars; but as far as an expression of the highest human endeavour goes, we have hardly built Jerusalem in England’s green and pleasant land.

Bill to his friend George.

‘Tell me, George, what do you think about the colour blue?’

George: ‘The colour blue? In my opinion it’s red.’

George: ‘OK. ─ Donald, what do you think the colour blue is?’

There follows a lengthy yes it is – no it’s not argument. Finally, since it has to be admitted that purple does contain some red they agree that blue is purple, and poor Bill has to forget green and go along with the consensus.

Bill addresses Norman. ‘I say, Norman, what is your opinion on the colour blue?’

Norman: ‘Well for a start blue is blue.’

Donald: ‘I’m not listening to this crazy stuff.’

View all posts by David →
This entry was posted on 31 January, 2013 in homepage and tagged dave tomlin, differences of opinion, Elena Caldera, Fact vs Opinion, power lines. Bookmark the permalink.