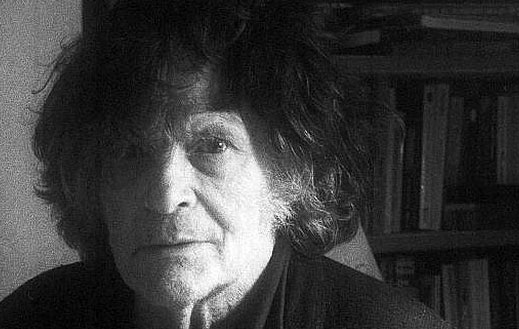 I missed your deathday this year, ensnared as I was
In pet projects. But I will write to you again on your birthday
And as I do now, bound by touch
of thought
To the keys and in the smoke and stir
Of creation, in which you always fired the kind of flame
Art can clutch. Just as you did to life, until your last moment,
Which you would have rhymed, Heathcote with all
Of the fast times before; the days of action and verve
In which you shook buildings from chimney stack
To foundation stone, seeking a Huxley like open door.
From Beiles to Burroughs you roused, from BS Johnson
To Beckett, from Percy Bysshe Shelley to Pinter,
You were the Wolf Henry housed, writing AC/DC
While ensconsed in his and Susan’s Sloan Square walk-in
Wardrobe, filling a Victorian ledger with the pyschedelic
Stains drugs caroused. Grand book closed far too soon,
You are now a work of translation. The words you left
Welding onto and through memory. As we think of you now
We renew the force your form gifted. We, the still grounded
Are landlords keen to give your shade tenancy. Where are you?
Write soon. Sign a slow, sly cloud. Colour rainfall.
Whisper to the wind that stacks stanzas like a column of air
On gnarled trees, whose branches I pass, thinking of your hands
At the writing, as if in each park, street and garden, you were
Reaching out ceaselessly, to shape what we see,
While encouraging a new way to express it, in which
Reach rhymed with reason and in which death
In the very best sense meant release. It has been five years
And you are in the same place as Merlin, another past,
Cast magician who is sleeping now under earth
While being part of it, to stir on, as the buried waters
Beneath river England, moving through soil and rewriting
The Kingdom we thought was lost, to seek worth.
You are now part of that change, whether as dust,
Or as spirit. Five years on I think of you, as I did as a child,
As a myth. And then as a man I got my grail and befriended
You: one of my first inspirations. Today, the legend lives on.
We still love you. The scope of our embrace is galactic.
It is as high as the sky. Arms are open.
Look, they are as wide as the world.
Feel that width.
David Erdos 26/7/22
.
Tweet

View all posts by David →
This entry was posted on 30 July, 2022 in homepage and tagged David Erdos, Heathcote Williams. Bookmark the permalink.