TO THE UNKNOWN MAN 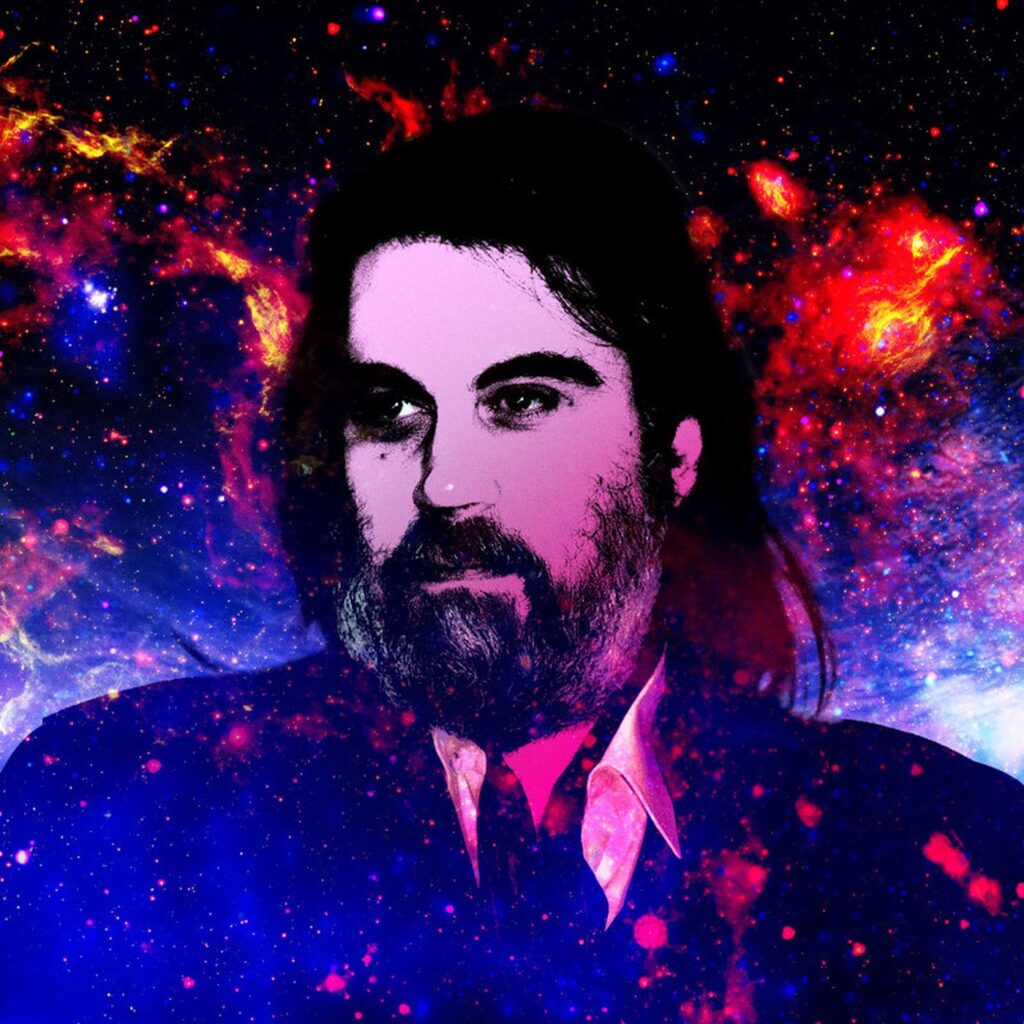 For Vangelis
Your special textures soothed all, as if synthesised sound
Clothed air’s structure. Your surprisingly thick fingers
Stitched the sheen of the stars to plugged pulse.
The cosmic frequency caught steered all manner
Of craft from blurred backgrounds, as your themed
Dreams echoed the astral from how black and white keys
Can consult. You played how men run, through both
Legs and the spirit. You played the accurate sound
Of a spiral, and a replicant’s unmatched cry.
A panorama of sounds which stem from your own
Sun-stirred Greek Island, where as a four year old
Child you could soundtrack the rhythm of clouds
On clear sky. Set against the Aegean display
Of surrounding glissando waves sourced before you,
You would have placed fat hands into water, as if
They were conducting the tactility of the tide.
Later machines allowed you the breadth and scope
For sound oceans, but even on early piano and organ
The textures you scored opened wide what song
Could achieve by alchemising electrics. 666 does this
Grandly, Aphrodite’s Child’s great LP. Prog Rock at its best
And from the same sands that Sophocles walked on,
Which the Four Horseman trampled down by ensuring
That the Seventh Seal trapped the free. It is still ahead
Of its age; a truly a startling album; diverse, strange,
Transcendent, undisciplined, yet refined. It breaks ancient
Ground, as well as the waves sent to soothe it. And was
The first of your musics to score the heart and soul, air
And mind. From then, your own Earth, and the first
Of your soundtracks. Chariots of Fire, Bladerunner,
Antartica, Alexander and 1492. The Friends of Mr Cairo,
Of course, contains all Noir movies, and the albums
With Jon Anderson play like angels forming a band
To sound true. You seemed to play endlessly, as if
Music flowed through. Lifeblood and heartbeat, set in
5/6 or 4/4. But with each sound secure, set and aimed
By an expert, as in Anderson’s anecdote of you, firing
An arrow straight down a Parisian corridor.
Your music is missed. Despite anyone’s taste, it still
Flavours the sound and sense of the future or the mist
And mystery of the past. Nobody seemed to know
The true you. You hid worth with girth and behind
Your ponytail and piano. Evangelos Odysseas Papthanassiou
Now stars play you. May you find your way home.
Your quest lasts.
David Erdos 25/7/22
.
Tweet

View all posts by David →
This entry was posted on 30 July, 2022 in homepage and tagged David Erdos, Vangelis. Bookmark the permalink.