FOR AN ANXIOUS GENERATION

WITH A PSYCH-POP SURVIVAL GUIDE 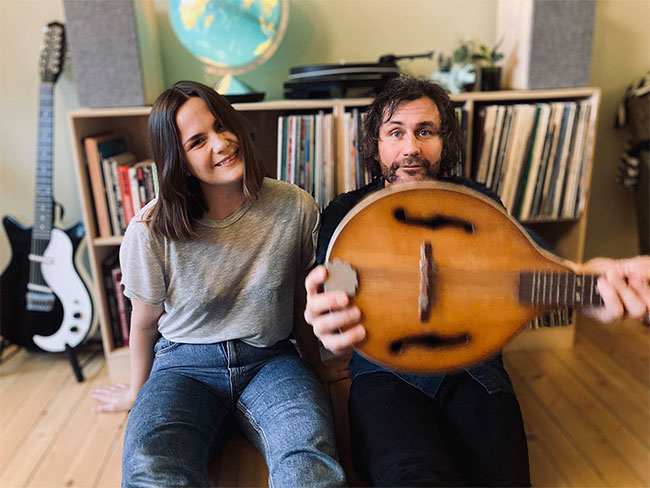 ‘Scuse me, while I fall from the sky. Is this the fourth or fifth arboreal psych-wave, after the Paisley Underground, Teenage Fanclub, Shoegaze, Dream-Pop, Noise Spectrum and all the other acid-revivalists? I lose count. But Misty Coast make a wish. And the wish gets cladded in metal and jewels, and it flies, it’s a machine like half a thousand great watches all ticking and whirring, one inside the other, a machine that quivers and trembles with ethereal harmonies located beyond the sky at the very tenuous edge of the atmosphere. Intro as well as outro-spective, in a dream continuum that ‘Electronic Sound Magazine’ calls ‘sonic gorgeousness.’ The single “Do You Still Remember Me?” is downright strange. Subtle swoops woven into textures going deep into the curve of ripples until your ears are buzzing. Although even their Lock-Down front-room performance retains the sky-clad haunting quality. 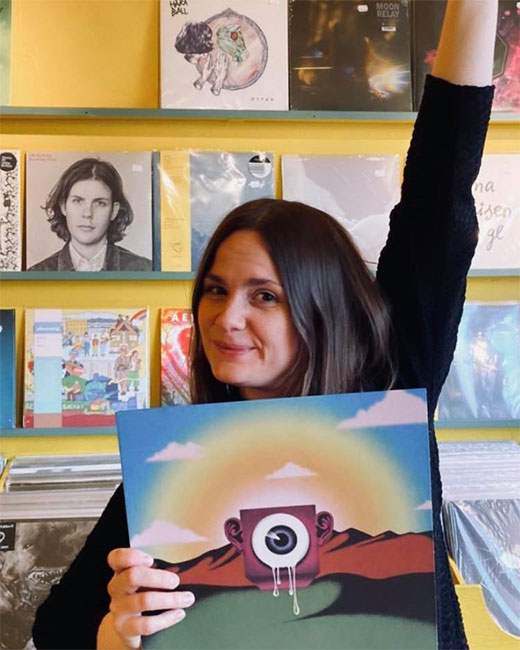 That unplugged set shows just how strong the song is when it’s stripped of studio effects. ‘Thanks!’ says Linn brightly. ‘Yeah, most songs on the album can actually be done stripped down, and still make sense somehow. A few of our release gigs this springs are duo shows, and will be done in this vibe. But probably not on acoustic guitar though.’

Misty Coast are the heavenly synergy of spaced-out Norwegian Indie duo Richard Myklebust and Linn Frøkedal. She has long centre-parted hair. He has a tidy beard. There’s an illuminated world-globe beside the record-player turntable on a unit beside the wall crammed with vinyl albums. The light of the world. A potted plant with huge green succulent leaves. A triad formation of three white lights shining at the plush red chair.

They’re in the room where they made that acoustic demo, so you get a visual image in my mind. ‘Correct. We’ve been here most of the time since corona.’ But they have books. They have music. What are they reading? What are they listening to? ‘Right now we’re both reading Norwegian literature. Richard: Seshan Shakar ‘Tante Ulrikkes vei’ and Linn: Pedro Carmona-Alvares ‘Refrenger’. Lately we’ve been listening a lot to bands like Mint Julep, Big Thief, Fucales, Orion’s Belte and old classics from The Byrds, Mazzy Star, Flaming Lips and Nick Drake. We will never get tired of listening to the Byrds.’ 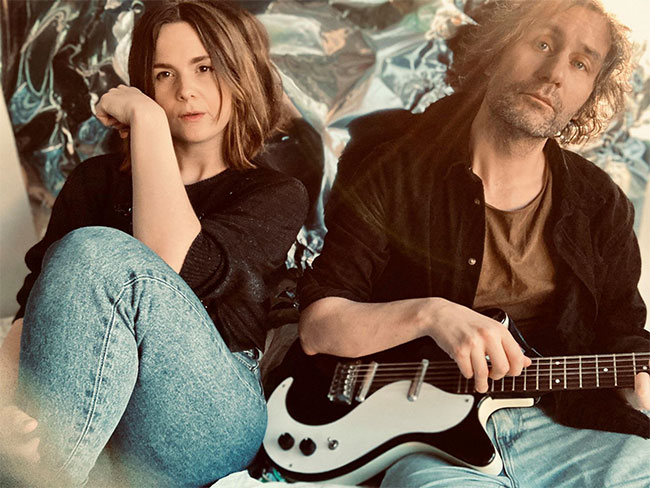 ‘We’ve been writing together since we started recording music with out previous band, The Megaphonic Thrift. We also live together, so it’s easy that way. Our first album was self titled and was released in 2017 she explains.

Is there a good scene in Norway that supports thier spacey Psych-kind of music? ‘As you probably know, Norway is not huge, HeHe, but the experimental music and psych scene is strong in the biggest cities.’

Following their second album ‘Melodaze’ (2019), assisted this time around by drummer Kim Åge Furuhaug (of Orion’s Belt)… ‘I think most people updated on the Norwegian music scene knows Orion’s Belte by now. They are great, and are making lots of really interesting instrumental tunes.’ Together they’ve create a machine made of gold and steel and rubies and pulsing light… with ingots and rods, crystals and carved shapes, swirls and curls of preciousness. There’s more here than meets Steven Duke’s melting eyeball cover-art in Linn’s enticingly ethereal wisps of suggested sonic seduction. “In A Million Years” has the harder edges of Cardigans velocity, tweaked by the production skills of Emil Nikolaisen. ‘The song represents a recurring theme on the album’ they explain, ‘and it lingers in thoughts about whether we should choose to ignore the reality outside of what we experience as our world – or if we should dare to seek a larger, perhaps unpleasant truth.’ Yes, exactly. Richard up-fronts vocals on the labyrinthine sound-swooshes of “Sugar Pill”, after all, the pill ‘that mother gives you, don’t do anything at all.’ It’s a rabbit hole that swallows you up then spits you back out again. The title track, inspired by the universal sensation of dream-falling, creeps up on the back of your mind unawares and mugs you with a blown storm of electric dandelion seeds. A survival-guide to the anxieties of living, exploring communal unease, the press hand-out announces an ‘album’s Psych-Pop dreamscape grounded by themes of loneliness, insomnia and social anxiety.’ And for once the hype is for real. ‘Hey Andrew, thanks for listening to our album! We are really happy you are enjoying it.’ 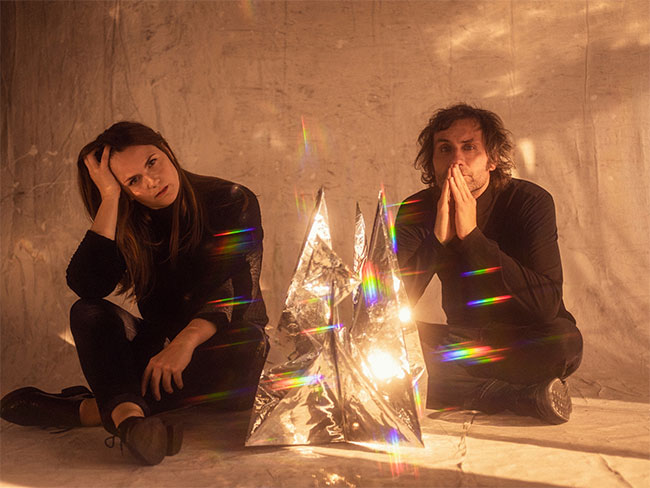 ‘WHEN I FALL FROM THE SKY’

(3) ‘In A Million Years’ lifted as single

(9) ‘Do You Still Remember Me?’ lifted as single

View all posts by Andrew →
This entry was posted on 21 August, 2021 in homepage and tagged Andrew Darlington. Bookmark the permalink.