From Albion to Shangri-La 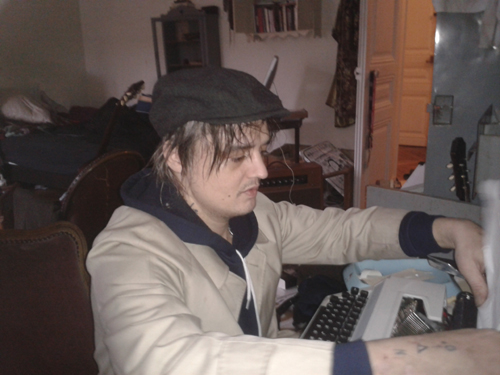 It’s a good sign when you open a book and you can’t put it down. In these
seen-it-all-before days it’s an unusual one too, to have a surprise, to want to turn the
page with a sense of racy excitement. I read a review of From Albion to Shangri-La that
stated that Pete Doherty’s second published journal was ‘a must for fans and devotees’,
which I feel to be some way off the mark. Whatever your knowledge or perceptions of
Pete Doherty as rebellious rock star, troubled, drug-addled tearaway in and out of rehab,
or infamous boyfriend of famous supermodel, this independently published book stands as
a work of words as art – literature as a work of art.

An utterly unique and original voice springs to life from the first page. Every page is
essentially a prose-poem (with occasional input from his friends, and from Shakespeare,
Wordsworth and others) eloquently rattling his fierce intellect against the rigid confines
of conformity. Peter and his editor and publishers have succeeded in crafting something
other than a mere book or a journal, they have captured, through their combined talents
and dedication, some rare essence of freedom itself. As our freedoms of speech, thought
and movement are eroded by the day, there is a liberation in these pages of
freewheeling defiance, strangely old-fashioned yet timeless, more resonant of the poets
of bygone eras than the jaded, resigned compliance of the Noughties. It’s easy to trot out
comparisons: Byron, Shelley, Coleridge, Lorca, Baudelaire, Verlaine, Blake, Wilde,
Rimbaud, Kerouac, Burroughs…yet even these seem constrained in comparison to the
spirit that takes unfettered flight when he puts his anarchistic pen to paper. His
writing is formless, directionless, drifting, like a cloud, yet it works.

Nina Antonia, his understanding editor and literary soul mate, has taken his scattered
non-linear scraps of writing and made an exquisite literary collage of them and again, it works
beautifully. She aids and abets his rebellion: small independent publishing is perhaps the answer
and the future for anarchistic yet nurtured flights of free thought and philosophical fancy, a
possible renaissance for talent and originality outside the increasingly boring, controlling
publishing mainstream. Therefore Peter is allowed to breathe his free-flow poetry in
print: even the squalor, decadence and disasters are transformed into something of
poetic relevance, creating another realm outside the ordinary, which is the poet’s job.
Weaving through it all is Pete’s essentially sweet and compassionate nature, admirably
devoid of bitterness or rancour no matter what the trouble, and always looking outwards
rather than in, refreshing in these narcissistic, self-obsessed times. And out of the
tormented debris emerges the memory of the long lost romantic rogue, cavalier yet ultimately a
lover, not a fighter, who reminds us that it is the world that is shambolic and chaotic,
the poet is merely the dazed messenger, and that Albion, Arcadia and Shangri-La used to
actually exist as facts of history in our dreams, and we’ll get back there, whatever it takes.

This is not to condone the various nefarious elements of Pete’s vagabond life. It is hoped
he can emerge from it all, unlike some of his less fortunate friends and contributers to
this book. To re-word a song, it’s heroin that’s a losin’ game, not love. There is no glory or
romance whatsoever in such an end. A waste in all ways, not least the fact that poetry,
music, art and all forms of creative expression are a cathartic salvation for creator and
recipient alike: a divine gift and responsibility.

So, From Albion to Shangri-La, not just for fans and devotees after all, though it
becomes more apparent after reading this book as to why he elicits such devotion among
his followers. The real star of these journals isn’t the outsider crashing the celebrity
lifestyle, the rock n roll indulgence and debauchery, the nymphs, groupies and ballerinas,
the entourage, the vaguely sketched, half remembered stories – nor even his main muse
and love who haunts this book throughout and to whom it is dedicated. It’s not even Pete
himself, or his bands the Libertines or Babyshambles, all of which may appeal mainly to
the aforementioned fans and devotees. The real star is his gift as an extraordinary
writer, journalist and poet of his time. I’ll put this book on the bookshelf alongside all the
poets and writers mentioned above. It seems to belong there. 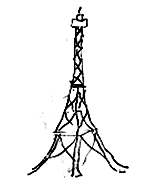 With thanks to Susan de Muth and Nina Antonia.

FROM ALBION TO SHANGRI-LA

Transcribed and edited by Nina Antonia

A pocket book for the wanderer & flâneur

With original illustrations by Peter Doherty.

Best known as a musician, Peter Doherty has been in the writing habit for most of his life and his first book, The Books of Albion, was published in 2007. Since then, Doherty kept an anarchic catalogue of his life, his times and the antics of his vagabond celebrity entourage. As a collection, it is part stream of consciousness and part commentary charting his state of mind during a seven year period as erstwhile frontman, songwriter and lyricist of Babyshambles – the creative vehicle for the bumpy road of his post-Libertines career.

From Albion to Shangri-La is an unapologetic account by the misfiring romantic poet in full flow during the stuttering fame of his hedonistic, celebrity-fuelled lifestyle. This collection of uncensored words, accounts, thoughts and sub-conscious reflections from Doherty follows in the tradition of dangerous books by the likes of William Burroughs, Charles Bukowski, Alex Trocchi… all hailed now as great writers, yet back in the day their early titles courted an atmosphere of disapproval. Who would have thought accounts of junkies, thieves, sparring lovers and the forbidden rituals of a city would become a defining literary expression of a social era? The contents of Doherty’s journals have much in common with these works: the ebb and flow of consciousness; the (often narcotic) dream states and confessional meanderings; the incisive analytical observation; the vivid sex scenes; the beautiful prose-poetry; and last, but not least the alarming misadventures of an artist in full confession.

From Albion to Shangri-La is an important book for anyone from the post-Nirvana, Generation X Factor decade who dreamt of celebrity and fame but were too frightened or sensible to pursue it. Peter Doherty and his contemporaries (like Amy Winehouse and Peaches Geldof who are both free-styling contributors to the book) epitomised the nihilism of the noughties. It captures the filth and the fury as well as the poetry and the pathos.