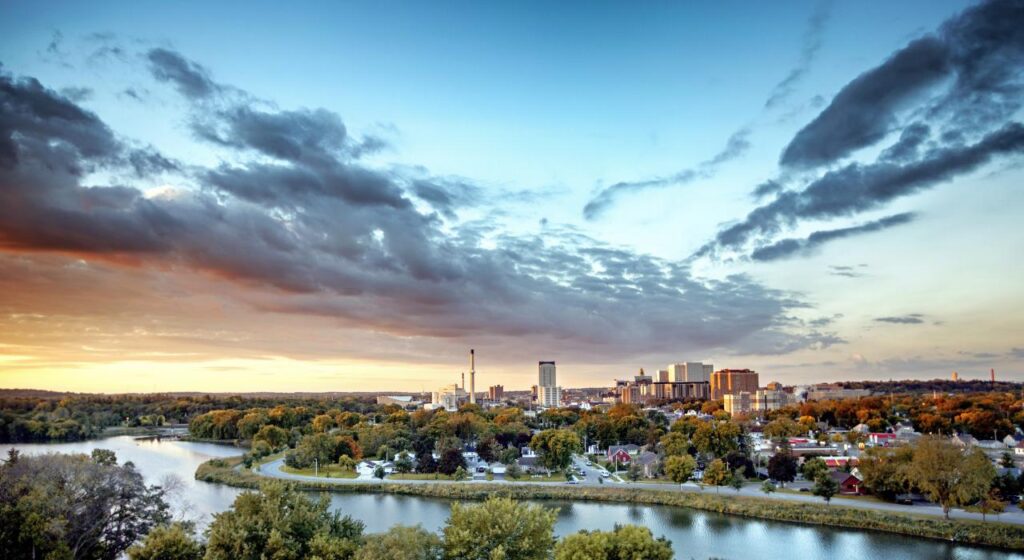 It’s snowing from Rochester, New York, west and I have abandoned all pretence of autobiography; what is important flees west with the snow, swirls against the walls of the Niagara escarpment, disappears towards Georgian bay. Can it be retrieved, or is it a product of the imagination, a vast concentric circling of the planet to establish personal motion, to ward off the devil, to uncouple event and person, allowing only the sun entrance and the flat side of the autumn rain? The westward progression of snow marks the outer limits of spring, that difficult line of embarkation and delivery, that indistinct zone between air masses that defines the oscillations of the blood in the month of March, in the caverns of the soul, the blackout zones that no other eyes can perceive. While walking along the canal, I have seen various spills, some colored dark blue, almost cobalt, others more like oil rainbows or the sheen emanating from too many sources of light all trained on one object and even that through grass or steel, reflecting and altering the compilation of electrons, the lines necessary for clear apprehension of presence, for the object itself to shift and display each aspect in succession, but that is erroneous, no object ever displays anything in succession. The waiting is long, and often tedious. The snow continues, the object disappears from sight, or the angle of view changes. I am still inside the house, wondering if the lakes will ever release the sun, if the ice will recede and the vast plain reopen, to be populated with daisy and fritillary, with cornflower and clouded sulfur; the tines of the eyes are strung close together, not unlike those of a simple wind chime. What is chiming this morning alongside the snow, the driving wind, the cold flowing from bottom to top, top to bottom, etching, realigning, creasing, covering when the body itself has no other place of rest cannot be distinguished from the wind itself, from the falling cycles of the day, spinning, reeling, cartwheeling along the lines of sight. A chiming deep within the air itself, a chiming based on melodies struck in granite and rhodonite, in tourmaline and garnet. The air rises too swiftly to follow, the body remains, as the snow continues westward, following the curve of the lakes, the downdraft of the rugged plateaus, the shallow basins left behind as ice receded. It is snowing west of Rochester and all pretence of autobiography has been abandoned. The first name left on the snow would be Grace or William; the first place somewhere above the Chesapeake, along a line running from Sinsheim to Hanover and then down towards Hagerstown in the black folds of the Civil War where lance-leaved coreopsis and spotted Joe-Pye weed have long flourished.

The site remains almost fixed. An agricultural valley with abrupt hills, still wooded. A city neighborhood whose landscape eludes me. The fiction of belonging, even though there is no direct link, no line of belief established without straining or inventing. A face seen only a few times, and on the surface of a photograph that seems to raise more questions than it answers. The tilt of a head, the rather somber, dark countenance, steady gaze, an impression of another era, to which I have not yet found the clue. The enigma of almost twenty-five years rotated out of sight. My years, spent moving from Niagara to New England, from the flat broken plains of bankrupt steel and chemical industry to the sharply pitched landscape of the country’s greatest city. Somewhere in the folds and creases of my being the awareness of another landscape has remained. Occluded, deformed perhaps, half erased, smudged, lined with other people’s impression that ran like a coarse and heavy-handed grid across my consciousness. A certain hammering of the blood, a grinding of bone, straining of muscles to comprehend when the stories had other components and the landscape was firmly focused on Katahdin, on the bold axis that ran from Fort Erie, Ontario, to Millinocket, Maine. In 1996, I saw the beige mirage of Potomac cliffs, the vast shimmering surface of the Chesapeake over which I passed rapidly, but gazing into the waters as into a Homeric sea, fish-bright and bountiful, although I knew fully that the ravages of modern life had altered the character of this sacred expanse of inland Atlantic waters. Incursions, as into a war zone, gathering quite quickly the impressions that have lingered. Dark waters and duck currents, the bends and bands of inland marsh, bird-rich and powerful, where wild grain grows rapidly, a kind of rice that feeds the soul, multi-colored and rich, long grained and succulent. A new word to add to the common vocabulary, an expansion of Chesapeake to include Maryland. Several years ago, a spring blizzard rose up out of the ocean and swept across Maryland and into southeastern Pennsylvania. The snow was ice-edged and wild; it accumulated rapidly, leaving the zone of grain and gold to spread northward. Susquehanna’s waters are white tonight; they call the soul with insistence, moving along a line that I can only perceive with my heart, almost indistinguishable from the snow, from the sun’s deep sheen from behind the storm, a line leading northward to New England, drawing Chesapeake waters along the rivers, flooding and illuminating what is now an ancient land, a farm whose woods and fields come from another era, a sacred site on the long, bending landscape of American blues.

It is snowing from Rochester west. St. Patrick’s Day has passed; all the green beer has been poured, the shamrocks waved, the Celtic songs finished. It is snowing along a line that runs south-southeast from Niagara, along the grey-green spine of the Appalachians. March fog covers Hagerstown and the apple orchards beyond Carlisle are soft and pure. I have abandoned all pretence of autobiography; it is art that captivates the soul, the details of any one existence are forever invented; each fragment unearthed establishes another line, another land, another site. We are whole only in the long evening’s shadow before death, when even prayer can no longer rise, and the body has made its final peace with the night around and with the warmth that comes from deep within the earth.

Tweet
Tweet
This entry was posted on 26 November, 2022 in homepage and tagged Andrea Moorhead. Bookmark the permalink.

One Response to FROM ROCHESTER WEST