FROM THE INSIDE OUT 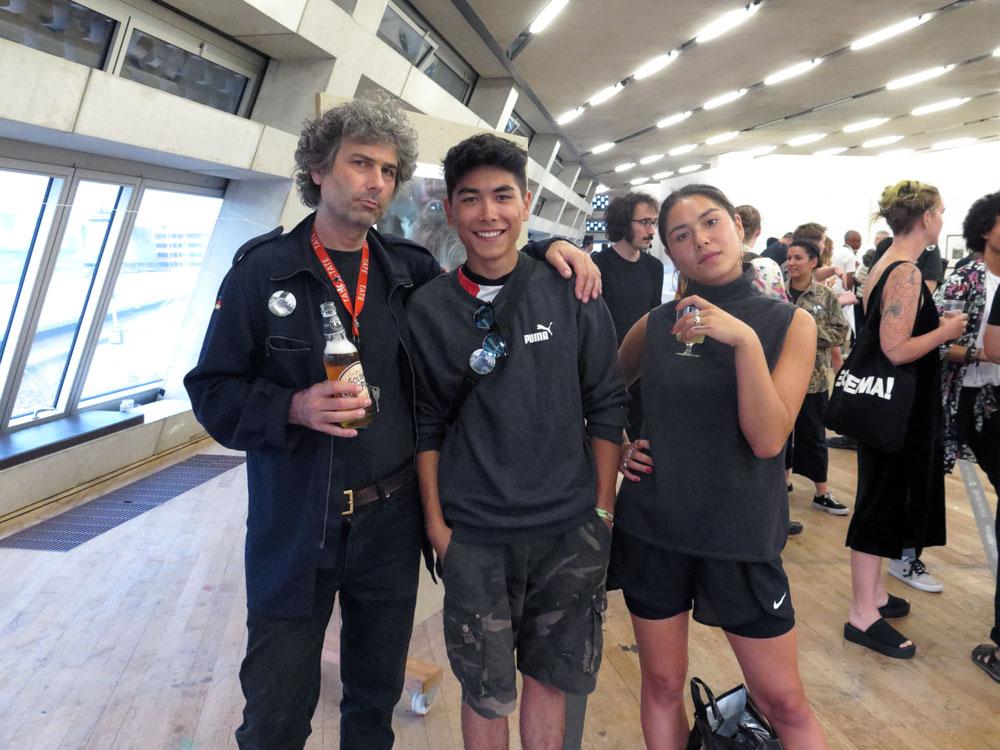 Its surface sheen only shines thanks to the support others give it,

By which I don’t mean its numerous proponents or sponsors,

But rather the workers within it, in guards and admin, artists all

In their own right, beating and painting the often stifled drum labelled truth.

For many years they have sought to express their work and life through wall flesh,

But celebrity’s crazed apes outside have been beating their own shallow chests,

Obscuring the blood that populates the veins of the building and renders it special,

Allowing it to become something else; in fact, a proper body organic,

A building truly alive in a bare space, where substance and style veterbrae,

Shadowed behind the prized pieces, there are other worlds and work on display.

The Tate Modern Staff Biennale is the exhibition that shows this.

A commune and collective made of those whose arms and legs work the Tate,

Underrated, at last anarchy attain the radical right of judgement

With INSIDE JOB, a curation of their visions and views for Art’s Sake.

That these workers within have encountered as they chiselled their way

Towards play. At a public meeting years back questions were put to Chris Dercon,

And did not deserve their full say. The communication of art is what keeps art alive

Himself between arse cheeks as his portrait in the book now attests.

It showed the problem for sure; a form of class struggle, in which those hype

Is made for, supercede those who make. And so a bright team was formed

To focus light on those caste in shadow, the Dircon damned who survive him,

Representing every department on hand

From Visitor Experience through to Art Handling and retail,

Those stunned apes, who find no other reflection than theirs

Across the digital page and art market, as numbers banish brushstrokes

And the public pose darkens frames. The Book INSIDE JOB tells the whole story,

It ripples with life and love like a river coursing through stone, healing pain,

As finally the servants project the starting source lost to masters

And mistresses also of what and why true art is.

The book is a kiss

Bestowed on those who look at it, alive with the art of compassion

In Art’s corrupted form of showbiz.

Gerry King sets the scene, filling us in on the struggle. It is clear at the start

There is movement in this anarchic movement of art. A school of like minded

Souls moving separately yet together, water within the stone of the building

That this tribute and tributary clearly charts.

Died in 2000. After years of mental health issues and struggle and a life lived

Alone he moved from mixing with the Sitwells to a chair before his own canvas,

From which his striking art blossomed, stained glass sharp but on cotton,

His fuse of colour, and abstraction and form charms the bone

Within the Body organic of the housing self of the Tate:

Of thought for The State.  Cedar Lewisohn’s Box Droid and tale of Art’s making,

A blank public. Adrian Shaw writes of movement from Brancusi and back

And forth toward Drake. Rebecca Hughes cites Yoko and yeses her own

Life and death’s ritual through Leah Kerr’s photos of her own installation and play.

To the work he makes for her future, while Natasha Vassiliou traps nostalgia

Through forms of red and blue in her lens. The post colonial glaze is charted

Of the students debt and expulsion, her struggle to find somewhere

In which to create spears the truth

that beneath the pretence of the so called

Quite break through. This is the problem we face. Nobody ‘out there’

Cares to value, or knows how to do so, preferring as they do,

But an exhibition is shore for all of the new goods on offer,

That if left can sour, once the rising price of the future exerts on those

Kate Tiernan moves through the forms and the air as she channels Nijinksy,

in which the Poet Stephen Micalef reads

Along with Niall McDevitt, before Alex Wojcik’s photographs

Of the artists and the art that truly fight starts the tale.

The book celebrates and seems to hold life within it.

The administrators and attendants often sit there in silence

While the public and works gloam or glisten;

Through this handsome book’s glossy pages

That new light is breaking.  No wonder in Kubrick’s film,

The apes fell to frenzy;

When something new happens, the old lose foundation

With which to mount the display. Barely enough to contain the world

And work that was needed, not to mention the hours

That those involved now exchanged.

But now each work wins its wall and we see the extent of the vision.

We witness the range of endeavour  from photograph to trapped sound.

From feminist creed, to sexualised image,

From photo real painting to shards of clay, cartoon faced.

As a force itself and not background for a post or pose or wine glass,

Here is refinement next to the raw, the seminal and  then the genital

Mounted.  Here is the body prized after Dircon,

Framed as he is in the book by an arse.

A la Dali, but with a pinhole camera rather than the approximation of paint,

Gary Sollars CLASS QUEER, is an immaculately painted self portrait, its glare

Their own darkness filtered through their separate mounts; bed fellows.

Grant the public gaze its full due.

Jaiwana Monaghan’s I AM MINE has a Gilbert and George style aesthetic;

Its feminist mantras soul placard for the female independence and fight.

Across airspace, a stain on seeing that seeks to contain rising flight.

Raxil4’s Turbine Tape loops return the ear to the realm

Extorts with its rueful celebration of Chaplin, Scherry Shi’s industrial

Michela Hughes’ casts her parents torsos at the time of their meeting,

From a Nottingam nightclub, in 1962, this remains:

The bound strands and strains that keep people together

And which join the eye of the artist to the public perception of frame.

Backed by blue glitter, the shimmer is silenced by Sally Hackett’s

Sculpted shard arguments. It is as if all of art is in this space

At each moment. Given the chance to shine these new artists

Can Biennale near and far.

There are many more on display, each a separate view on our cosmos,

From stars to scars lifted from the wounds of both wall and the word.

An exhibition, visual is also its own form of poem, in which the minds

And hands working for it radically redesign what’s absurd.

Today, its what we value; the famed with their diamond skulls

And spunked bedsheets,  or the lazy lined on the small screen,

Or the big one too, come to that. In this raised room Biennale

The celebration of flesh now continues. Here are the tongues

Taste was made for, teasing the tit,

And you will in time capture dreaming and align it all

To the real. New blood now flows through the accepted body

And form of this building. What you see at first is mere surface.

And so start your scratching

It is only there from the inside,

That the broken skin truly heals. 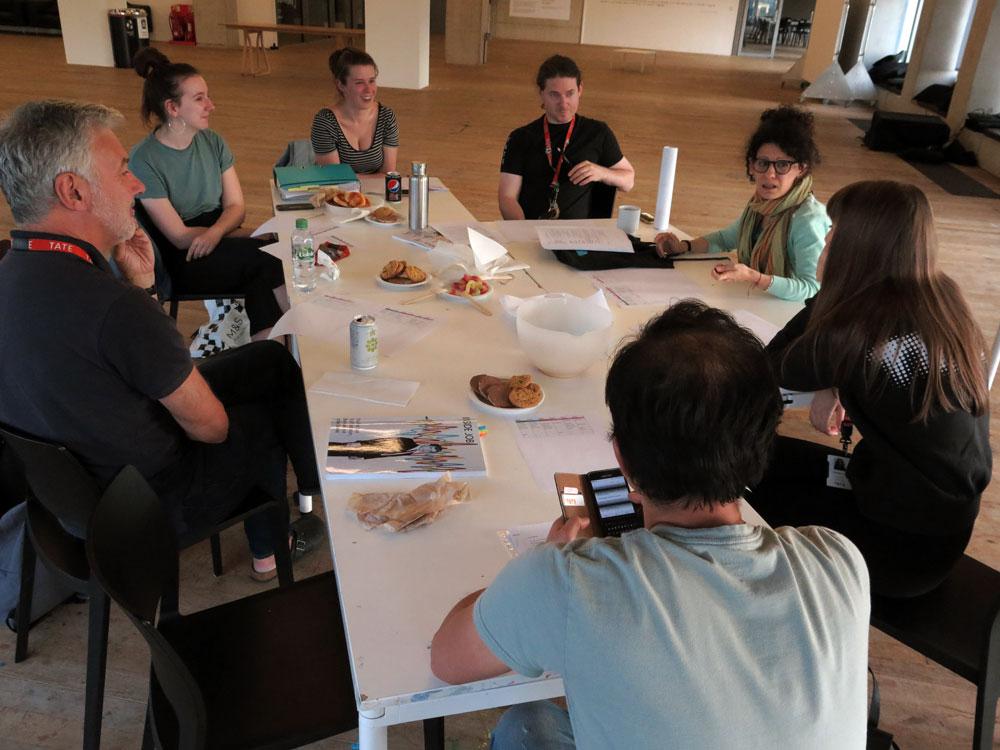 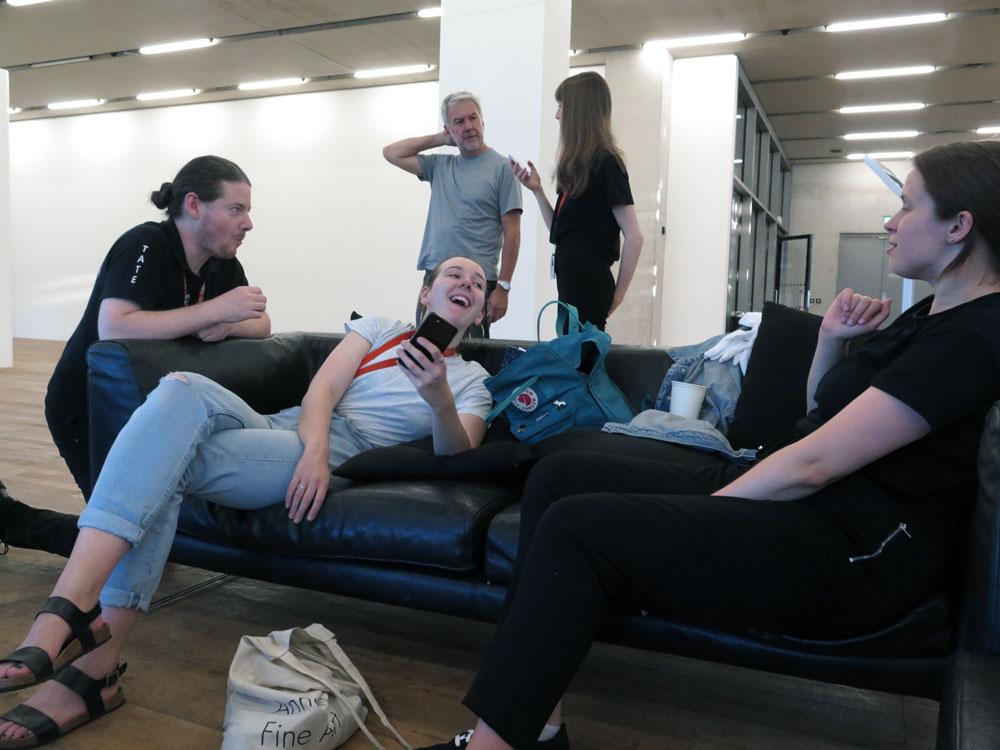 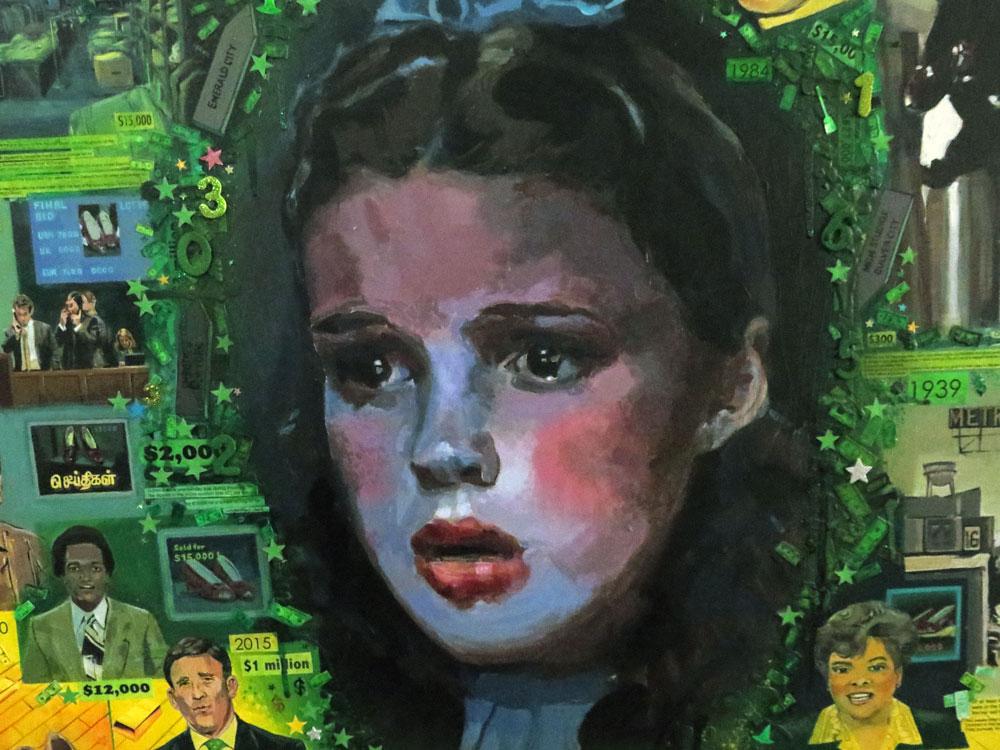 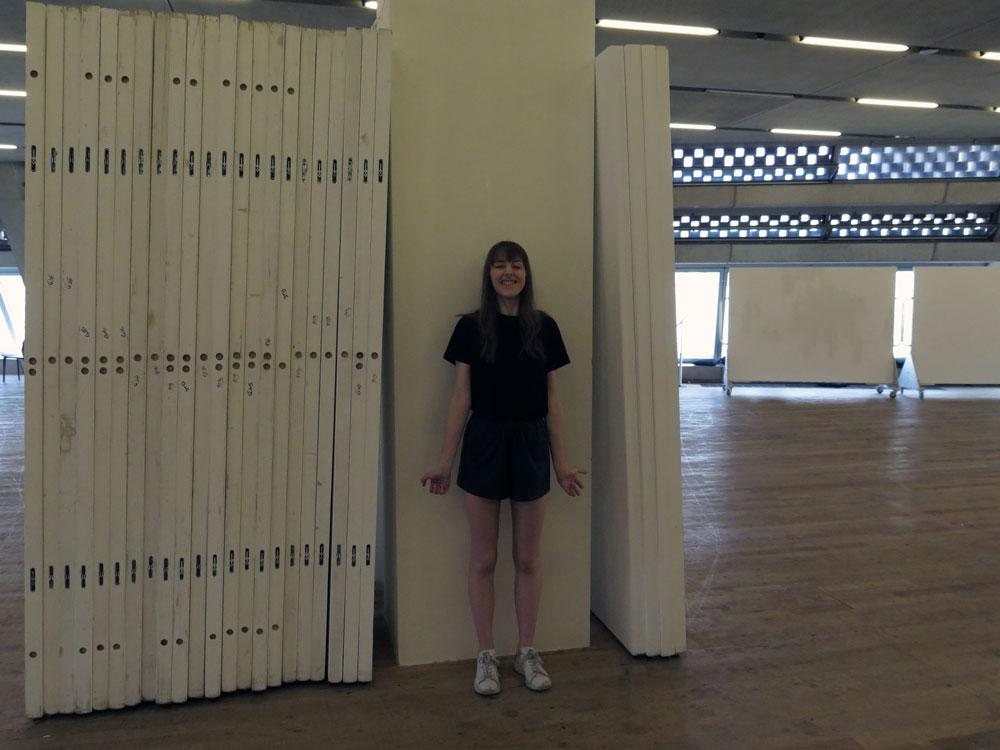 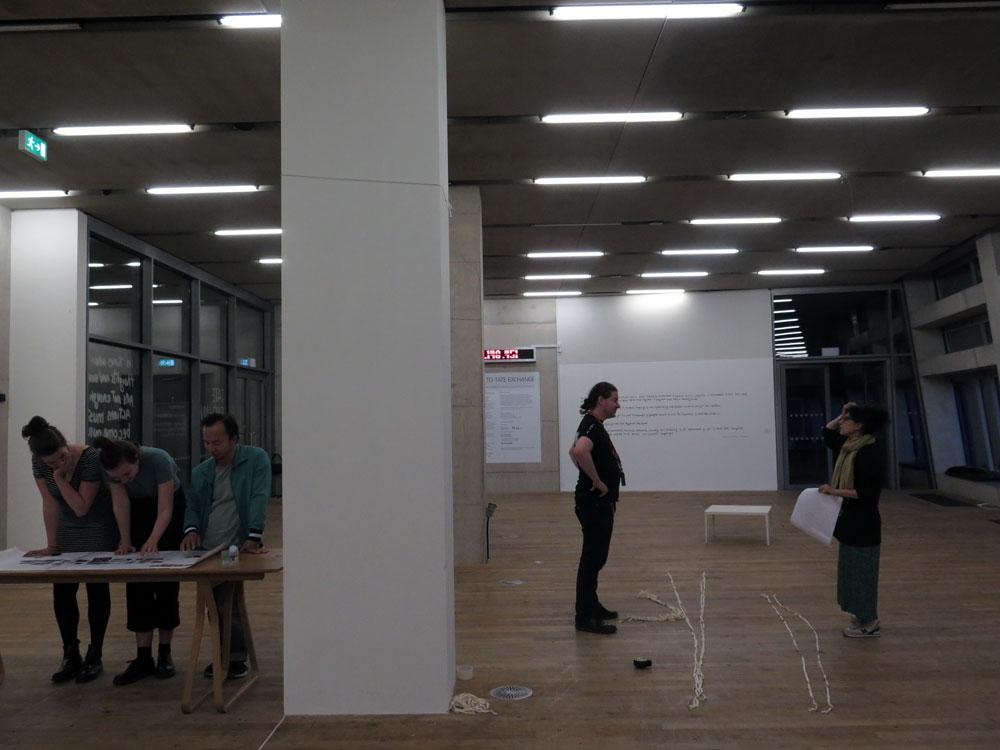 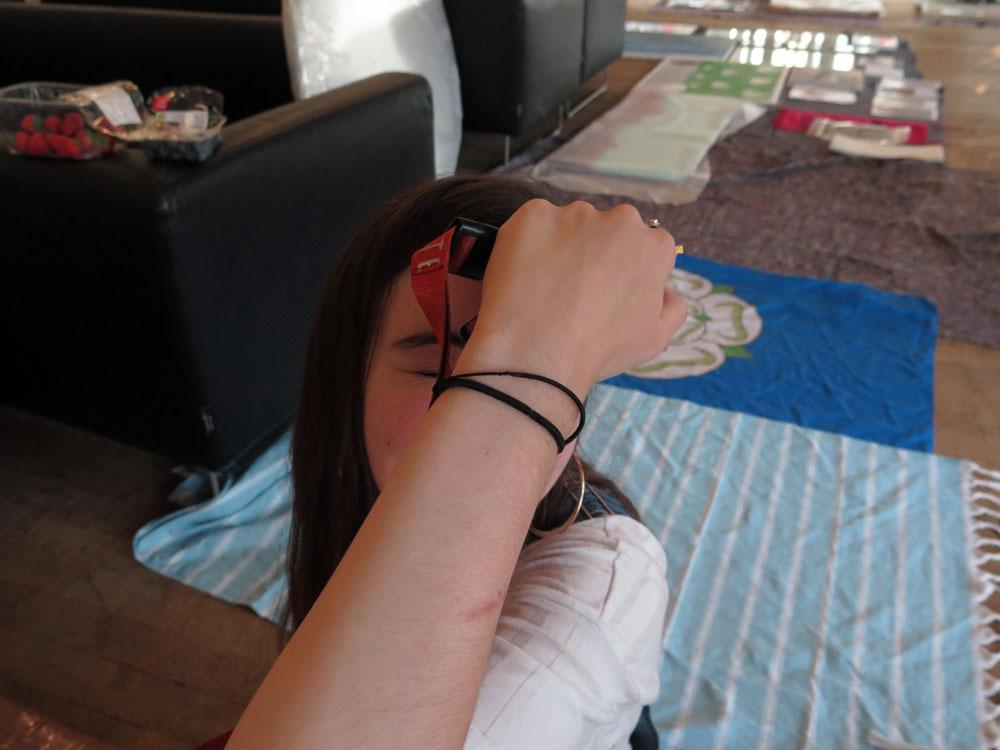 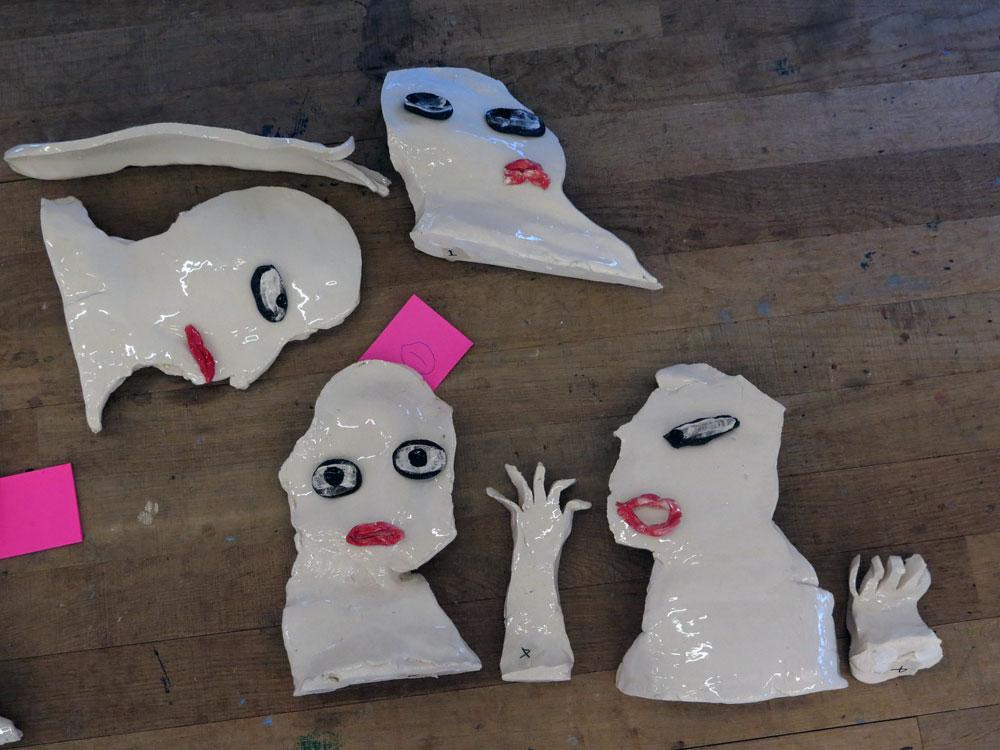 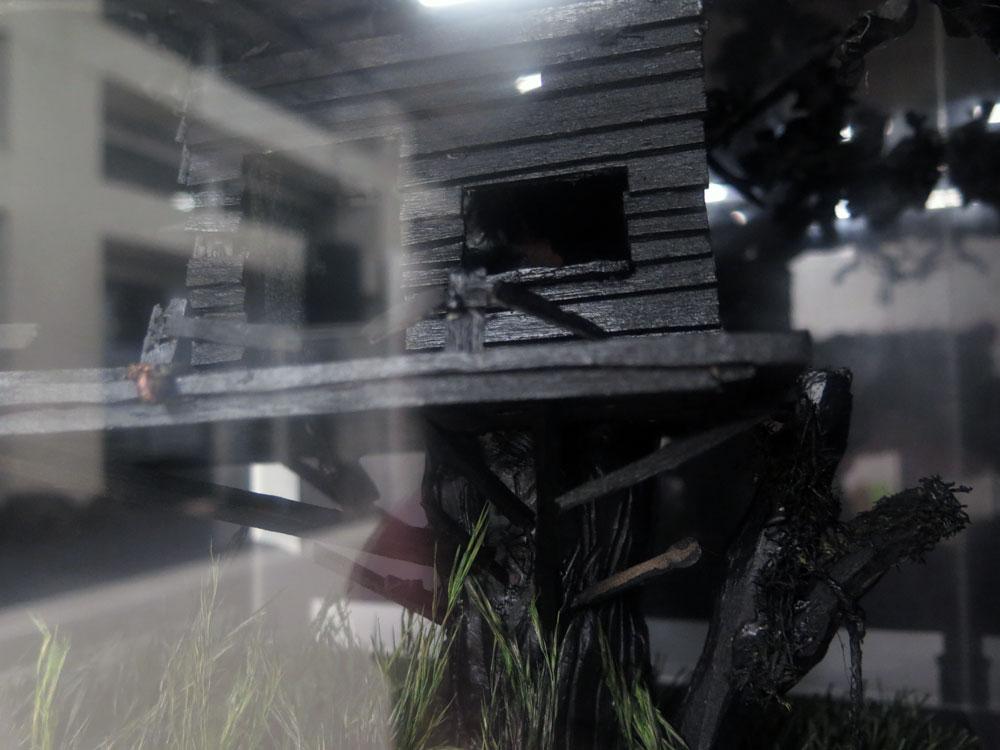 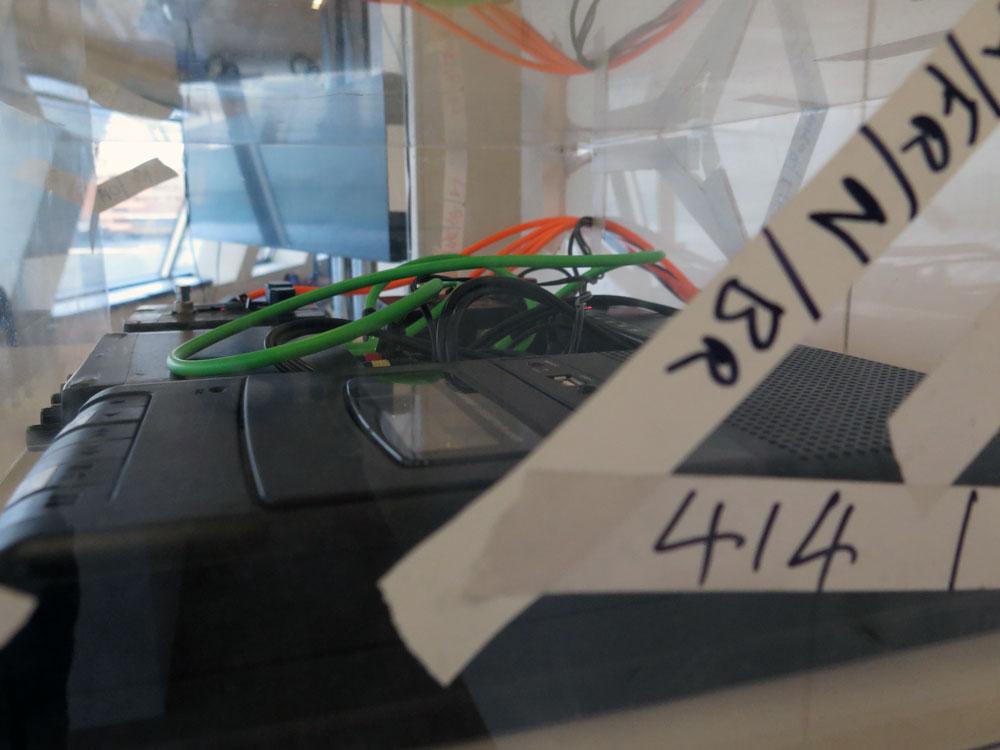 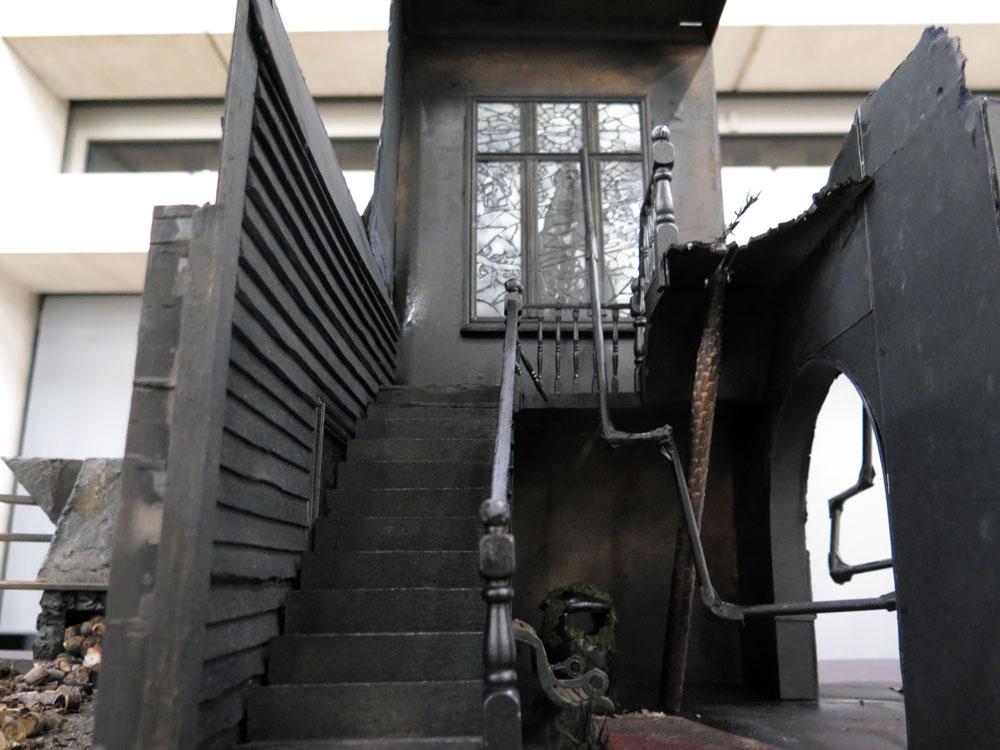 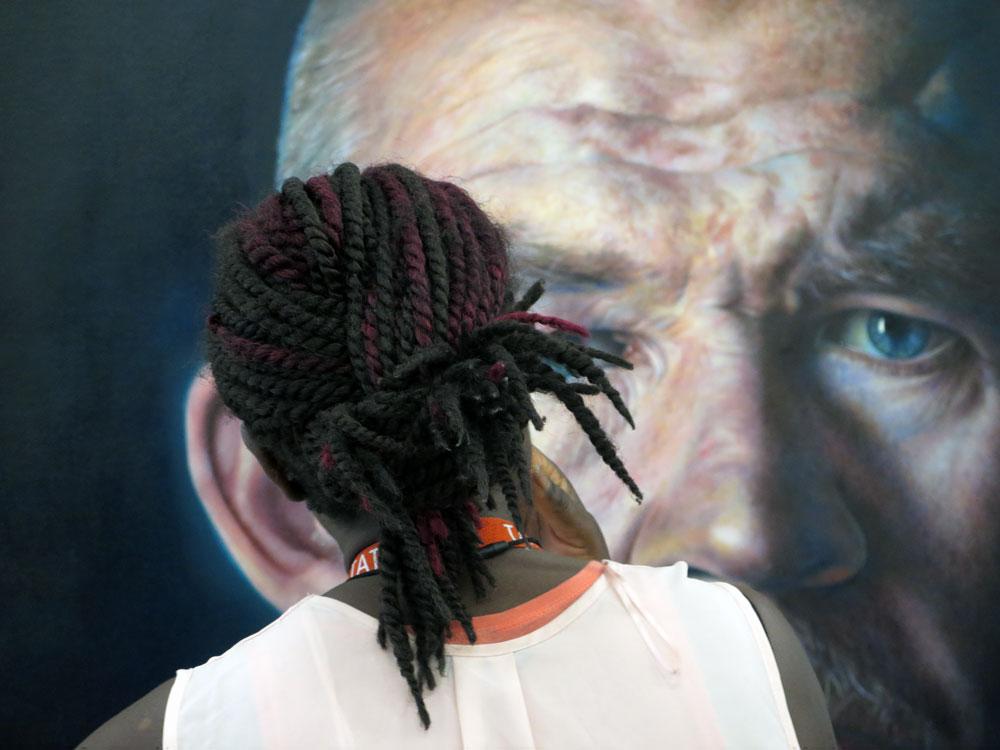 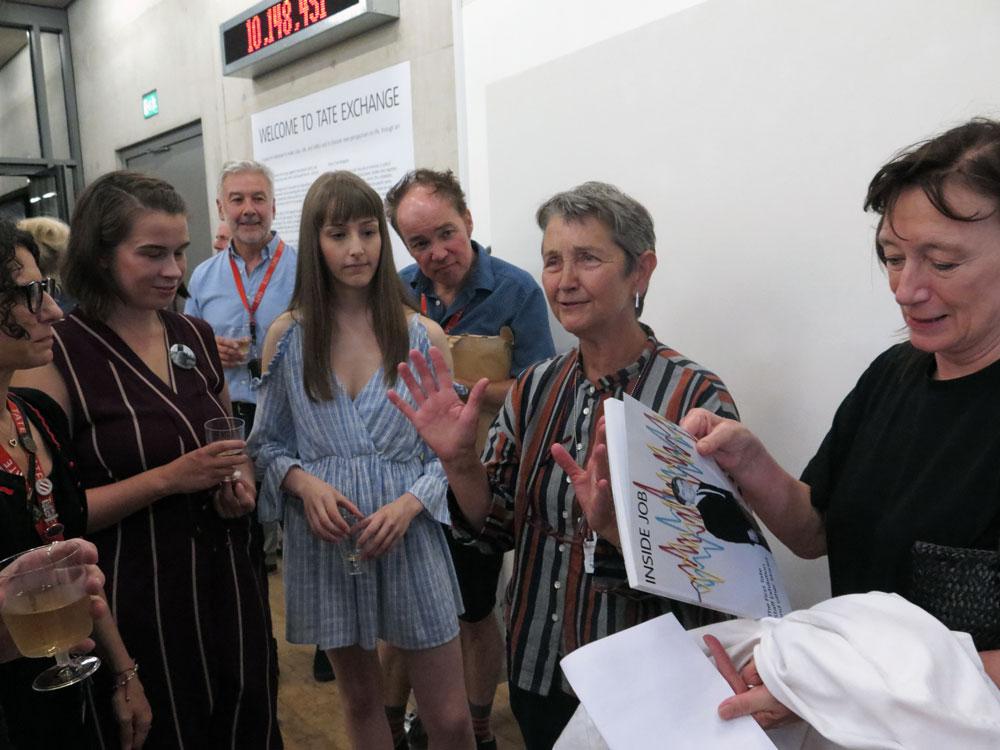 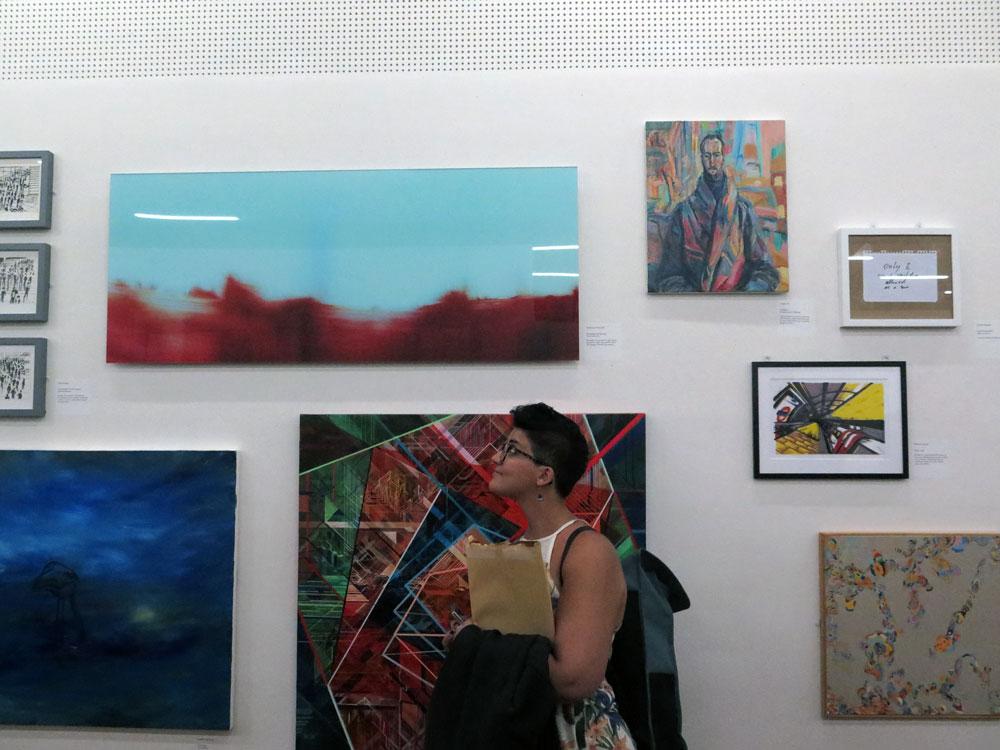 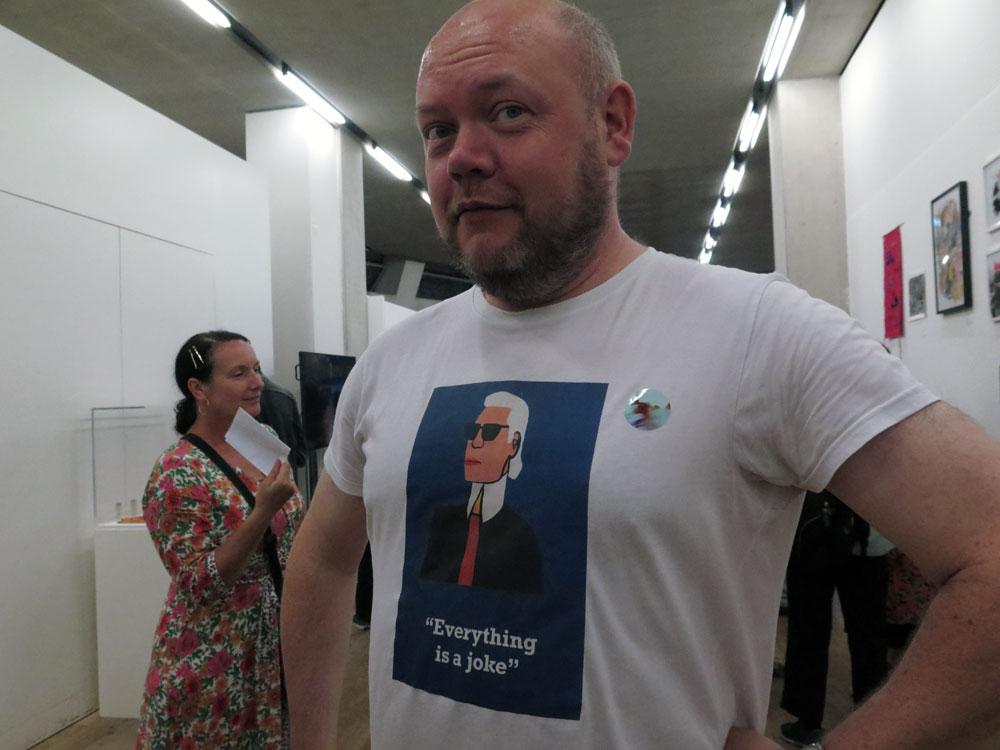 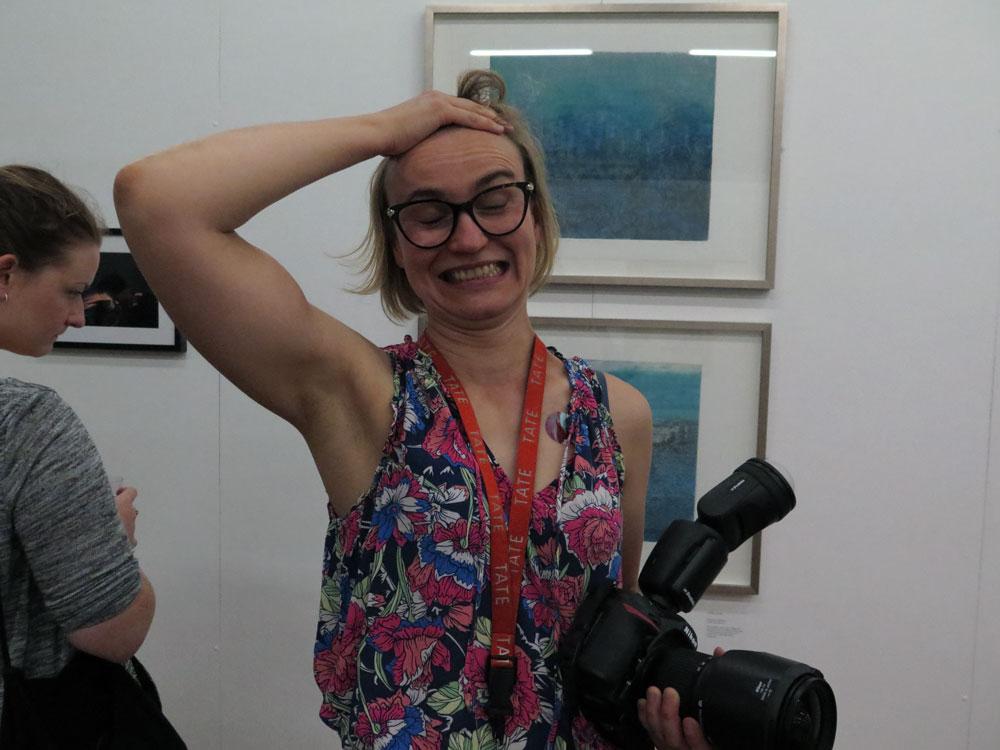 One Response to FROM THE INSIDE OUT