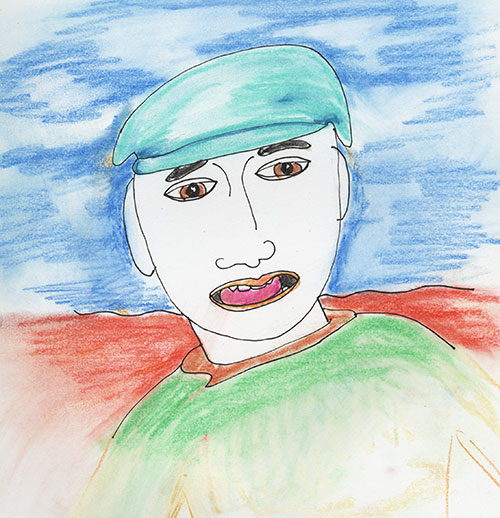 the northern lights catching the tip of the mountain on the lofoten islands norway
the moon placing a line of silk on the mermaid as she swims by the beach at midnight
the nun dreaming of an electric car the pastor dreaming of a fountain pen
monica lewinski performing oral sex on bill clinton in an empty tomb in the white house
the river riding through the lp chill out by the KLF
elvis presley standing alone in a cold chicago airport soul beneath his shoe
the goat in mexico having an intellectual crisis the goat in a poem by anne
askew the computer screen on which lands the dust from space
the cemetery under the moonlight with the ghost of charles
the ghost of serge the ghosts of simone and her husband jean
the absence of first person narrative oh no the absence of
an argument on holiday in paris/venice/greek island the absence of tragedy
the lip curled in ironic disdain the bucket of shade thrown at the villagers hold on
i’ve lost the plot tell the bigger poets in the playground to fuck off.

Tweet
This entry was posted on 19 January, 2017 in homepage and tagged Charlie Baylis, nick victor. Bookmark the permalink.