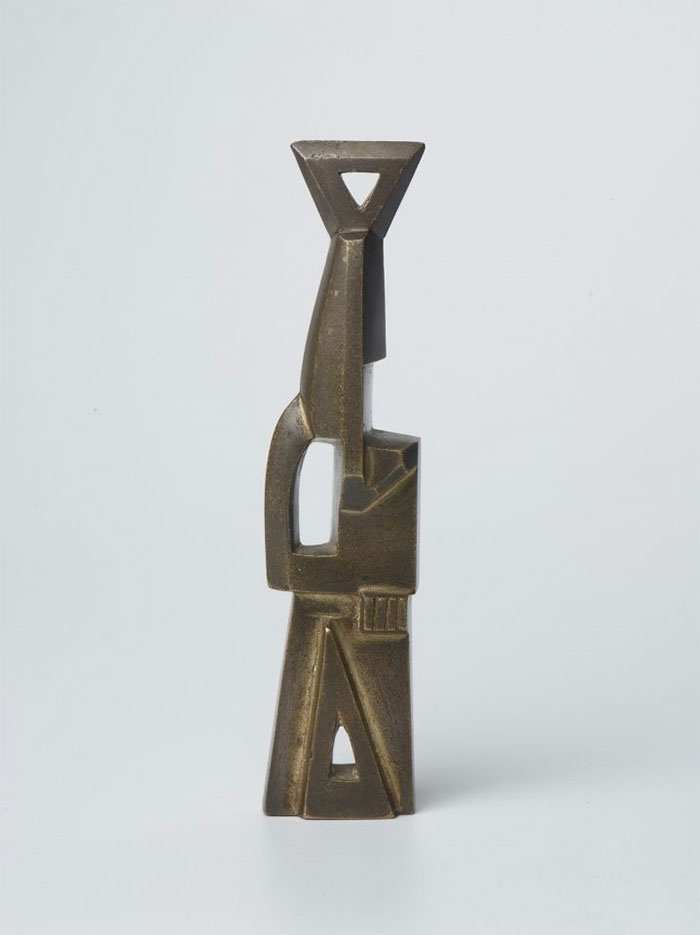 Gaudier’s Toy,
that ultimate amulet,
Hulme’s restless
fingers fondled on walks
through Soho, & during
literary soirées
where he held court.

Where the piscine
meets the arms-factory,
Gaudier’s Toy is
sculptured Vortex,
an aquatic bullet;
replicas of it
can be bought to be
ergonomically
clasped in the half-
folded palm, then 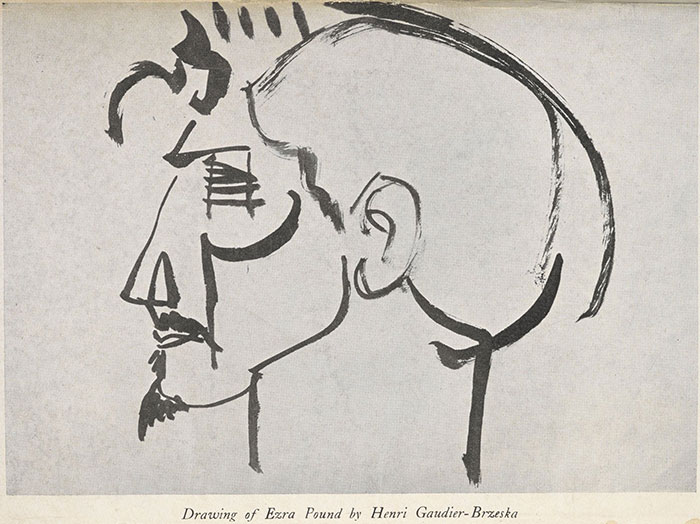 With the grace of classical
Chinese calligraphers, &
with his gifted juvenescence,
Henri deploys a minimum
of ink strokes. Ezra’s cheek-bone
by non-verbal manifestation

is a question mark, his eye
a discreeter ideogram. The
poet in shorthand has become
this gadfly signature-piece,
is condensed as his own verse,
his features a sculptured logos.

And, at the centre, his small
coracle of an ear is melopoeic
vessel. Amidst financiers’
cacophony, this organ is
focuser of the Vortex, mint-
impressed from the treasury. 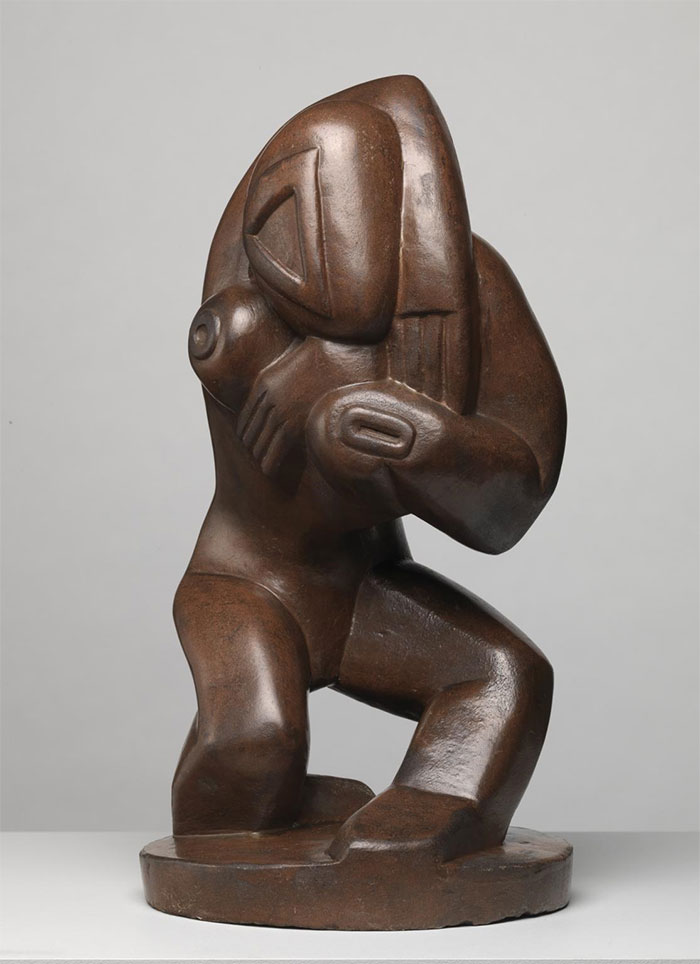 Sculptural energy
is the mountain;
the dancer wrestles with
the angel of her self.

Movement of masses
in relation is energy
from Terpsichore, spirit
of mechanical reproduction.

Her flesh ripples
to Vorticist rhythms;
she is choreographer
of isosceles & scalene.

Rapt & Dionysian,
she sashays with
an Apollonian precision.

From navel to nipple
is her ultimate torsion.

Sculptural energy
is the dancing
of many mountains.

The upthrust of the
Duende through thighs
of red resilient
Mansfield stone.

The dancer who
wrestles with the angel
of her higher-self

in fluidity,
the flambent cool

Henri Gaudier-Brzeska (1891-1915) was a French artist and sculptor who developed a rough-hewn, primitive style of direct carving, & was associated with the Vorticist movement led by Wyndham Lewis & Ezra Pound. Gaudier’s life was tragically cut short fighting in the trenches at Neuville-Saint-Vaast in 1915.

Tweet
This entry was posted on 14 May, 2022 in homepage and tagged Henri Gaudier-Brzeska, Mark Wilson. Bookmark the permalink.