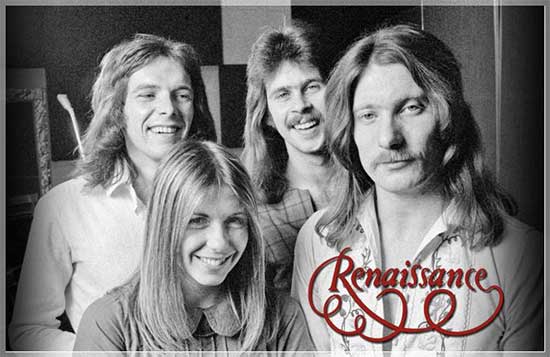 Renaissance were in many ways the epitome of symphonic progrock. Their albums were often bombastic and fully orchestrated, their singer prone to operatic flights of fancy, their musicians inclined towards solos and posturing. Their lyrics were written by an old lady who was otherwise nothing to do with the band or music industry, and the themes of their songs were often grand, sweeping affairs, full of subsections, musical twists and turns leading to grand endings.

Surprisingly though, it worked wonderfully well, and even more surprisingly, they were even better live, as this new reissue of what was a double live album but is now a 3CD set, evidences. Live, the songs were looser and simpler, even with a live orchestra on these recordings, but in other places the band could and did stretch out; and of course, concerts would often be a kind of greatest hits package on tour, which is what the first two CDs are here, recorded in June 1975 during a three night residency at Carnegie Hall.

The first CD offers us an hour of 7-10 minute tracks, introducing us to the ‘Ocean Gypsy’, taking us to ‘Kiev’ and (briefly) ‘The Carpet of the Sun’, questioning us (Can You Understand?’) before ending with a lament for ‘Mother Russia’. It’s quite a trip, but not as dramatic as CD2, which starts with the extended suite of ‘Songs of Scheherezade’, who you will remember is the storyteller in 1001 Arabian Nights, staving off execution with her fantastic fiction. The songs winds and climbs, twists and turns over almost half an hour towards its choral (mellotron and vocals) and orchestral ending.

Next up, to close the concert, is ‘Ashes are Burning’, here reimagined as an almost jazz-rock workout leading into an extended bass solo, before the keyboards pick up the theme and Annie Haslam’s voice soars and then screeches in mourning and despair. It’s awesome over-the-top stuff, a progrock counterpoint to Lynyrd Skynyrd’s ‘Freebird’ if you like, 23 minutes of glorious excess that should be on everyone’s playlist at some time or another.

The third CD is, to be honest, a bit of a let down after the earth-shattering music of CD2. It offers listeners an hour of music recorded for BBC In Concert the following year, and pretty much repeats over half the Carnegie gig, without as much excitement, not least of all because ‘Ashes are Burning’ is not on the playlist. It’s nice to have an official recording, but of course it’s been available online for many years, but let’s not complain about bonus discs…. this a great package with, as is usual with Esoteric, an informative and well-designed booklet included. 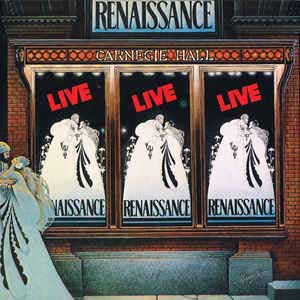 View all posts by Rupert →
This entry was posted on 18 May, 2019 in homepage and tagged Renaissance (Esoteric), Rupert Loydell. Bookmark the permalink.