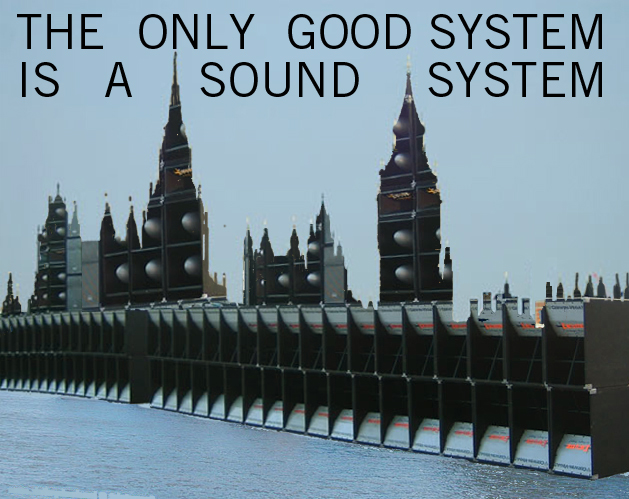 From a distance he’d looked dashing, and so as if from another age. His general rotundness called to mind a thousand different nursery rhymes. A conglomerate of infantile recollection; Toad, Humpty, the Giant Peach. Up close tho, his initialled Victoriana is more costume cupboard reject.

It is the day Parliament breaks for summer.  4 in the morning, in the last place open. But remember, Soho isn’t like it used to be. The clubs close at 2, the pubs don’t do lock-in’s, and the speakeasies are busted;  Crossrail is everywhere. Soooo, having drunk myself sober, with an air of clinical detachment, I am taking refuge in a rank cheese toastie and a coffee that can be described as shabby at best listening to the offcuts of conversation from the last of the night’s casualties.

“Jus don’t think about what you’ve taken. You’ll be fine.”

“Maybe she should throw up?”

“I can’t believe they never let us in.”

“I lost my coat hours ago. I can’t feel my fucking feeeet.”

“The West End’s on its way out,” he says, thumping his elbow down on the bar next to me, leaning a drunkard’s lean. My tights are torn. The rip, which runs over my knee, is the first thing he looks at.

“You didn’t do that just now. Did you?” he says, reaching to touch it with his free hand. On my stool, I pivot my legs away. He backtracks and slips one hand, wrapped in a grubby bandage – at one spot, blood seeps through –  inside his waistcoat, which appears to be made of felt. It might’ve been yellow once, but now it’s hard to tell.

“A true aristocrat,” he says to me, “is far too busy to treat drinking as an ongoing idle pastime. The job is to get drunk…” he pauses, obviously for suspense, filling the time by pouring a helpful slug of whiskey in each of our coffees, “and stay that way.”

He tells me: he is nine months divorced. and he likes my outfit. he had married into the title, so he didn’t want to cause a fuss. when it was all said and done, well, it would be all said and done.

“If it isn’t already!” I interject.

“Very clever,” he says. Quite sharp.”

He tells me: it would’ve been different if they’d had a son. there’d been a stage where he thought perhaps they could borrow one, but even for the aristocracy that was difficult these days. they’d languished into middle age, and invariably, things had fallen apart. no divorce, but as it stands now, he isn’t allowed back to the house, or near any part of the estate. other than that, he can do as he pleases.

“It wasn’t like she married into the shallow end of the gene pool. My ancestors were titled too. Lord Cunty and Lady Ruff-Ruff. Rah ha ha. She sat in the great drunken Parliament of ‘61! The Edinburgh days. They say there wasn’t a frontbencher, let alone a back who could make out the speakers face, even with a squint on.”

So he has friends in the House.

“A distant cousin. Though largely I avoided the place. Full of people who use phrases like ‘pesky buggers’.”

He tells me: the first morning he’d woken up on the sofa at his mother’s long-shrouded apartment, he’d walked up Whitehall and taken his seat in the shallows in surly, sullen silence, determined to fuck things up in a quiet a way as possible.

“After the first hour, I must admit, I didn’t give a toss.”

He’d sit, sleeping, dreaming of being shown on telly, sleeping, joining in the jeers, the ‘hay’-s and the ‘ho’-s with a dribble.

He tells me: 132 days of Parliament. Arrive at 9, snooze through the morning with a bottle of vodka or rum kept tucked in his armpit, ready should he should wake. He always made lunch. £1.50 for a full Sunday roast, then back to the chambers to sleep off the food. When the session cleared, he’d shuffle to the bathroom, clean his face and maybe his arsehole, depending, then slope outside, up Whitehall and back towards the hell mouth. Soho. He spends his nights rolling from strip club to members’ bar.

“£100 expenses! (which is what you get just for turning up),” his stage whisper is hoarse, “is plenty to get you through a night. Weekends are long tho.”

He tells me: about the first time he got picked up. Not by the rozzers, they mostly left him alone, but by a gaggle of club kids. Day-glo’d flouro fools. They fed him heavy powders, and shrieked at everything what came out of his mouth.

He tells me: the story of the only time he did get pulled up in front of the magistrate “for putting my foot through the window of a Ferrari in Holland Park. An honest mistake. I’m an old man for God’s sake! So – ‘I was as drunk as a judge! I’ tell the judge – we’re old friends you see. Pahaha. ‘Don´t you mean drunk as a lord?” Simeon asks, putting on a face as wise as Solomon, pesky bugger, ‘Why, yes, my lord,’ that’s what I said! Pahahaha. Are you getting all this?”

He tells me: how often he would snooze with the tramps, unbothered.

“It’s not like it used to be. Used to be so as a man could wander freely through any of these potpens and waterholes, hot-headed or not.”

He wheels me round Soho, naming the leaseholder, the contractor and detailing the planning permission of every building site we pass, every crane on the skyline until we reach the cusp of Fitzrovia. A vast rubble pit has been cleared where the old Middlesex Hospital one stood. Crawling with MRSA.

And with that, the old man has thrown himself chest down in the dirt and is crawling commando-style underneath the hoardings. I hear him pull the whiskey from his pocket. Signet ring tinkles on glass – and what else is that?

I put myself on the pavement and slither across. Before I am standing, the bottle is thrust in my face. I sip it, sitting at the start of a dirt track that runs to the middle of what is only a London block, but empty, seems enormous. Though it’s not empty. I brush the rubble off my front. In the far corner is a house. Or not even. A church? Whatever it is, it makes me feel like howling, even at the half moon. It is stood up high, a hollow dug around it and looks almost unreachable. With a limp he sets off, following tyre tracks in white gravel. Suppressing the image I get of guard dogs coming at me once I am on open ground, I speed after him. It is getting light. As we get nearer, I can hear music. Then I can see people. Wilde intoxicated children in clusters of fours. They ignore us as we wind our way, tumbling over bodies and backpacks. Then we are inside. First it’s freezing. Then it’s fucking far out. Stone walls clad in burgundy and gold. There is a chandelier that has crashed down from the ceiling. The altar is a dark blue dias, but it’s exquisiteness is dwarfed by four fat columns of speakers in a circle behind it. There is a crack of electricity, a hum and then a lil rat in a grey tracksuit grabs a microphone.

As the bassline starts to rumble, the Good Lord puts his hands in the air.

* When a story is being recounted, the audience immediately becomes complicit with the narrator, at the same time as assuming that any ‘I’ in a text is, firstly, the author themselves, and secondarily, that said ‘I’ is in possession of  the same rational faculties as the reader assumes she/he themselves possess. Actually, you are  both totally out to lunch.