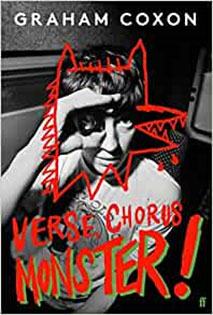 In review by Alan Dearling

I came to this new book with ‘eyes half shut’. I’ve enjoyed Damon Albarn’s post-Blur work more than I particularly liked Blur. Graham’s life has been bank-rolled by the fame and fortunes of Blur. He’s been an influential and individual guitar voice in the UK’s pop world and beyond. Solo and collaborative works from Graham Coxon I’ve listened to are a real potpourri, ranging from free-improvisations, squalls and walls of Dinosaur Jr/Thurston Moore guitar sounds, through to gentle, mildly psyched-up, finger-picking Davey Graham-styled folk music, tinged  with a hint of Nick Drake (Spinning Top), and even a kind of synth-pop, funk, multi-artist opera  (Superstate). The last album of his I reviewed was ‘A+E’ back in 2012. It included some pop moments, but I found it a bit grim and noisy.

The book will be of interest to fans of Blur and of Graham himself. As guitarist in Blur, he is widely known, yet much less high-profile than Damon or the flamboyant, Alex James. Personally, as more of a distant observer, it comes over as a very personal autobiography. Much of it filled with fragments of his ‘states of mind’, his frustrations, his insecurities, his naivety, his dreams, demons, what he calls (and draws in his diaries) “his monsters”. 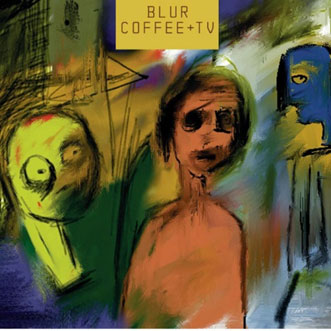 Unfortunately, he does indulge himself and us, the readers, in wallowing in his seemingly disadvantaged childhood with a father who was in Army military bands, living in Army accommodations, his hard-done-by-ness. I’ve lived in Australia, and it reminds me of what the locals call, ‘Whingeing Poms!” Graham makes much of his being ignored, his ‘outsider’ status in Blur, his fragility, for example he writes:

“I was exorcising my general on-stage discomfort and paradoxical need for affirmation.”

Seen through Graham Coxon’s eyes, Blur were great fun to be part of and he continues to have great admiration for his old Colchester school friend, Damon. But, he cannot help himself being frustrated at the adulation which came as being one of the members of a major Brit-Pop band, when what he wanted was: 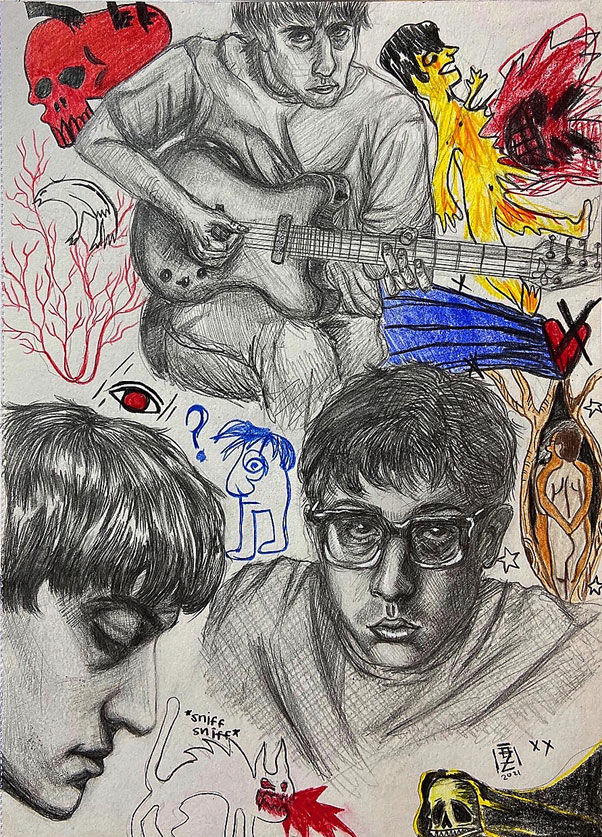 “I just wanted arty-farty people to like us, because I thought we were arty-farty people. That’s why I was uncomfortable when the hooligans and the new-lad brigade caught wind of us – we weren’t particularly a lad band.”

There are some fascinating insights to Graham’s musical education, his early loves of the likes of Robert Fripp and King Crimson, even Caravan and Pink Floyd. And I enjoyed the descriptions of the  beginnings of Blur and how they morphed from being ‘Seymour’, before the name change to ‘Blur’. Here they are playing at The Square, Harlow, 18/12/89: https://www.youtube.com/watch?v=Vha8UmAmNI4

By the end of the Graham’s book, I had begun to feel that I was living in the worlds of Jack and his son, Danny,  in Stephen King’s books ‘The Shining’ and the sequel, ‘Dr Sleep’ – a world where Jack and later, Danny Torrance drowned their discomfiture, their feelings of wretchedness and inadequacy, in booze. For Graham, relationships fell apart, he went into rehab, took part in the AA (Alcoholics Anonymous) 12-Step programme, and reconstituted his life. The book sometimes feels like a personal history on ‘repeat’: desperate ‘downs’ and depressions, periods of levelling off, reconstruction. Then another period of positivity, plans, activities and the ‘ups’.

Quite a lot of these positive periods seem to have been fuelled by Blur reunions, including in London’s Hyde Park in 2009, headlining Glastonbury Festival also in 2009 and ‘The Magic Whip’ tour in 2015, which promoted their 8th album. They also reunited for a one-off event at Africa Express in London in 2019. Graham Coxon had left Blur during the sessions for the 7th album, ‘Think Tank’ in 2003, but is still one of the four founders of the band. ‘Parklife’ from 1994, with its clutch of catchy sing-along tunes and uneven, but eminently danceable music, remains their most successful album. ‘Girls & Boys’ is a simply great pop song. A total Brit-Pop Earworm!

So, all in all this is rather a sad book. I guess it is such because it is quite intimate and honest. A series of reflections on mental health, fame and addictions. Graham has reached the pinnacles of pop stardom, but much of the book reflects on the times he has also spent in the company of his own, personal ‘Monsters’. 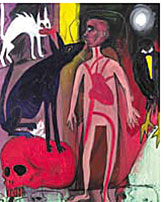 Tweet
This entry was posted on 17 September, 2022 in homepage and tagged Alan Dearling, In review by Alan Dearling. Bookmark the permalink.