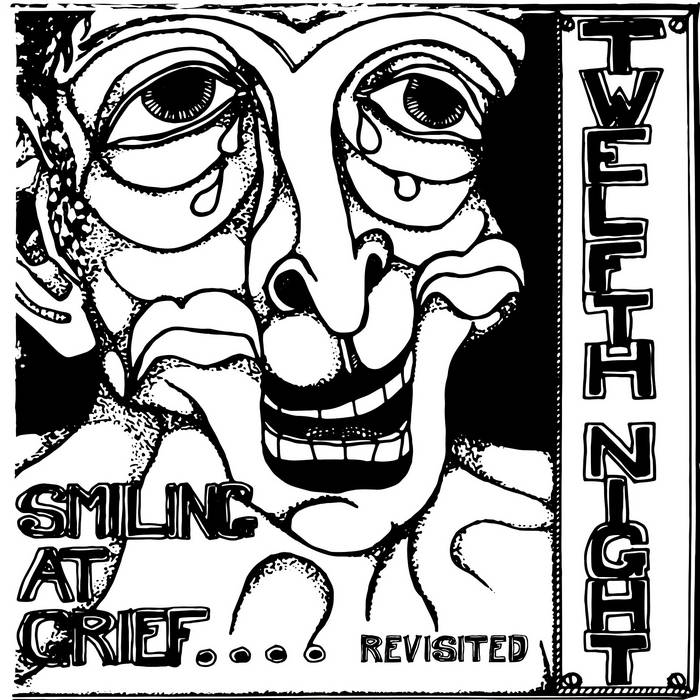 This Twelfth Night has lasted longer than the usual eight hours.

For over forty years this charged music has resisted trend, luck

And chance – in order to share their own food of love, on which

They first dined as teenagers, these musicians sought to master

Life’s madness and countermand circumstance. For theirs is a Play

Full of song, sense and humour, from an early rise around Reading,

And for the sounds that inspired; their Genesis begat Bibles

Which their sainted Singer touched and embraced through

And believer now stokes resolution as his bandmates survive

His sad loss, to commerate his first collaborations with them

Both remix and re-make, this song-ship’s manned craft

Each new crew member plays and prods each song’s seed.

Spells  sourced through music, from East of Eden to Creepshow

They spotlight and split that first star. East of Eden’s stringed

Squall under Wilson’s mix seems to spiral. It shines that more

Sharply within the mix he ‘de-murks,’ and Peter Jones’ This City

Soothes with the swell and shimmer he gives it, while early song

The Honeymoon is Over punk punches, as Mann the pure poet

Becomes boisterous by ripping  both magazine and hair shirt.

Godfreys’ take on Creepshow growls deep as he Taurus taps

And sucks shadows from the surrounding dark like death’s dog;

One of Twelfth Night’s best tales, entirely seminal in its starting,

And revealing how song and drama were successfully staged

Within prog. Mann was his own Gabriel graced by devotion.

His shine and commitment  to warnings on the institutions

Courtesy of Rob Reed and Mark Spencer, who continues

His own multi-roled playing in the specific spectacles

This group shaped. The music had and has such a sound,

And defacto Director, running as he does site and show,

On this anniversary album reveals how remix culture

Is not just about dance: now its glow. As the light that

Brned bright is wildly re-focused, heard in Wilson’s brush up

As he artfully moves music on, while the song Makes No Sense

Is entirely remade by Hulse and Bowness, whose soft voice

And belong. Twelfth Night once promised dreams which would

Endure across daylight. And so it proved in the Eighties,

Before insipient trend saw them trip, along with record label

Or part ripped. But since then and thanks to Devoil’s

Graced devotion the name and the music has continued

To play and rehearse with a line of releases like this,

With every album remastered and with the definitive dream

Finding favour among performers and fans, the past’s kissed.

And the music plays on, in this album’s other mixes and versions,

And on the website, and online store, where what young men

Made continues to grow along with them and where, as you listen,

You see their growth and gain all the more. You see a much missed

Singer revived. And after their farewell show, further playing

In the theatre of your mind, or bedroom, headset or, phone,

There’s the line – that the CD booklet quotes, applying itself

To this music where; ‘sat like patience at a monument,

smiling at grief, was not this love indeed?’

TWELFTH NIGHT’s 1982 Smiling At Grief album was the first music released with new vocalist, Geoff Mann. With the 40th anniversary arriving in 2022, it was decided to celebrate Smiling At Grief by releasing a ‘brand-new’ version, by asking friends and peers to remix the album using the original master tracks.

“This is easily my favourite period of Twelfth Night, when the band were reaching for some kind of new wave / progressive hybrid – and successfully so, they really captured something of that moment in time, both the past and the future.  Even if these were meant to be quick and dirty demo recordings it’s been great to be given the chance to elevate the sonics a little (hopefully!)”

Running to over 70 minutes the CD features the same 9 tracks as the LP version as well as 7 bonus tracks, including 2 more mixes by Steven Wilson. The booklet includes all the lyrics as well as original artwork by Geoff Mann. 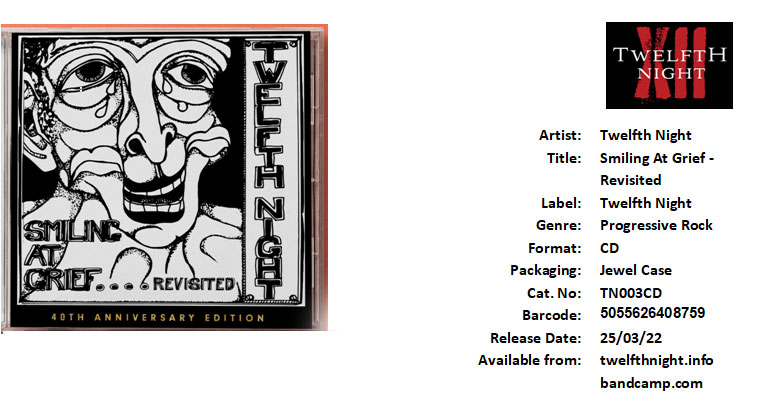 The Honeymoon Is Over – Karl Groom

The Honeymoon Is Over – Andy Tillison

The CD is available from

View all posts by David →
This entry was posted on 7 May, 2022 in homepage and tagged David Erdos. Bookmark the permalink.