Posted on 30 March, 2017 by RobertMontgomery

The ‘H&F Presents…’ installations will transform the landscape of the borough thanks to the first in a series of temporary site-specific exhibitions. The inaugural work is from acclaimed artist, poet and cultural agitator Robert Montgomery.

His four-sided graphic poem – entitled ‘Hammersmith Poem’ – will be revealed outside Hammersmith Town Hall on 23 March. It will remain on show in King Street until 1 July.

“This new work from Robert Montgomery is the start of something beautiful as we cement H&F’s reputation as the most progressive borough for the arts in London,” said Cllr Andrew Jones, H&F Cabinet Member for Economic Development and Regeneration.

“H&F is already a cultural leader with institutions such as the Lyric Hammersmith, O2 Shepherds Bush Empire, Fulham Palace, Bush Theatre, Eventim Apollo and Bush Hall all on our doorstep. But now we are bringing a bold new dimension to our streets.”

Award-winning local theatre, the Lyric Hammersmith, has partnered with H&F Council to support the commissioning and installation of this inaugural work.

Sian Alexander, Chief Executive, Lyric Hammersmith, said: “Art can provoke us, entertain us and give us pause. Robert Montgomery’s extraordinary Hammersmith Poem does all this and more.

“We are committed to making Hammersmith a vibrant cultural destination and to helping animate our local area for all who live and work here.

“We are delighted to be partnering with H&F Council to kick start this new programme of public art for the borough.”

His Hammersmith poem engages the classic Modernist architecture of the Town Hall extension with Montgomery arguing that that modernism is not an ‘architectural style but an unfinished social movement towards social and racial equality, free access to education and an ecological approach to the future’.

He was the British artist selected for Kochi-Muziris Biennale 2012, the first biennale in India. Montgomery has had solo exhibitions at venues in Europe and in Asia, including major outdoor light installations on the site of the old US Air Force base at Tempelhof. He is a finalist for the National Holocaust Memorial in London.

“The extension to the Hammersmith Town Hall is a significant building – it is regarded by some as a masterpiece of Brutalism – for me it presented the perfect site to debate what Modernism is.

“Modernism is not a style of architecture, or indeed a style of anything at all, but a set of progressive values focused on free education, health care, and racial and social equality.

“Civic commitment to these values and freedoms went a long way to civilising Britain in the 20th Century and it is a time again where we definitely need to speak up for these values in the face of current demagogues.

“For me public libraries and wind turbines are the most beautiful achievements of Modernism. We must not lose sight of those ideals and that dream of freedom.”

The new installation is the first in an ambitious quarterly programme of exhibitions in the borough. But the series will not be confined to Hammersmith Town Hall with plans to expand to different corners of the borough with a variety of different artists and methods.

It comes after H&F Council unveiled its new arts strategy last year after a series of consultations and public meetings with residents and industry experts.

The Connected Borough: An arts strategy for H&F (pdf)

It sets out the council’s approach for achieving these aims, grouped into three themes: destination, creation and inclusion.

The council is also committed to work with landowners and developers to provide access to affordable studio space, as well as create an artist-in-residence scheme for the borough if it can attract the funding.

To share your views on the council’s arts strategy or to get involved with the arts locally, email: [email protected].

The Lyric Hammersmith is one of the UK’s leading producing theatres, committed to producing the highest quality contemporary theatre alongside nurturing the creativity of young people. For more details, visit: lyric.co.uk.

The first monograph of Robert Montgomery’s work was published by Distanz, Berlin in 2015. For more details, visit: www.robertmontgomery.org. 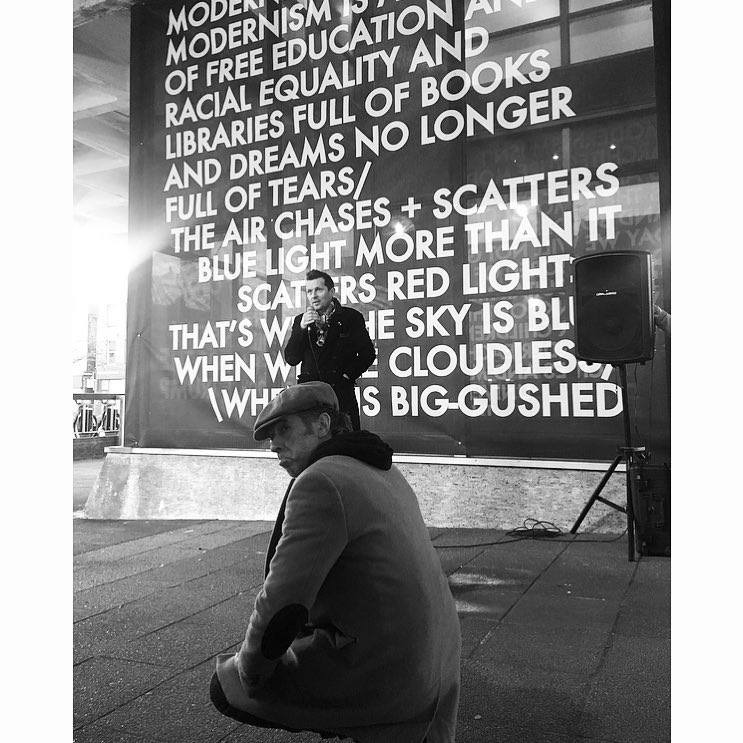 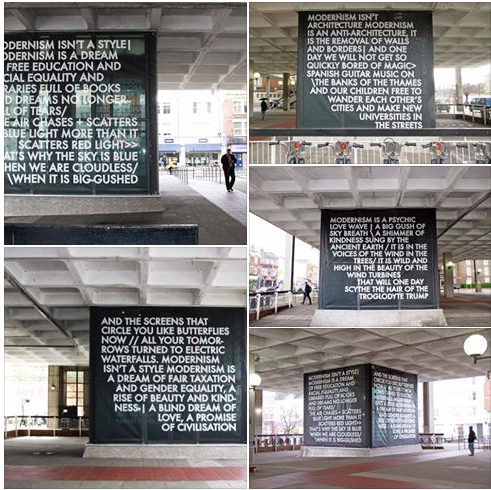