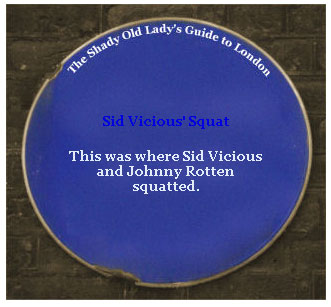 A stark 1850’s New Court, for the servants to the wealthy
No plaque for Sex Pistols at No. 39, a squat in the late 70s
No water, no light, ‘Hell on earth,’ said Johnny Rotten.
Sid Vicious, they say, carved his memorial there in brick

On almost every street, plaques; black, green, blue & white
They stare at each other, greeting in a proud celebration
Christmas cheer for all by ‘Sir Henry Cole, Elm Row, 1879 – 1880’
A wreath on the locked door of the Hollybush Pub
A note below, ‘good health to you in these strange times’

In the Vale of Health, ‘Lord Northcliffe’, newspaper magnate ‘1870 – 1873’
Thinking of the Daily Mirror and the Daily Mail, aged 5 to 8 years old?
Rabindranath Tagore here too, 1912; Hemingway, a year in World War II

Tweet
This entry was posted on 27 November, 2021 in homepage and tagged Christopher. Bookmark the permalink.