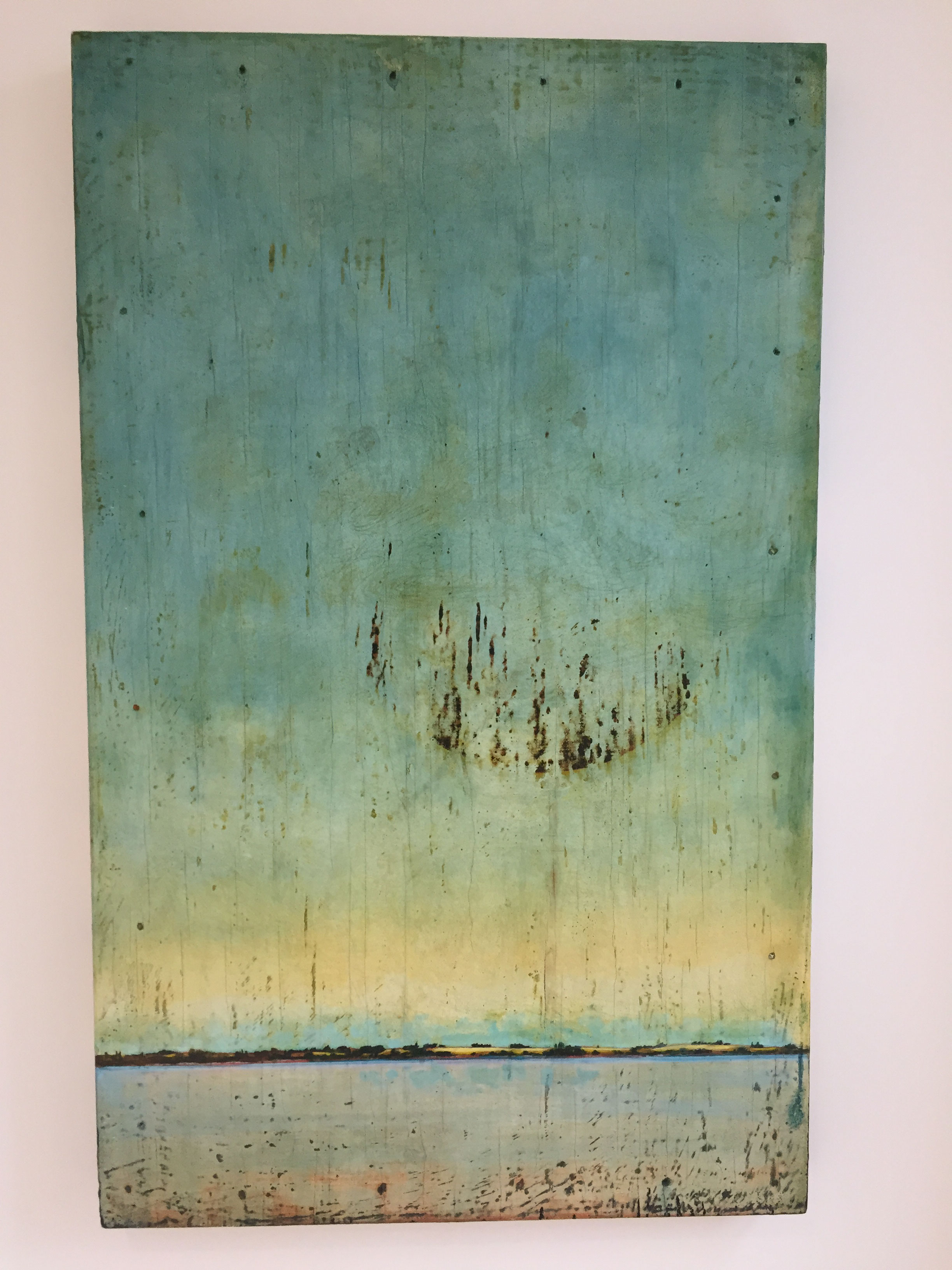 Collider 3, an installation.  Go to it.  This new show from Harry Adams is at The Clinic 56 Brook Street W1K 5NE.  This is Adams in their pomp.   No, I am not revealing gender preference or fluidity, that’s their business (or his and his) but pointing out that Harry is the pseudonym of collaborative painters Steve Lowe and Adam Wood.  Harry Adams is the name, plucked out of the air (or the sea) of a fictional Hastings fisherman; a delicate young man, who didn’t want to brave the elements, but draw.   There are three rooms here of large  screen prints – pretty well of the same landscape.  But as Andy Warhol made multiples of celebrities, so Harry makes landscape. I asked Adam Wood, Harry Adams’ better half  (although it would have been Steve if I’d nabbed him) about this.    He didn’t want to be quoted, which I totally get, as we spoke over wine in cupboard cups at the opening. So, to paraphrase our conversation…

Me, roughly:  the work is beautiful, and a bit subversive, how did you get to that one image in all its variant (oh that word) beauty?

Adam, roughly: we took photos of landscapes, then made paintings of the photos, then photos of the paintings.  We were playing around with silk screens, and one emerged to become the repeated motif.

Me, specifically: ‘why this one?’

Adam, roughly: it’s the one we kept wanting to use.

Adam, roughly: it just works – that low horizon, the space it creates.

He did say one thing I could quote. ‘There is a romantic apocalyptic quality to most of what we do.  Including our music.’  So get down to Mayfair art week and see this installation of apocalyptic beautiful large-scale silkscreen paintings roosting in a retro-futurist art clinic, with its constant drone of an industrial ventilation system, recorded by the artists.  There are also real oak saplings growing in pots, which have been grown in the artists’ studio.  That’s why it’s an installation, as the catalogue describes –

‘Themes of nature in revolt and dystopian science fiction run through Adam’s work, along side the tradition of romantic landscape painting contrasted with process art…’

I snapped the image for the thumbnail, as I enjoyed its delicate beauty; but some have the drama of giant Rorschach inkblots.   The street disc below tells to where to go and where they come from. 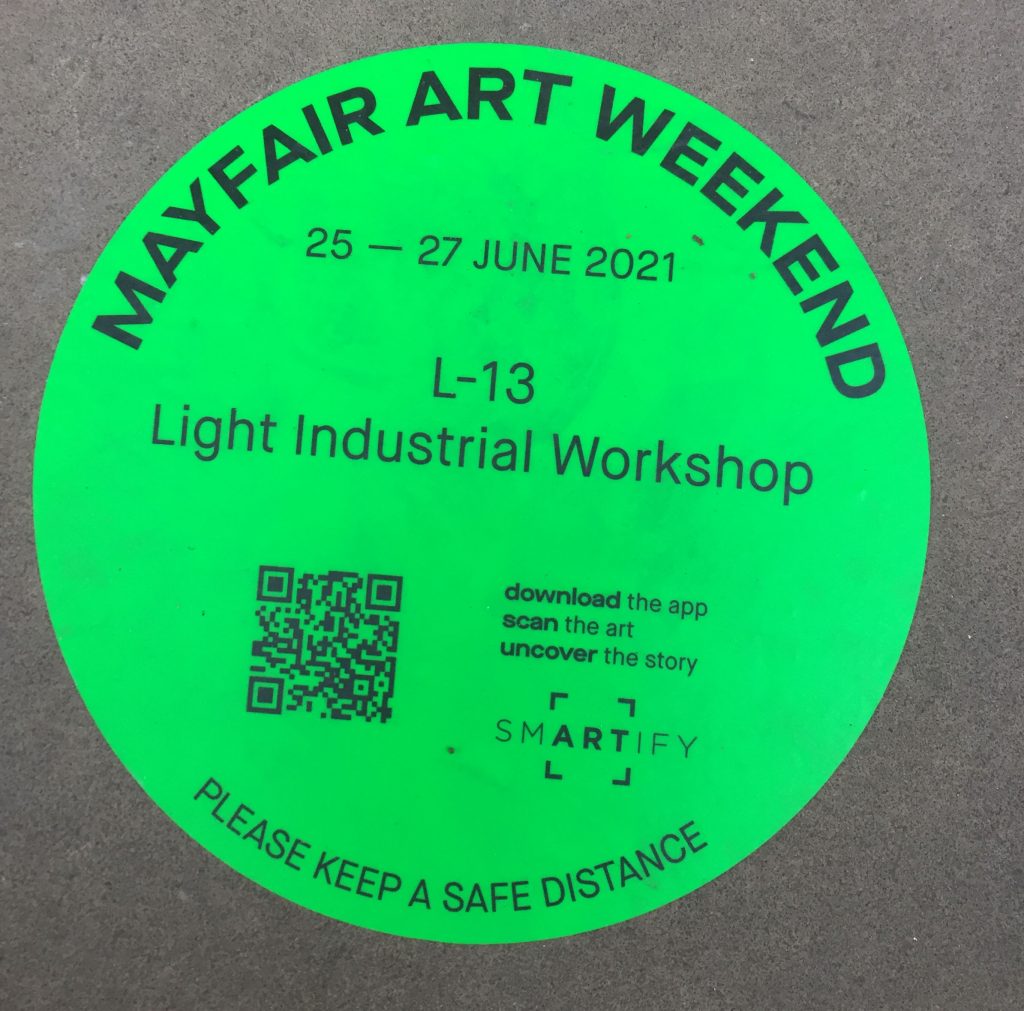 View all posts by Jan →
This entry was posted on 26 June, 2021 in homepage and tagged Harry Adams, Jan Woolf. Bookmark the permalink.