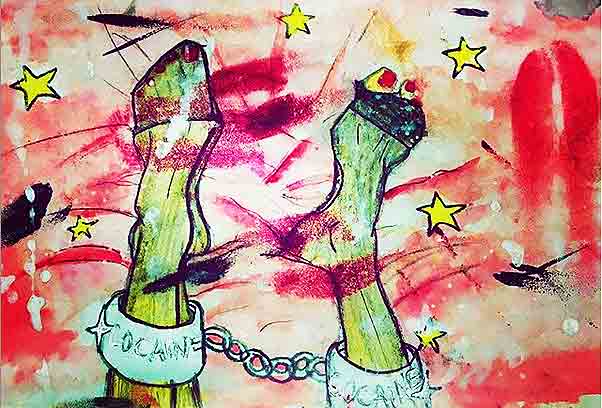 he had become the kind of man
women no longer fell in love with
Which was his ambition, over a decade ago
though no one believed him

he had always thought of himself as a progressive
a philosopher, ahead of the herd
yet he had never broken free of the
backward thinking

he had found fault, every day, in all previous judgments
the wig, worn, tatty

he had been told, he was loved
in that barely remembered past present moment
yet now all were elsewhere
with better people, in better places,
emigres from the state he was in

he had decided then, to work on forgiveness
deciding betrayal evened out between people,
over a lifetime,
like luck in die rolls

he had convinced himself
that while there was such a thing as truth
You could, alone, decide
and settle on that
If he didn’t start an argument
there wasn’t one.

Tweet
This entry was posted on 12 September, 2020 in homepage and tagged Georgina Baillie, Nathaniel Fisher. Bookmark the permalink.