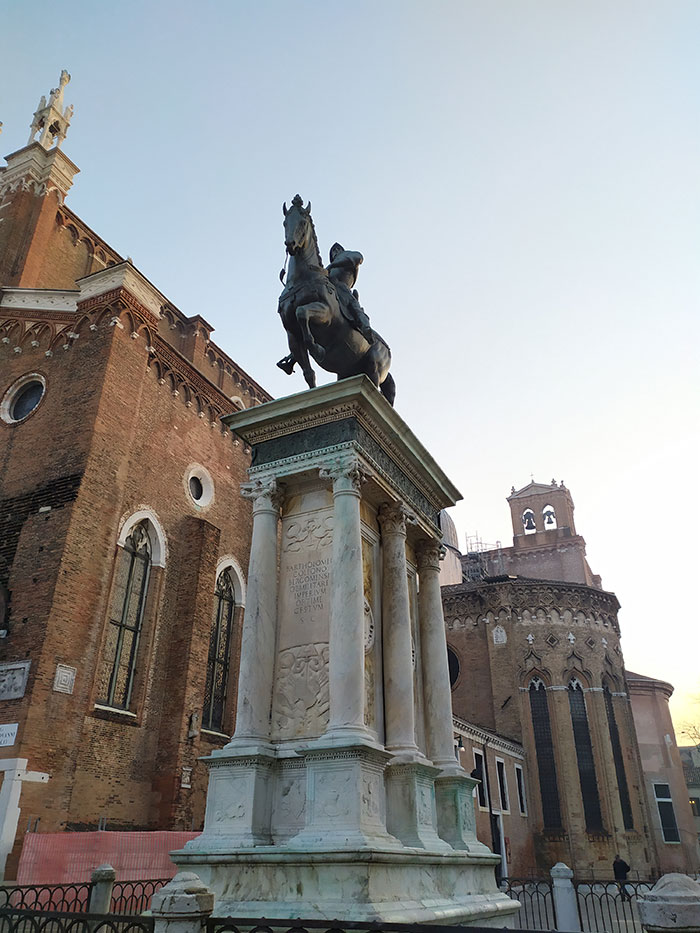 The heritage or tourist site too often sees visitors stifling yawns as they process around dusty cabinets or moulding ruins, only to leave feeling utterly unchanged by their experience. But what if heritage could become ‘wild, randy, dead and uncontrollable?’1 This is the aim of Professor Phil Smith’s concept of ‘counter-tourism’, detailed in his book, Counter-Tourism: The Handbook. Here, Smith provides subversive techniques to combat the sanitised, standardised nature of the heritage site. I tried out Smith’s techniques in Venice, where hordes of tourists are fed daily through the city’s tourism system.

When I first visited Venice as a child, it was at an age when I loved to explore but I also resented being told what to do, meaning heritage sites with their ‘no entry’ signs, roped-off areas, and prescribed routes were particularly maddening to me. ‘Counter-tourism’ theories, however, appear to show that my childish repulsion to rules was actually a precocious understanding of psychogeography. With connotations of insurgency intended, Smith’s counter-tourism techniques draw on psychogeography, which employs unconventional ways of moving through urban space (such as derive or ‘drifting’) in order to become aware of the effect of the landscape on the walker.

In answer to the question, ‘why is this important?’, Smith says, ‘Because behind those simple-sounding stories in the Visitor Guide and the locked gates marked PRIVATE, there lies a multitude of wonders, absurdities and outrages that, when counter-tourism opens the doors, provide a subversive and life-twiddling experience rather than a deferential procession through the unrevealing homes of the rich and famous.’2 Here are some of Smith’s methods put into practice. 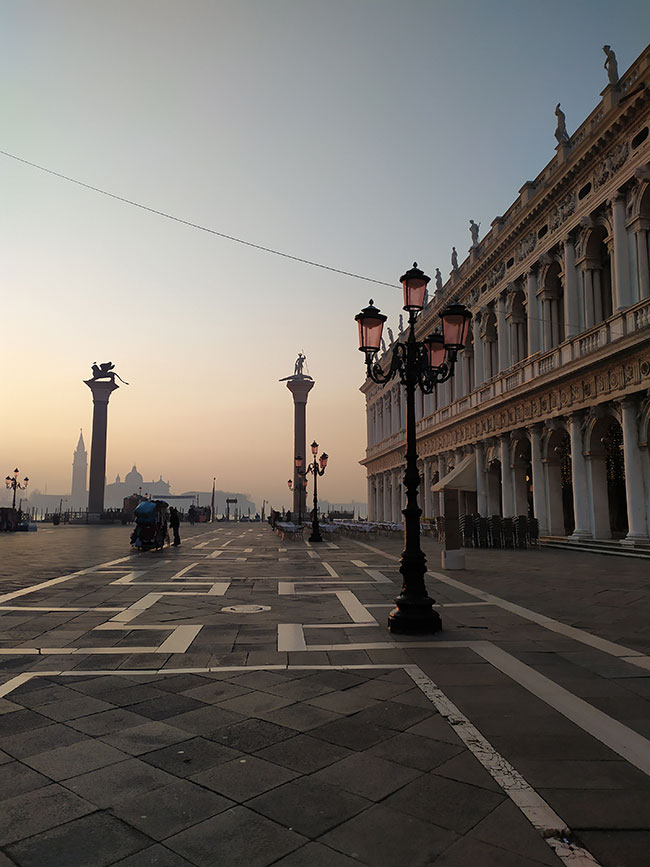 The heritage or tourist site has a tendency to ‘sell’ visitors a selected and coherent narrative using simplified signboards and audio guides providing ‘appropriate’ information. As Smith notes, ‘Very often a tourism organisation does not forbid or cover up uncomfortable or inconvenient truths, but, by corralling information around a few select stories, it renders what is unwanted sufficiently marginal to be mostly missed.’3

Counter-tourism techniques aid the uncovering of these ‘hilarities, wonders, extremes, inconvenient stories’4 to create what Smith terms a ‘multiplicity of stories’. Heritage theorist David Brett, in his study The Construction of Heritage, similarly reflects on the importance of making ‘explicit the problems lurking in what is usually (but not always) a ‘deproblematised’ story-telling’5 in heritage narratives.

In order to construct a homogeneous narrative, the heritage site also employs physical restrictions, directing you to move, look, and therefore think in an organised way. Smith suggests multiple ways to break from the physical impositions of tourist sites in order to stimulate mental freedom too. One ‘psychogeographical chestnut’6, as researcher Sonia Overall calls it, is to use a site map upside-down. Alternatively, Smith suggests walking the prescribed route of a site backwards.

After visiting an exhibition in the galleries of the Doge’s Palace, I inadvertently entered the state apartments through the gift shop, i.e. through the exit. I began walking through the apartments contrary to the prescribed route (and completely alone), and as a result I stumbled without warning upon the Bridge of Sighs which, when approaching from the intended direction, is forewarned with information signs. The effect was startling, to move from the opulent state rooms to the cold stone of the enclosed Bridge with tantalising glimpses out to scintillating blue waters, and only the prospect of damp prisons awaiting.

Brett calls our attention to the fact that meaning is often created through ‘the narrative structure of a display, which is usually realised through the circulation pattern of the visitors, and by the narrative topology of sites and buildings, and how we are led from one part to another.’7 Breaking out of this means finding alternative narratives.

The knowledge that you are disobeying rules can also add much-needed spice to a visit. In fact, Smith encourages us to ‘Ask yourself, at the end of your visit: “which of the fantasies that I entertained during the course of my visit, would, if acted out, have resulted in the longest prison sentence?”’8 Considering the number of selfie stick-waving tourists I’ve mentally submerged in canals, I imagine my sentence could be life. ‘Do not touch’ is the heritage site’s refrain, referring to both physical contact, and being emotionally ‘touched’. Sites are too often soporific, unrelatable, and kept at a distance from us. We are not moved or changed by our visits, unlike in the nineteenth century, when ‘superstitious country people would scratch stone from the statues of saints … of the cathedral at Exeter and sprinkle the grains on their wounds.’ Smith asks us, ‘What heritage object would you grind up and sprinkle on your wounds?’9 Campo Santi Giovanni e Paolo houses the equestrian statue of the condottiere Bartolomeo Colleoni, who made fun of the similarity of his surname to the Italian word for testicles and was also rumoured to have three of them himself. He might be a popular choice for those lacking courage.

Smith offers us ways to interact or react more profoundly to the tourist site. For example, he tells us to ‘Find a bust or statue. Where do you need to stand, lie, bend, jump, lean to meet its gaze? What is the significance of where it places you?’10 The statue of Colleoni, for example, is raised high on a plinth, and when standing directly below one comes under the rather meek gaze of the horse, while Colleoni seems to look pointedly and haughtily out across the city, showing us only his chin.

Smith also encourages us to find personal connections with heritage, for example looking for ‘echoes’ of one’s own local heritage in a foreign country, or imagining a particular heritage object is a family heirloom. When visiting the church of San Pantaleon in Venice, I engaged in conversation with the sexton. On learning my name was Rebecca, he took me ‘behind the scenes’ to see a painting of the biblical Rebecca, wife of Isaac. Smith’s techniques lead us to experiences like this, which are unique and possibly transformative. 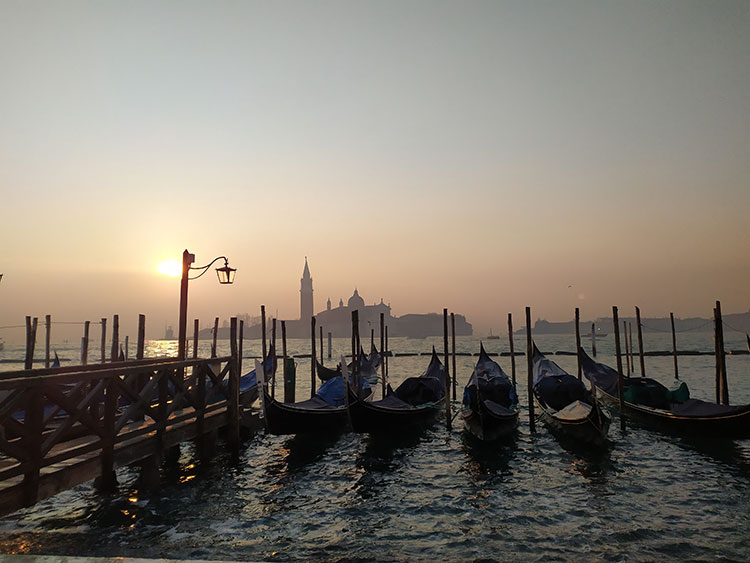 ‘The construction of heritage’

One of Smith’s techniques encourages us to ‘Initiate your own touchstone … find a piece of brass or brick … then rub your touchstone every time you pass it. See if you start a trend.’11 The purpose is to make us aware how frequently heritage is ‘constructed’ and how meaning is made ‘back to front’, so to speak.

As Brett notes, cultural traditions and heritage are used to ‘defuse issues of political legitimacy,’ and ‘The function of popular history is to create, criticise, assert or defend group memory.’12 Venetians have proved to be masters at this. That the city bombards you with images of lions of St Mark is no accident. In 829, deciding their original patron Saint Theodore was too obscure, Venetians stole the body of St Mark from Alexandria and established him as their true patron saint, constructing a whole narrative of stories and symbolism (his lion) to legitimise the move, a process which Venetian authorities continue to this day. St Theodore’s image can be found atop a column in St Mark’s Square, frequently passed over for his lion companion on the neighbouring pillar. Although I couldn’t turn Theo into a touchstone, I frequently obtrusively photograph it to draw tourists’ eyes. 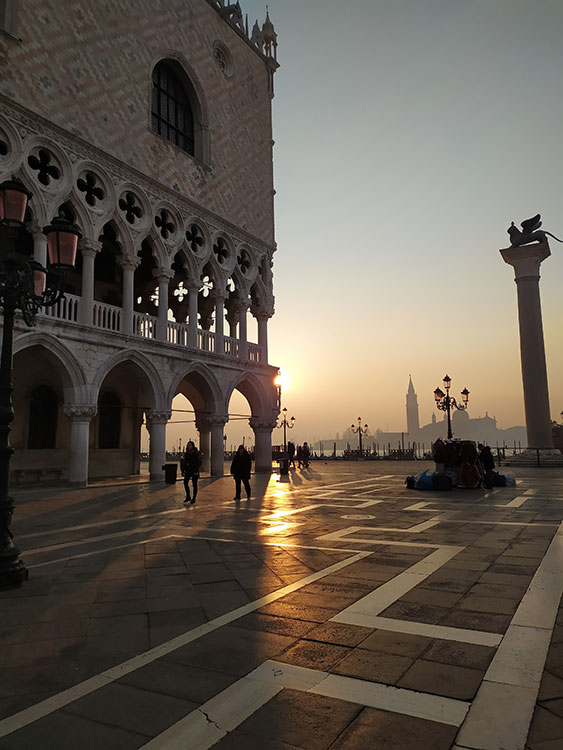 Many of Smith’s techniques aim to highlight the fact that heritage is not a static, finished story, despite it being presented as such in most heritage sites. Rather, as visitors, we too are implicit in the continued ‘construction’ of heritage. As Smith says, the feelings we experience in a heritage site are ‘just as much markers of historical things done and ambiences remaining as a court document or an early photograph.’13

Smith, as well as Brett, is also conscious of making visitors critical of the information and visual representation in heritage sites. The former suggests we ‘Visit heritage sites as if you were members of a bomb disposal squad … Assess the site’s potential dangers. Treat all offered information with extreme caution,’14 while Brett warns that studying heritage ‘deserves the same close and cautious scrutiny we would give to an unexploded bomb.’15

Smith’s techniques ensure you don’t risk actual arrest in your quest for heritage infiltration, instead allowing you to mentally break down those ‘no-entry’ doors and leap into roped-off areas.

Rebecca Ann Hughes is a journalist and independent researcher studying tourism with particular reference to the city of Venice, where she lives. She has recently written about the death of the Aperol Spritz and the flooding in Venice. More of her work can be found on her blog (www.labruttafigura.com).

Tweet
Tweet
This entry was posted on 11 January, 2020 in homepage and tagged Rebecca Ann Hughes. Bookmark the permalink.