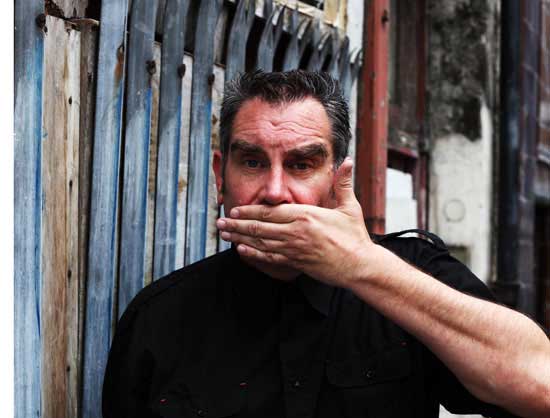 The Pop Group, like Crass, lived what they said. Their chaotic freeform music mixed funk and dub with re-presented and riffed upon conspiracy theory and statistics. Mark Stewart, their lead singer, was renowned for his cut-up tape obsessions, taking a razorblade to tape recordings as obscure and occult books, zines and documents – along with the usual suspects such as Burroughs and  Ballard –  spilled from under his couch. Or that’s what the music press said at the time.

The Pop Group imploded under the pressure of self-scrutiny, guilt and questioning, and – no doubt – musical and personal differences. They had been a pressure cooker of social concern, fear and paranoia, and their (allegedly) difficult music may have received critical acclaim but it didn’t mean the records were selling. Rip, Rig and Panic moved towards weird jazz and stormed the Reality Asylum, Head created an engaging mutant pop (check out their cover of Carly Simon’s ‘You’re So Vain’), Maximum Joy and Pigbag and got funky.

Mark Stewart collaborated with the New Age Steppers, and got dubbed out with Adrian Sherwood and various On U-Sound musicians. Learning to Cope With Cowardice was an astonishing debut: layer upon layer of sound and rhythm slipping in and out of the beat, with declamatory vocals over the top. ‘Liberty City’ had been honed live by The Pop Group and, like ‘Don’t You Ever Lay Down Your Arms’ were almost accessible; the closing version of ‘Jerusalem’, however, was something else. Here, tapes from the Proms, choirs, ambient sounds and goodness knows what else, resurrected Blake’s poem as electric mantra, freeing it from the Imperial and Colonial shackles it had become chained to.  Underpinned by a treated drum, along with a wicked hook of keyboards, Stewart sang, shouted, screamed, cajoled and shocked the song into new life.

The album still sounds restless, exploratory and revelatory. Along with Flux’s Uncarved Block and Annie Anxiety’s Soul Possession albums, it’s one of post-punk dub’s finest moments, with the studio used as an instrument in itself. Everything depends on the mix. The 2019 Mute reissue gets even better though, as it comes with The Lost Tapes, an archival release of demos, versions, unreleased tracks and ideas. ‘Jerusalem (Prototype)’ is here, along with Dubs of ‘Conspiracy’, ‘Cowardice’, ‘Paranoia’ and ‘High Ideals & Crazy’. They are raw, ambitious and occasionally unlistenable, the sound of Mark Stewart, sometimes accompanied by Sherwood, finding his way, restlessly exploring and inventing, scalpel in hand, one eye looking over his shoulder.

Stewart would go on to produce a number of marvellous albums, some more electro than dub, and eventually reform The Pop Group in the 21st century. His own work, as well as The Pop Group, would receive reissues, retrospective critical acclaim, and influence the likes of Tricky, Portishead and Massive Attack as they lifted off from Bristol into pop orbit. But Learning to Cope with Cowardice remains a highlight. It’s raw energy, disturbing mix and shocking jumps and edits continue to provoke and challenge; The Lost Tapes underpins and informs the listen. 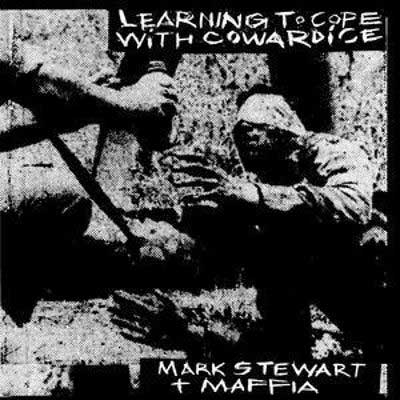 Tweet
This entry was posted on 19 January, 2019 in homepage and tagged High Ideals & Crazy Dub, Learning to Cope with Cowardice, Mark Stewart, Rupert Loydell, The Lost Tapes. Bookmark the permalink.