His Lordship (and friends) 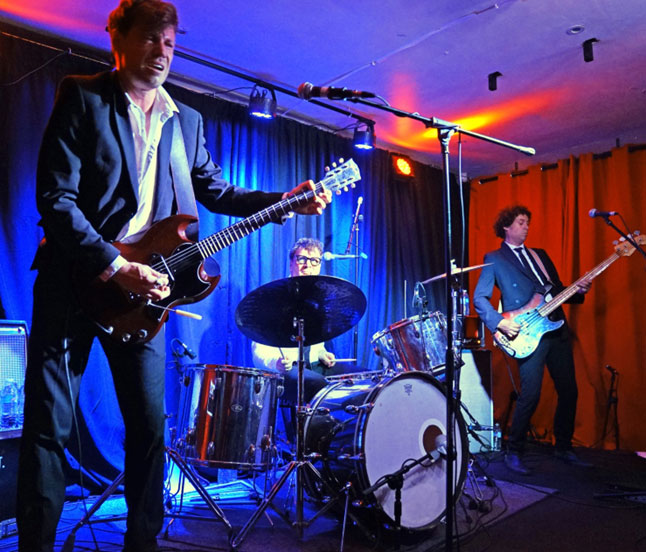 Wow! What a performance – what performers! This was a show – absolute Rock ‘n’ Roll circus and theatre.

HIS LORDSHIP is the latest project helmed by singer, guitarist James Walbourne (The Pretenders, The Pogues, The Rails) and Kristoffer Sonne (Chrissie Hynde, Willie Nelson), with Dave Page on bass (as part of the live His Lordship trio) live on the first night of their latest UK tour.

From the very first bass-line, a searing screech of lead guitar and clattering rumble of drums, this outfit announced their arrival like a behemoth, Old Skool train arriving hissing venom and steam at an unsuspecting station platform. James strikes every rock pose in the rock singer-guitarist photo book. Likewise, the slightly geeky, Kris who frequently stands behind his drums, like a heavy-weight, Buddy Holly on speed. As an audience, this a jaw-dropping experience. An Audience with His Lordship, indeed. 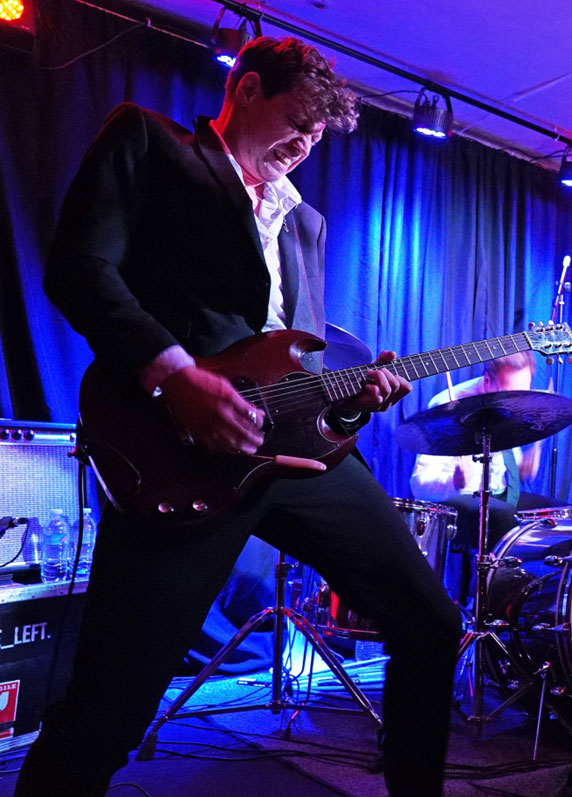 This is Old School. Harking back to Gene Vincent, Link Wray and early Dr Feelgood. Ripping it up with rock ‘n’ roll covers with a punk edge and a slew of their own new music. ‘All Cranked Up’ captures their charisma, style and pizzazz. A barrage of high NRG. Rather than waiting for a full album, His Lordship have already released their first two EPs: ‘Rock ‘n’ Roll Volume One’ – a live album of incendiary music. A blast from the past delivered with aggressive passion.

‘Wild One’ live in Copenhagen: https://www.youtube.com/watch?v=HMtXfb7CfiA

And now, their second EP features single, ‘All Cranked Up’ – a collection of six of their own songs. It’s raw, unbridled, a classy barrage of noise…punky, rock noise. It takes me back to watching Mick Green playing loud and dirty with The Pirates. And I’m told that it features a photo-cover from photographer, Red Saunders, one of the original founders of Rock Against Racism in the 1970s. 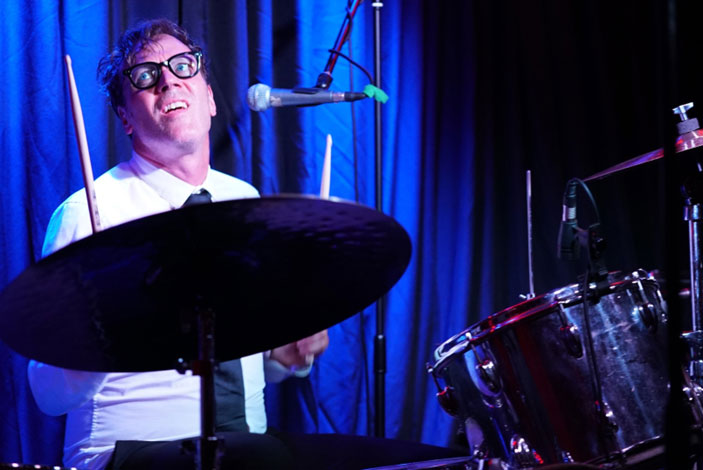 ‘All Cranked Up’, has been released along with a lively and exuberant accompanying video, directed by Nadia Marquard Otzen and starring Thea Carla Schøtt, out now: https://li.sten.to/hlallcrankedup

Speaking about the single on-line, His Lordship says:

“It’s 5am. All cranked up with nowhere to go. Here we are again. Jerry Lee Lewis and Iggy Pop wrestling in the hallway. Englebert Humperdink trying to break things up. Little Richard swinging on a chandelier, laughing. Through the haze I get up to make a cup of tea and trip on an overflowing ashtray. The music is loud, the options are few. I’m all cranked up with nowhere to go.”

On line, we can hear from, Her Ladyship: Chrissie Hynde (James Walburne also fronts the R&B outfit sometimes featuring Chrissie, ‘Her Mother’s Little Helper’, a precursor to His Lordship):

Look at James Walbourne’s other band, ‘His Lordship’. So cool and so needed in these:

songs by committee /auto-tuned/ multi-layered vocals / over produced / whinging / in it for the money / tits and ass age we’re in. Rock ‘n’ rollers don’t feature spreads in fashion magazines or awards or inclusion in halls of fame.  Remember Lemmy. Never complain and never explain.

Thank you for the music His Lordship.” 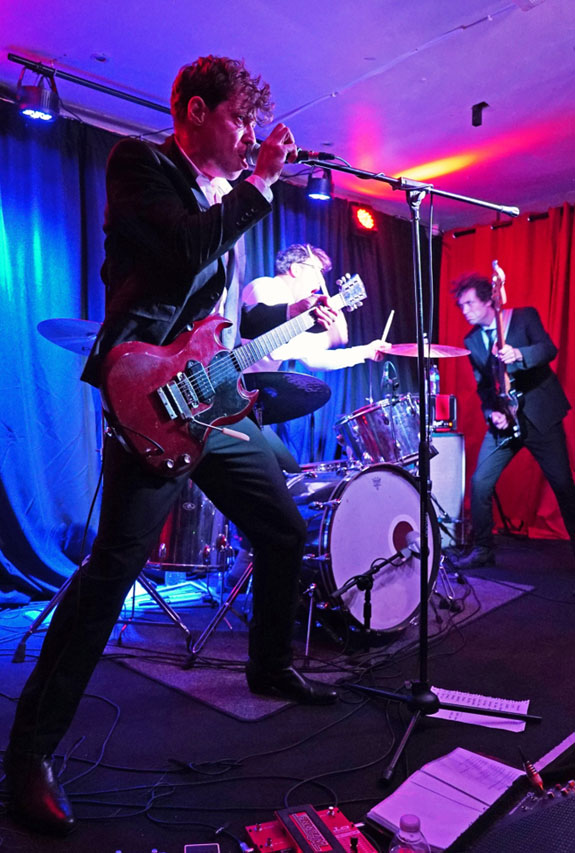 And, here’s a blast of info from ‘Say it with Garage Flowers’ on-line blog.

“Now you’re back playing live, how have the His Lordship shows been going?

Where did the band’s name come from?

JW: We got the name from… [laughs]. I don’t even know how to explain it. We were playing a gig at Goodwood House – where the cars are…

The Festival of Speed?

JW: Yes – the Festival of Speed. The backstage area was in the house. It started as a joke – I started calling Kris ‘his lordship’ and it stuck. It was a nickname, but then we thought, ‘actually – it’s good. Fuck it – let’s use that!’ And there you go…”

Support came from the guitarist-singer from The Hazy Janes, who had to limit his set in the absence of his drummer partner. A real shame as his noisy guitar breaks on electric guitar reminded us of Jack White, with or without the White Stripes:  facebook.com/thehazyjanes 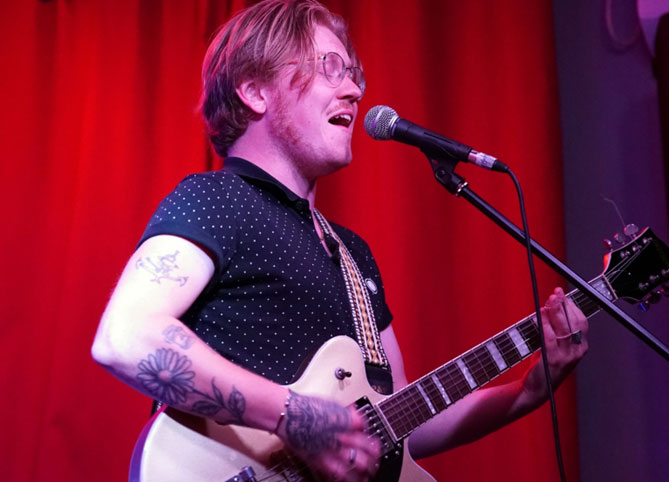 Plus, ‘I find it hard’: https://www.youtube.com/watch?v=S9vYhUJ2nhE

Back elsewhere in the Planet of Music that is Todmorden, with my brain still numb from His Lordship and my ears a-ringing and a-singing, I was able to relax downstairs at the Golden Lion with a glass of apples and enjoy a slice of the Open Mic Night. Here was Rik Simpson’s debut on the Tod stage. Gentle and whimsical relief from the sensory battering! https://vimeo.com/728093012 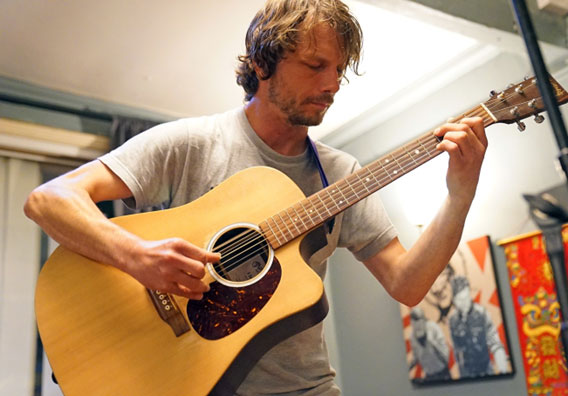 And just a few days ago, traditional acoustic bluesman Dave Speight played a few doors away at the Three Wise Monkeys. So much musical soul-food to savour! https://www.youtube.com/watch?v=WfEAEyuITpI 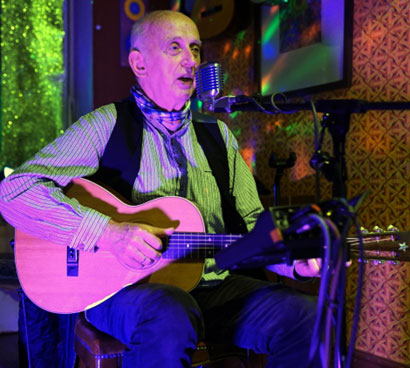