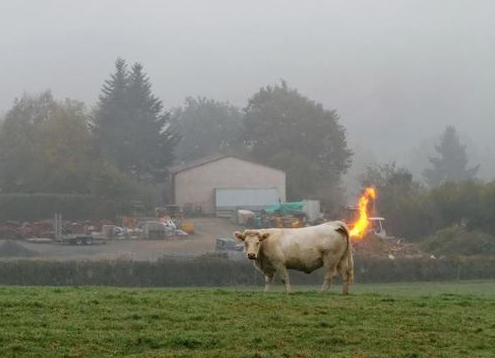 Smiling for the press the men (where are the women?) who are going to ‘save the planet’
Descend from their private jets.
They arrive, just in time for the banquet, in petrol guzzling limos.
They eat fillet, porterhouse, sirloin steak, boeuf-à-la-mode (after all they are in Paris.)
Meanwhile on green pastures herds of cows waiting to be slaughtered
Fart, exuding methane into the atmosphere.
(Methane is twenty-one times more potent at trapping heat from the Sun than carbon dioxide.)
As the men who are ‘saving the planet’ shake hands
(Without looking into each other’s eyes)
Cows, ruminating on acres of meadows,
Ask themselves who will save the land.

Tweet
This entry was posted on 17 December, 2015 in homepage and tagged Climate Change Conference, Hanja Kochansky. Bookmark the permalink.