On Clive Mitten’s TALES FROM A MISSPENT YOUTH

Kid gloves removed, Clive Mitten says hello to the gone
By taking out his synth cello to orchestrate a shining suite
For the diamond who fell so very far, to the rough.
Pink Floyd’s requiem gains a further elegiac sheen
Through Clive’s keyboard as he worked away during
Lockdowns to free this and other inspirational pieces
From a political prison that each musician used to sharing
Their sounds found so tough. And thus, this maestro sat down
To conduct his own tributes to those who helped form him
And led to his own Suite Cryptique; And onto this double album

Which sets fourteen seminal pieces into, to quote the still great
Roy Harper, a ‘cherishing of the lonesome,’ with a synthesised
Take on song sheets. Mitten starts with Pink Floyd, but moves
Onto Mike Oldfield. Songs from Tull, Rush and Peter Gabriel
Follow; Supertramp, Genesis; names which for some define
Inspiration, and while the original playing provoked
Perspiration, Mitten’s grace ‘above’ pressure defies menaces.
His version of Shine on You Crazy Diamond slides through
That glacial composition; as Mitten’s cello based arrangement
Melts David Gilmour’s guitar and Rick Wright’s atmospheres

With a touch of John Tavener at its core, and through
The ‘protecting veil’ Clive casts over the face of Syd Barrett,
As harps, flutes, piano, clarinet and even tabla seek
To assuage his past fears. Gabriel’ s Games Without Frontiers
Follows on, titled in French, tune translated by a tuned
Percussion Ensemble, with piano placing lyric, cinematic
Strings, machine drums; to extricate with repose, the evil
Within Peter’s playground, in which fascistic children
March to older beats, their feet numb; so as to punish
The foes that despots believe disguise everybody;

And we hear this edge in the vision that Mitten has made;
Tall tales spun.  Side one of Tubular Bells follows this,
And with Reichian regard, re-ploughs Oldfield, turning fresh
Earth with repetition and phasing, as Mike in turn echoed
Steve. And so Clive takes it back, exposing multi-directional
Inspiration as he, master Bassist himself adorns basslines
With tom toms and stitching instruments and strings
Which song weave. Its an astonishing accomplishment,
Once heard to take on such pieces. One pair of hands
At a keyboard with samples and strings channeling

The musician Clive is, and was, as Twelfth Night’s
Main composer; the music of Sequences, We Are Sane
And Creepshow for starters, providing some indication
Of the magic created inside his home studio’s sound
Pannelling. Genesis’ Supper’s Ready arrives, with a swoop
Of strings now replacing the acoustic guitar heard on
Foxtrot back in 1972. Fifty years later it sounds all the more
Classic, as Mittens throws his entire orchestra at it;
From descant horns to mixed chamber choir, the majesty
Of that music is ecstatically served to seem true.

Harp, harpsichord, vibraphone, even Rugby School
Chapel organ; it is as if that band’s history and beginnings
Have been whirlwinded away with the words to form
A new cloud of both chaos and calm from Peter Gabriel’s
Apocalypse/Paradisical lyrics and his, Tony Banks,
Mike Rutherford, Steve Hackett and Phil Collins’ music,
Adding gravitas to a genre that a sneering press deemed
Absurd. But the best of it betters all for sheer skill and vision
And so it proves in this version serving song poetry,
Giving way to Pink Floyd’s Echoes, which opens CD 2

Of this album; as epic anticipates epic, these testaments
Become Mitten’s Bible, equipped with all of that tome’s
Tenancy. It could be argued that Echoes was the craft
In which Pink Floyd Mach Two scaled ascension;
All of their trips post Barrett led them , or so it sounds
To these themes, which Mitten serves with solo violin,
A la Mozart, as he also brothers Beethoven, that single
Piano note swelling into a aural universe’s vast scheme.
The song heaves into view, as the twinkling continues,
As if a Star God were stirring and shaping the sky

With soft hands. It shows a remarkable rush
Towards resonance, evocation and the reverberation
Within space’s spontaneous transformation; as if this
Were a language that only certain ears and souls
Understand.  What this one man orchestral album achieves
Is an aim for all of those isolated; whether then, now,
Or in a future that we are in 2022 yet to see.  But just
As young Clive would have played direct tributes
To these groups when he first started in music,
Now he too rises, as as he tackles Lifeson. Peart, Lee,

Waters, Wright, Mason, Gilmour, Anderson,
Hodgson, Davies, and then back Banks and Gabriel,
Rutherford, Hackett, Collins with the wonderous In the Cage
Medley. If anything, CD Two wealds more grist, as music’s
Wheels start star turning. That misspent youth long invested
Dignifies the light title in order to create currency.
Clive gives these older pieces value due to his dedication,
And to the unique understanding which only clear devotion
Provides. Living in the Past dances on. Its ingenious 5/4
Percussive array springs each step and helps to quantify

Unknown futures, Just as Supertramp’s Bloody Well Right
Is the answer to why this album has worth; songs survive.
The joy at the top of Peter Gabriel’s Solsbury Hill tumbles on.
Its lightness of touch sets hearts singing. In its release,
Rests the freedom and sublime expectation that we all wish
From life. And also the youth of that boyish 1970s music fan,
Now much older, has in remembering and translating
For new generations musical ecstacy in exelcis, which could be
Contained and described here, as if passion itself had a wife.
Countdown and La Villa Strangiato astound with their

Staccatoed precision. The notes stamp like stilettos
Through the incoming Rush and reveal; as string lines soar
Through the streets of these imagined musical cities,
And the Supertramp sat there watching on the way to School
Can’t conceal Clive’s command and his care as he arranges
Ambition, In order to serve those who fed him
And his home schooled hunger to become something else;
An apostle of sorts to the Genesis which begat him,
And without whom the numbers that he went on
To write would not have formed as dextrously,

Or as grandly; for these are the cards fate has dealt.
Mitten sat at home and relearned some of his own
Teenage lessons and in so doing, this College of care
Came to rise. It is a beautiful thing, as can be heard
In his Supertramp scoring and the blissful harps
And pianos with which each song is comprised.
This record is a beautiful buffet Clive baked,
Despite your own taste in music. A meal made
In private and for a past that the public may now
Wish to try. From the cage he was in,

The Cinema Show of strings now unlocks us.
In these particular songs love is singlng;
With the unheard words sung within us,
The composition of changing, and of changing
For the best lets sound fly.. 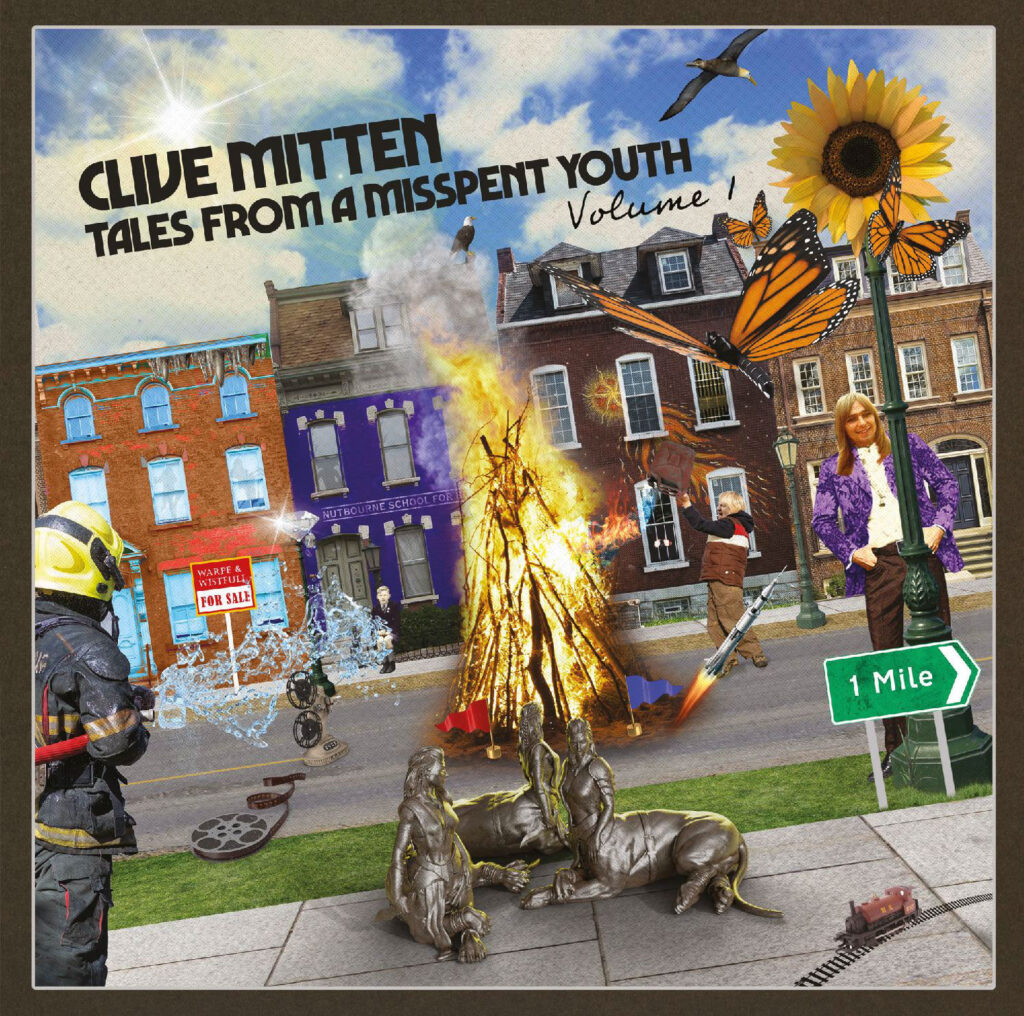 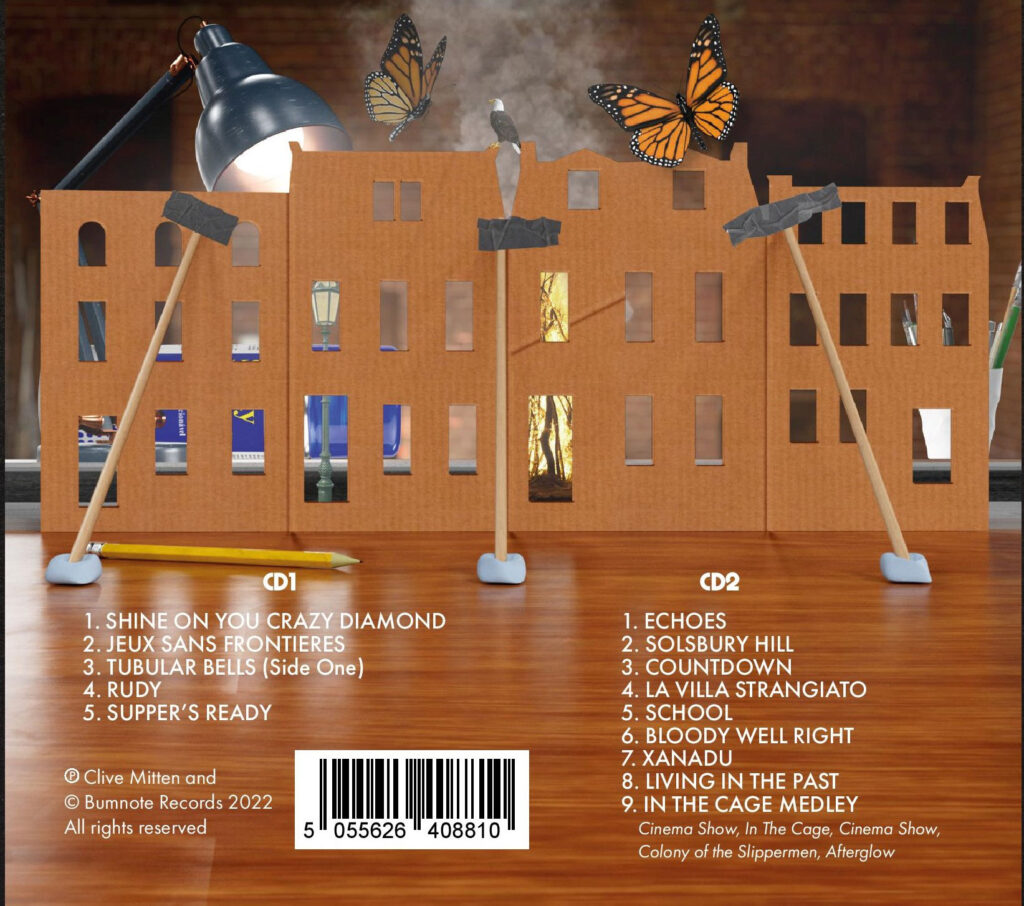 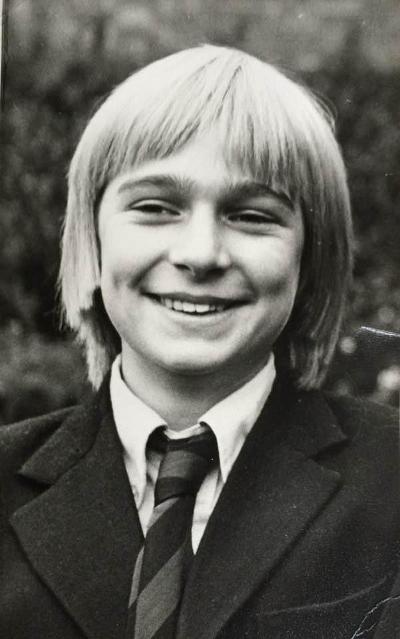 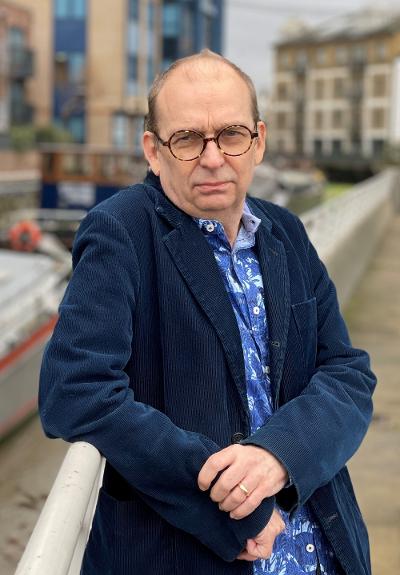 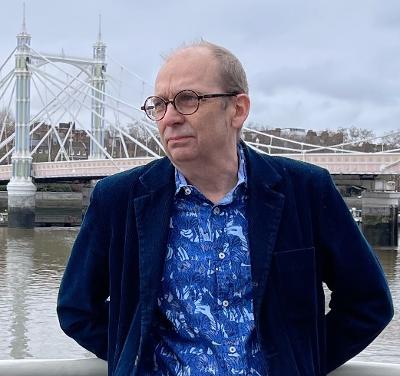 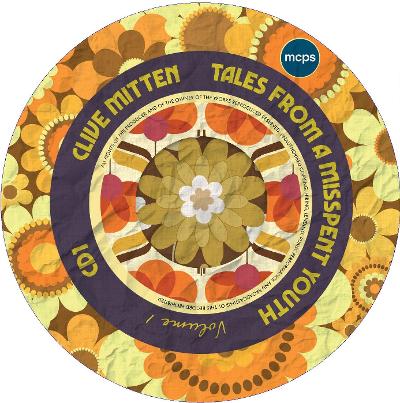 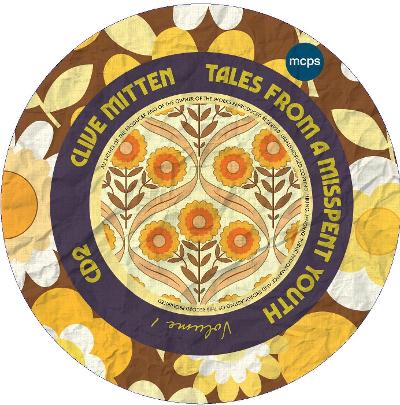 View all posts by David →
This entry was posted on 5 February, 2022 in homepage and tagged Clive Mitten, David Erdos. Bookmark the permalink.