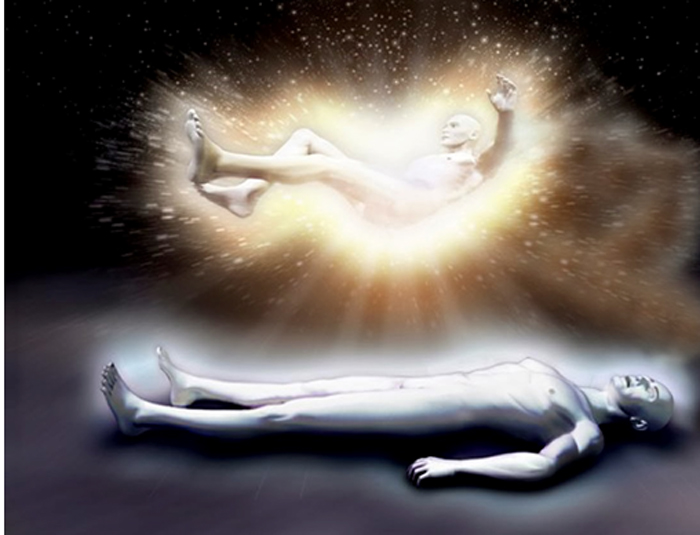 A scientist called Dr. Robert Lanza claims
Quantum Theory proves consciousness
De-camps to another universe altogether
At the precise moment of your dying. [1]

Your last breath will do the heavy lifting
Propelling your sub-atomic soul
And its particles to another state of being,
Whatever state your body is in.

This revelation of your future soul-removal
By sub-atomic transportation
Could be considered a relief but, if it’s the case,
You may wish to be fully prepared.

For if the act of dying squeezes some cosmic trigger
You have to ask, what about atheists?
Will all atheists be herded into an unfamiliar world
To enjoy a different day at the beach?

All protesting at having been plunged into an unwelcome afterlife,
Insisting they’re at their best when exposing fabrications.
You’ll suffer snarling self-worshipping skeptics, stomping on clouds,
And complaining heaven’s landscapes are tacky stage-sets –

Their pride will have been injured at being proved wrong.
They may demand some form of spiritual euthanasia
To escape their being squelched by gazillions of the credulous.
You may see atheists on suicide watch, guarded by angels.

But, of course, if infinite space is to be our spiritual home
There’ll be space for every belief and non-belief
And although there may be no one there to hear you scream
You’ll hope there’ll be someone to hear you laugh.

[1] Dr. Robert Lanza ‘Biocentrism: How Life and Consciousness Are the Keys to Understanding the Nature of the Universe,’ Dallas, TX.:  BenBella Books, 2009

View all posts by Heathcote →
This entry was posted on 6 February, 2014 in homepage and tagged angels, atheists, Dr Robert Lanza, Heathcote Williams, Immortality for all, quantum theory, skeptics, spiritual home. Bookmark the permalink.