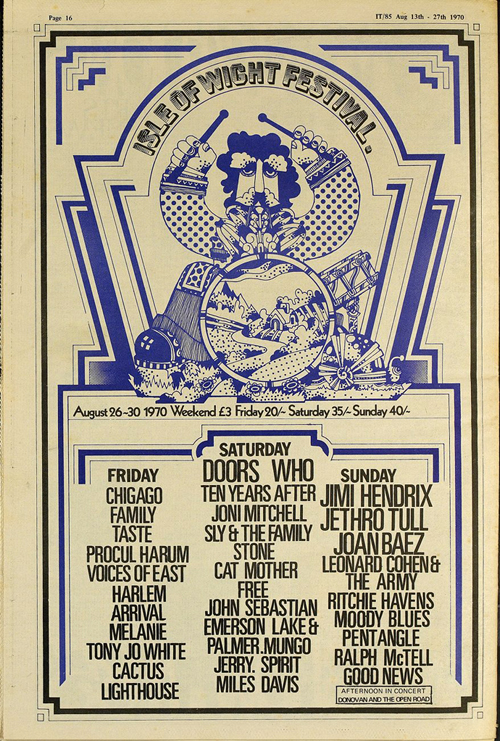 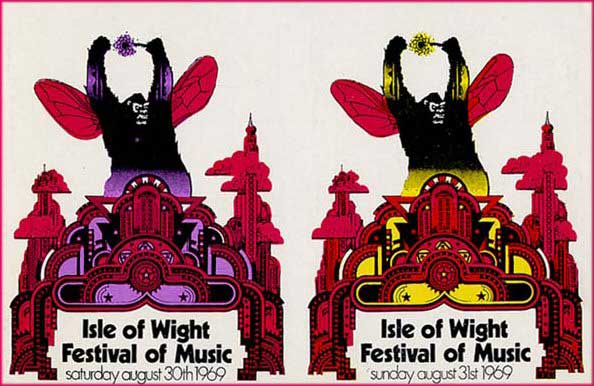 I’ve just received the extremely sad news that Dave Roe (known more recently as David Fairbrother-Roe) passed away last year. Dave was the artist in residence for all three original Isle of Wight festivals and created their outstanding visual identities. With much more than advertising, PR and promotional material, he imbued the occasions with his unique sense of fun and zany Scouse humour.

We originally met Dave through my brother, Bill, at the Royal College of Art. During the festivals he was an item with our sister, Jo. Our events would never have been the same without him. Dear old Bean, as he was always known to us. R.I.P. Your contribution to the Isle of Wight Festivals will live on as long as the music. 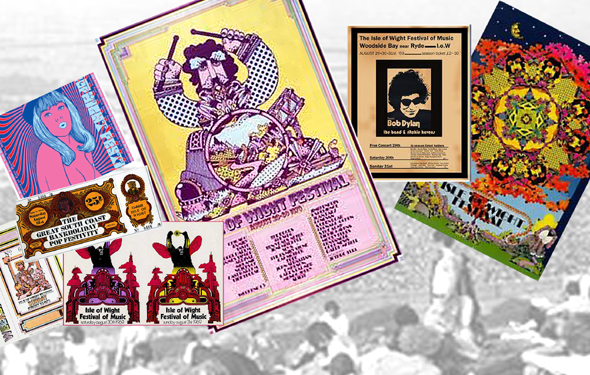 David Fairbrother-Roe was a Liverpudlian illustrator. He studied at the Royal Academy in London in the mid 60s before tuning in and turning on and becoming a prolific popartnik. His academically-trained technique put him head and shoulders above many of his autodidact contemporaries producing psychedelic art. In 1968, 1969 and 1970, Dave was the artist who produced the posters, programmes and tickets for the Isle of Wight Festivals: Britain’s most famous 60s rock festivals (the UK’s Woodstock). The most famous of these is the ‘Psychedelic Drummer’ poster… one of the original posters reportedly now hangs in Noel Gallagher’s living room.

Dave’s work includes original photos of Jimi Hendrix performing at the Isle of Wight festival (his last UK concert). In the 1970s, Dave produced acclaimed album covers for Jon Anderson of Yes and Nazareth. He also produced ‘science fantasy’ cover art for the Pern novels of the Tolkienesque writer Anne McCaffrey. McCaffrey called him in a letter the ‘king of dragon artists’, and his talent for dragon-painting led him to work on an album on Dragonlore with Jon Anderson. 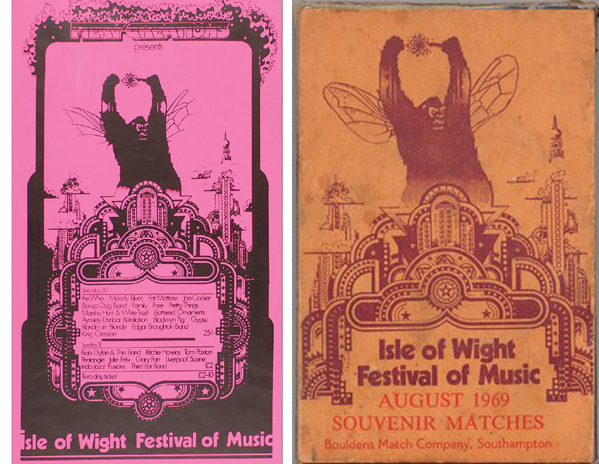 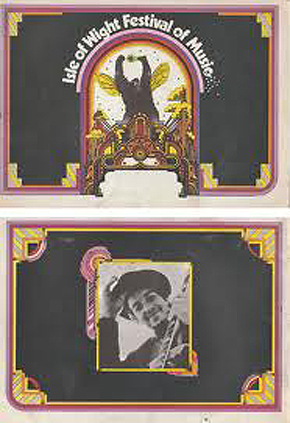