‘In the gaps between the hills’ 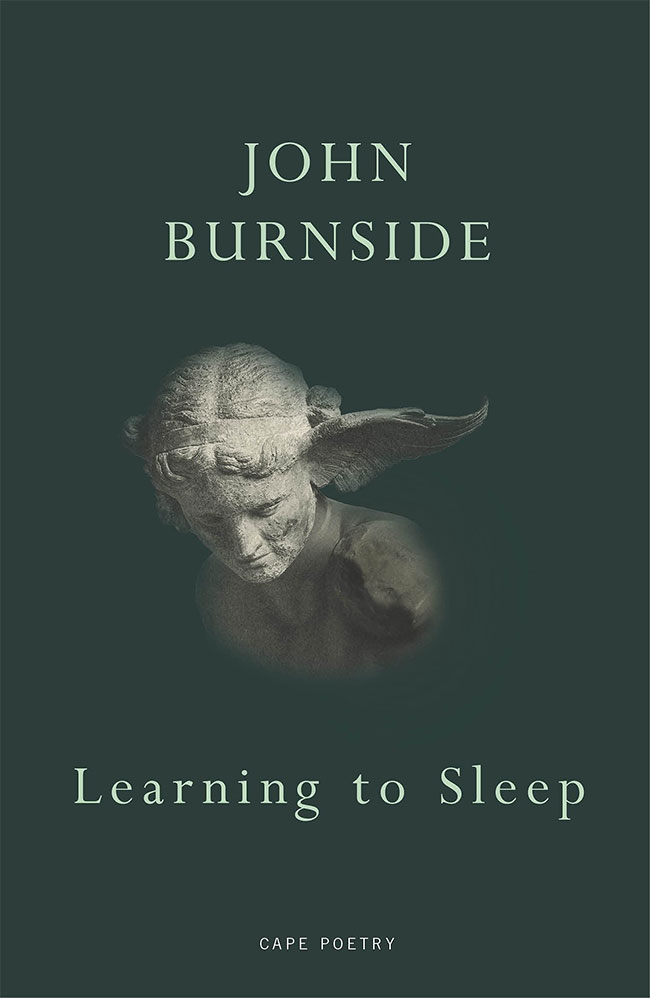 John Burnside is one of our best contemporary writers, whose poetry and fiction explores ideas of home, place and myth, often utilising pagan or animal themes, focussing on the liminal spaces of human habitation and thought.

It’s been four years since his last poetry book, so Learning to Sleep is an especially welcome publication. The title refers not only to Burnside’s insomnia but also to ideas of dream states, where ideas and beliefs conjure up new connections and ways of thinking. Burnside may be resolutely pagan, with titles such as ‘On Being Pagan’, but he is also influenced by his Presbyterian past, Buddhism, and attracted to shamanistic ideas of animals and those folk tales and myths that surface time and time again in many different cultures.

So there are poems about angels and silkies in here, though it seems clear Burnside does not literally believe in them but welcomes them as ways of thinking about things. Those things include ecology, how we humans live, society’s dysfunction, and more mundane things such as the weather. Basically, Burnside is an intense observer and interpreter of how we live, how we inhabit the everyday, the now; and how people such as Rimbaud – whose work he draws on for part of the book – previously lived, and what we might learn from them.

Burnside’s poetry is lyrical and highly readable, but also deep and engaging. It requires readers to re-read and to think, to make connections for themselves. In many places it is sad, angry or despairing, but there is an underlying optimism too, with the narrator of the final poem, casually titled ‘Postscript’, watching the evening clouds and the neighbour’s cattle turning away, ‘waiting for the weather to be done’, whilst he looks out

on the brink
of elsewhere, gazing out across the land,
as if a better world was still to come.

That strange mix of potential optimism, with ideas of ‘elsewhere’ and ‘a better world’, undercut by the ‘as if’, is typical Burnside: melancholic, visionary, poetic yet also realistic and down to earth.

Burnside’s poetry and fiction is the subject of a new book in Bloomsbury’s Contemporary Critical Perspectives series. Unlike many academic books it is both highly readable and affordable, and it doesn’t seem to have been too long in the making, so it is up to date, although it doesn’t of course include the just-published poetry book.

Burnside’s fiction is often violent and emotionally raw, coming at the same subjects as his poetry but from a very different angle. His characters often abuse each other and are abused; they sometimes inhabit impossible worlds of memory or imagination, occasionally meet fictional monsters or impossibilities. Burnside has also written three non-fiction books which appear to be uncertain or sometimes misremembered autobiographies. 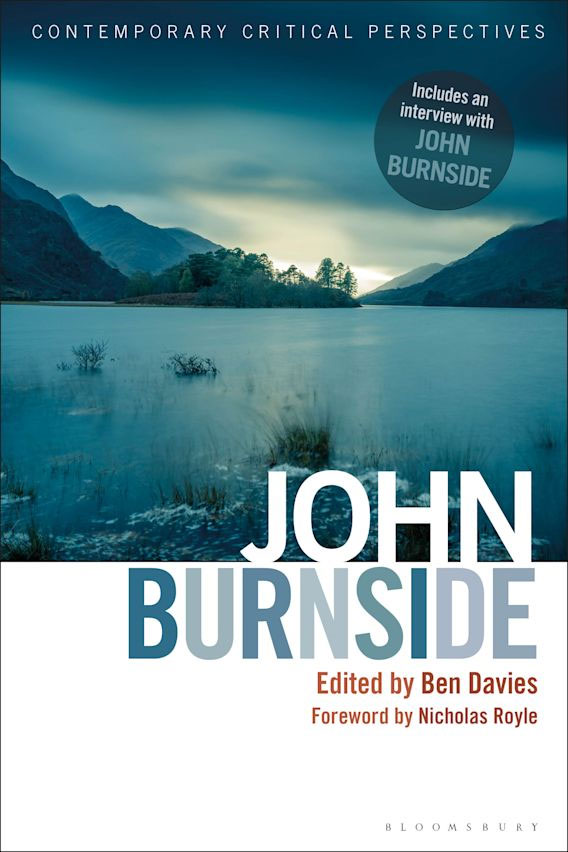 Ben Davies has gathered up chapters on a number of intriguing topics: the metaphysical; the numinous; the idea of home; masculinity, law and authority; the pastoral in relation to history and ecology; hauntings and spectres; and others, along with a new interview with Burnside.

If this seems an impossibly diverse list, one of the things Davies has done is carefully shape the book so that themes and ideas reoccur and are considered a number of times using different theories as lenses to consider them. So Peter Childs uses ideas of alchemy and gnosticism to support his ideas about Burnside’s ‘Fictions of Spiritual Connection’, but also discusses the absence of home, or ‘Living Nowhere’, ideas which are later echoed by Monika Szuba discussing ‘Dwelling’ in a chapter entitled ‘”A Temporary, Sometimes Fleeting Thing”: Home in John Burnside’s Poetry’.

Elsewhere how Burnside uses language is explored, along with ideas of ‘crossing’ from one world to another, or from one state to another, as well as ‘melancholia’ and the whole idea of haunting: how the past is somehow imprinted on the present, and how we (or more specifically, Burnside) might respond, make use of, observe and write about it.

It’s a fascinating anthology of contextual ideas and analysis, which only occasionally bogs itself down in abstract academic ideas. If I have any negative comments it is that I wish there was more about Burnside’s poetry, and I wish the interview was longer: as it stands it feels rather slight and tagged-on at the end of the volume. (The cover design with its pretend sticker announcing that the book ‘Includes an interview with John Burnside’ doesn’t help; it feels like a cereal box announcement for a plastic toy within.) I’m all for interviews being regarded as research material in their own right, so it’s a shame that it’s become an aside or extra.

If you don’t know John Burnside’s work (and he has been regularly published since the late 1980s) then I recommend that you catch up now. His perceptive and original interpretations of the world around us not only offer hope, comfort and new ways of seeing but also challenge us to deal with what one poem calls ‘a glitch in the present tense’, as we come to terms with the effect we have had on our planet and each other.

View all posts by Rupert →
This entry was posted on 2 October, 2021 in homepage and tagged ed. Ben Davies, John Burnside, Learning to Sleep, Rupert Loydell. Bookmark the permalink.