My Baby’s Dubbed on a Ray of Sound 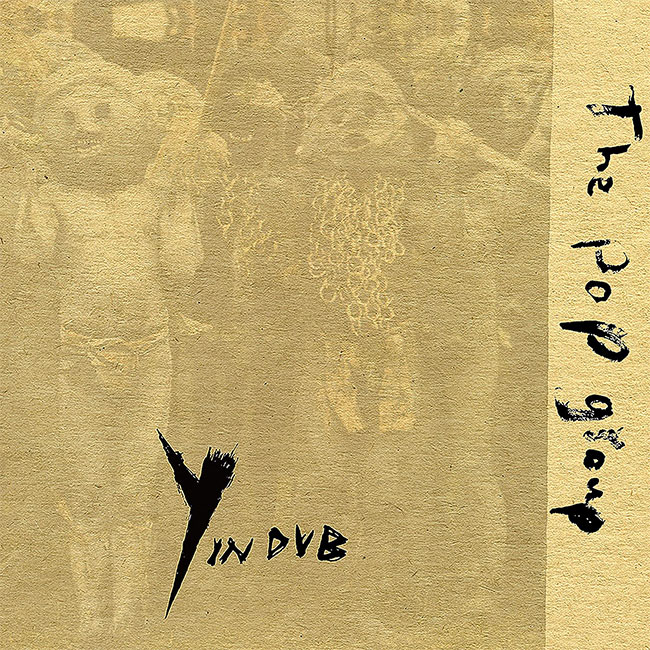 Roaring out of Bristol in late 1978 on a ray of sound, The Pop Group were originally part of a phalanx of radical new wave bands intent on pushing, mixing and collaging musical boundaries, alongside Gang of Four, PiL, The Slits and others. Leaving behind the musical puritanism of punk, their intense live performances wilfully mixed together funk, dub, skronk – jazz, left-wing agitprop and Mark Stewart’s anti- singing, but it proved more difficult to capture their vibe in a groove. Many of their similarly radical peers scored surprise hit singles – for example, Pil’s ‘Public Image’ – but, signing with Radar, The Pop Group on record never quite reached a wider public. They came closest with their powerful first single, the Nietzsche-referencing ‘She is Beyond Good and Evil’ and the accompanying album Y, both released in Spring 1979.

Since 2015, a reformed line-up has released new material, but now comes that oddly anachronistic idea, a dub version of an earlier release. The fact that it is the Y material that has been reworked in this manner, by original producer Dennis ‘Blackbeard’ Bovell, should have all aged Pop Group admirers salivating, because it’s largely on this album that their legend rests.

Despite the wilfully obscure album graphics, despite the barrier of Mark Stewart’s screeching, hissing, roaring ‘singing’, despite their tendency to sloganise, one thing this remix makes clear is that they also had songs: loping, funk-infused blasts such as ‘Thief of Fire’ and ‘We Are Time’ which go a long way toward illustrating the excitement which surrounded them at the time. The archival release We Are Time (1980) hinted at this, rounding up stray Peel sessions and live tracks, and the recent Cabinet of Curiosities (2014) added more, but stripping some of their most potent material down to dub-infused bare bones really allows the listener to hear how strong, melodic and urgent their best songs were.

On several cuts here, this involves radically stripping back one of the biggest challenges to their sound – Stewart’s confrontational voice – and, as in many dub cuts, falling back on bass and drums to do the heavy lifting. ‘We Are Time’ becomes a six-minute long, sinewy, dub masterclass, falling back on Simon Underwood’s slippery bass riffs and Bruce Smith’s tasteful drum fills, propelling shard’s of Stewart’s original vocal onwards. ‘Thief of Fire’ is softened slightly, again uncovering fractured melody, whilst the mostly spoken ‘Blood Money’ remains a terrifying collage.

On a couple of the weaker tracks, Bovell is unable to shape the fragments into anything new and listenable: ‘Words Disobey Me’, despite fascinating lyrical ideas, remains a bit of a twitching, chaotic mess, whilst on ‘Don’t Call Me Pain’, bass, drums and guitar seem to be playing different compositions which never quite coalesce. This dip in quality after the opening salvo of ‘Thief of Fire and ‘Snowgirl’ may be one reason Y was labelled inconsistent upon release.

Appended to the original track listing, the final two cuts are ‘She is Beyond Good and Evil’ and ‘3:38’, the A and B side of the roughly contemporaneous first single. St Vincent’s cover of the former on the Jimmy Fallon show in the US in 2011 revealed the power and timelessness of the song, but here the dub remix doesn’t really take off until halfway through the six-minute take. The rarities collection, Cabinet of Curiosities featured a more melodic, conventional version of this, the band’s calling card, but here the reimagining just reminds you that the original is unsurpassed.

Throughout several of these remixes, John Waddington and Gareth Sager’s clipped, funk-influenced guitar and sax playing stand revealed as wild, counterintuitive blasts to the bass/drum anchoring, notably on ‘We Are Time’. Bovell, the producer of Y singled out the rhythm section of the band for their tightness and the original ‘3:38’ laid out a mighty riff (‘Beyond Good and Evil’ played backwards), powering on through dub effects, building in intensity before dissipating – their finest instrumental moment. Unfortunately the dub version here opts for space rather than pressure, a worthy effort but again not surpassing the fire of the original.

Ultimately, there were perhaps too many competing influences to make The Pop Group, in their original iteration, accessible to a wider audience, though tales of their powerful live gigs remain. They split in 1981, reforming with several original members in 2010 and releasing new music regularly since then. Their incendiary, legendary reputation largely rests on a handful of songs on Y which sounded like no-one else at the time. Some of the scorched-earth performances laid bare on this dub reimagining make the casual listener gasp, even now, but it’s the radicalism of the band circa 1979 which lingers, rather than a stunning 2021-style second coming.

Tweet
This entry was posted on 2 October, 2021 in homepage and tagged M.C. Caseley, Y in Dub. Bookmark the permalink.