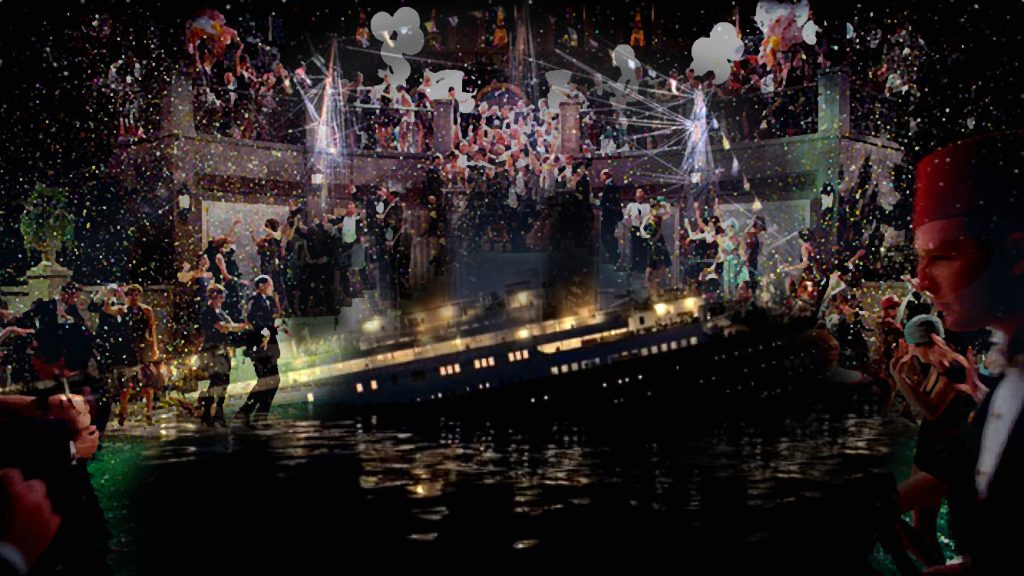 Summer lightning fills the sky
flickering like a flash bulb—and the rich are roaring
like a ravenous rugby crowd, but it’s 2 a.m.
baying as if for blood on their pseudo Cutty Sark,
its mast and rigging lit up with fairy lights
in an infernal glow—hell afloat, pleasure at any price.
We saw them strutting in their black suits and tuxedos,
men in black, illuminati on the loose
swanning on the waterside promenade: one
elite entrance to another, by invitation only;
four hours later, drunk in their bubble,
drifting over the air. No use asking
Why don’t you do something for the planet ?
Pleasure like this its own vice, magnified
holding them all in its trance, to no account;
it’s all been paid for, so they have the right
as if unassailable, offshore like their lives
the lightning, the sky’s reply, and all it would take
to blow them clean away…

By 3 a.m. they’re gone like a dream
as I pace the night road to the edge of town
where the bronze Olympic runner lifts
his raised face and torch at full stretch,
as I crouch

View all posts by Jay →
This entry was posted on 20 June, 2018 in homepage and tagged Claire Palmer, Jay Ramsay. Bookmark the permalink.

One Response to INFERNO