Is someone still saying there are gods above?

Posted on 1 September, 2016 by Heathcote 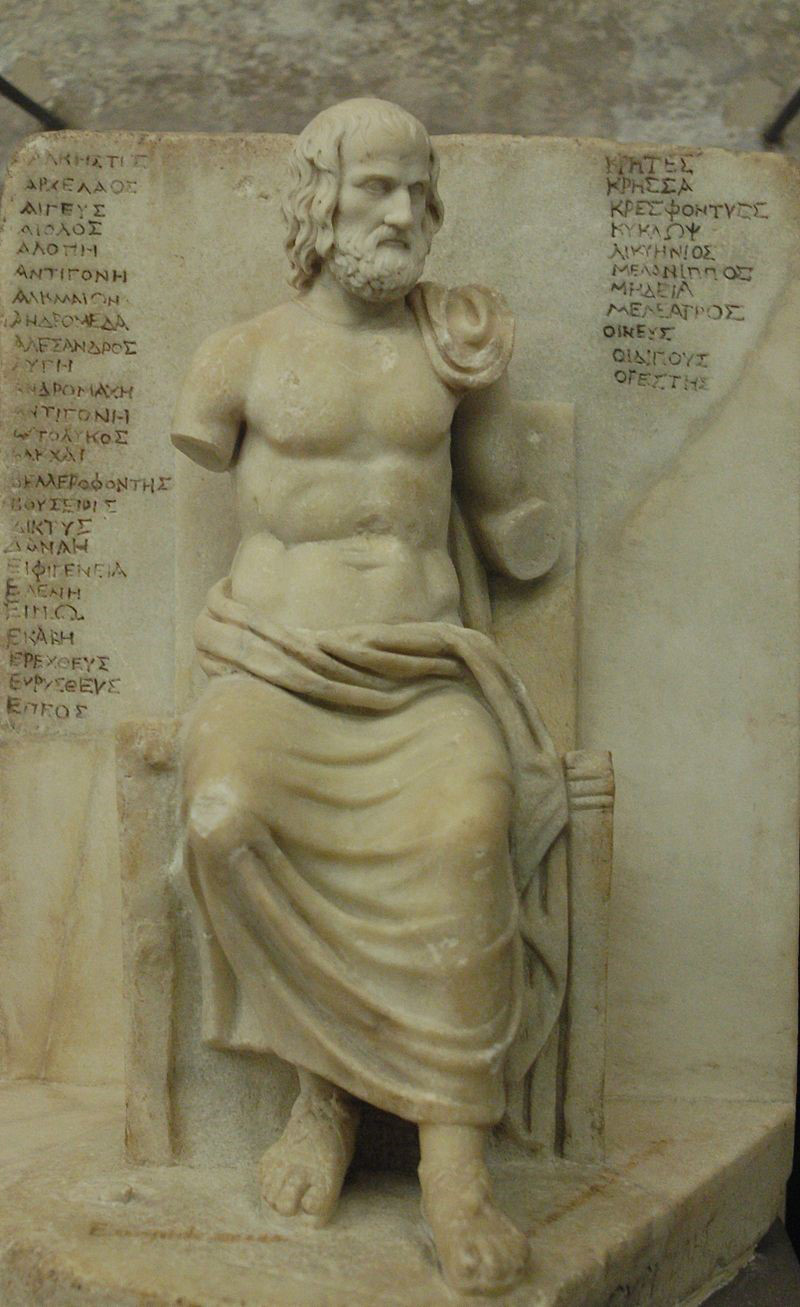 Is someone still saying there are gods above?
Well, there aren’t. There certainly aren’t. Let no fool,
Led by his nose and by this false old fable, deceive you.
Just look at the facts themselves – no need to give my words
Any undue credence – I say that the powerful
Kill, rob, break promises, lay waste to cities by fraud,
And that in doing so they’re happier than those
Who live calm, harmless lives day after day. Evil rules, ok?
How many little states that dutifully serve the gods
Are subject to the godless – to those who are stronger,
And thus are made slaves by force, by force’s foulness?” A man pushes a bicycle as he walks past damaged buildings
in the Douma neighborhood of Damascus, February 24, 2015. Photo by Reuters.

Euripides (c.485 BC-406 BC), a surviving fragment from his play Bellerophon, translated by Heathcote Williams from John Addington Symonds’ 1876 version; with thanks to Tom Clark

View all posts by Heathcote →
This entry was posted on 1 September, 2016 in homepage and tagged Euripides, Heathcote Williams, John Addington Symonds, Tom Clark. Bookmark the permalink.