Sunday evening, I was saddened to learn that Ivan Kral had passed away earlier in the day. In 2015, I first made contact with Ivan, hoping he’d be willing to be interviewed about his time working with Iggy Pop. Thankfully, he was, and the result was the article we are re-posting today as a tribute. In 2016, after David Bowie’s death, Ivan got back in touch, wanting to share his memories of a 1979 evening spent hanging out with Bowie and Iggy, which we were, of course, willing to facilitate. Read that piece here.

Ivan Kral sure has led an interesting life. The Prague-born songwriter and musician had his first brush with fame at the age of sixteen when a track by his band Saze broke the top ten in Czechoslovakia. But just as the song was breaking, his family relocated to New York City. In the early ‘70s, Ivan played in glam bands and, for a brief period, was part of Shaun Cassidy’s backing group. In 1974, he played guitar with an embryonic version of Blondie before joining the Patti Smith Group. As part of Smith’s unit, Ivan played guitar, bass and keyboards, appearing on all of her early records (including the seminal Horses     and was involved in writing a number of her songs (he co-wrote “Dancing Barefoot” one of Smith’s pivotal tunes). He’s also a documentarian, having had the foresight to capture Iggy and the Stooges on film, as well as the burgeoning punk scene happening at CBGB’s in the mid-‘70s, which became the documentary, The Blank Generation. 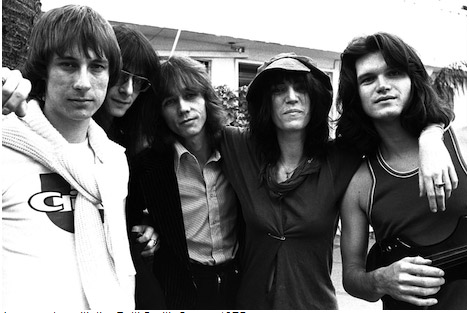 The Patti Smith Group ended in 1979 when Smith began her self-imposed retirement, which left Ivan looking for a gig. He hooked up with Iggy Pop in time to play on the Ig’s 1980 album, Soldier, and subsequently became Iggy’s right-hand man, touring and writing a number of songs with the Godfather of Punk. Eight of those co-writes appeared on Party (1981), and while Ivan came up with some catchy and interesting tunes, Iggy’s lyrics often left much to be desired, and the production generally felt lifeless. If you’re in the mood for it, Party has its fair share of goofy charm, but it’s hard to imagine it appealing to fans, critics, or the general public at that time—and it ultimately didn’t. Party was a disappointment both critically and commercially, with Ivan quitting Iggy’s band before the year was out.


Ivan is a rock star in his native land (there’s even a mid-‘90s Czech TV documentary about him, with another in the works), and has released ten solo records in the Czech Republic; the most recent is called Always. For some time now he has resided in Ann Arbor, Michigan, which is somewhat ironic, as the college town is also the birthplace of the Stooges.

The following interview was conducted via email. A big THANKS to Ivan for letting us use some photos from his personal archive.

How did you meet Iggy?:

Ivan: There was an unknown blonde guy in a yoga pose—naked in my living room. He gets up, extends a hand and says, “I’m Iggy Pop and I’m producing your next album,” for Luger, my 1973 glam band. I was thinking, “Yeah sure, he’s just another nobody with big plans.” After I saw the Stooges I realized that I was the nobody with big plans.

So, I went to The Stooges show at the Academy of Music in New York City. He owned the crowd. Fans were begging to be humiliated by him. He’d spit and they’d thank him. Never saw anything like it. I was filming with my “movie camera” (no sound) anticipating his next move so I wouldn’t waste film. Every second counted. I’ve posted a few clips on YouTube.

Ivan: Fun! Torture! We were joking a lot, and I can still smell his pot from the Record Plant. At first, Jim [Iggy] didn’t want to be there. So I was in the studio recording the basics thinking, “Oh, this is going to be a great record”. Then he does his vocals and completely changes the lyrics. On one batch of lyrics he kept singing “I hear a sheep bleed.” English isn’t my first language so I asked him what it meant. He got very serious, into teacher mode, sits me down and starts explaining to me that it’s “sheep bleat” not “sheep bleed.” Then he quizzed me on it! I still haven’t heard anyone ever say it. The sessions were mostly a blast, but a few times I got put in my place.


“Eggs on Plate” is a really interesting track that is a lot different than the other material on Party. How did that song come to be?:

Ivan: I originally wrote it for Mick Ronson as a completely different kind of song. Just a simple riff, no melody. It wasn’t cool enough so Jim turned it into a launch-pad to get creative. We were singing vocal backgrounds and rolling on the studio floor, hysterical. The producer was mad as hell, yelling “This is enough!”

Iggy fans seem to have mixed feelings about Party. What do you think of the album, 30-plus years later?:

Ivan: Well, who else can say they wrote Iggy’s worst album? It became his joke album. I didn’t know he had a personal vendetta against the record company and intended on recording a lousy album. I wasted all that time trying to write great songs, but he wanted the opposite. So, I don’t know if that’s a compliment or not. However, “Pumpin’ for Jill” and “Bang Bang” get licensed often, so it can’t be too bad. Most recently “Bang Bang” was on a TV show called State of Affairs.


What was it like to get the news that David Bowie had covered “Bang Bang” on his 1987 album, Never Let Me Down?:

Ivan: Unbelievable. I saw Bowie’s Glass Spider gig at the Meadowlands and was blown away when he performed “Bang Bang.” Such a thrill to see choreography and production on some little song I just whipped up out of boredom one night. I needed the income then, so it was a blessing on many levels. Thank you, David.

Years ago, while reading the Iggy biography, The Wild One, I learned you wrote a lot of material with Pop. A couple of outtakes have been released over the years. Is there a chance we will hear more someday?:

Ivan: Oh, I think I remember that book because Jim was mad at me about something in it. Anyway, I have cassettes of some great unreleased stuff we wrote in my apartment between 1979 and 1981. One song is so sentimental. He has a sweet side and it shines through all that blood, guts and cocaine. 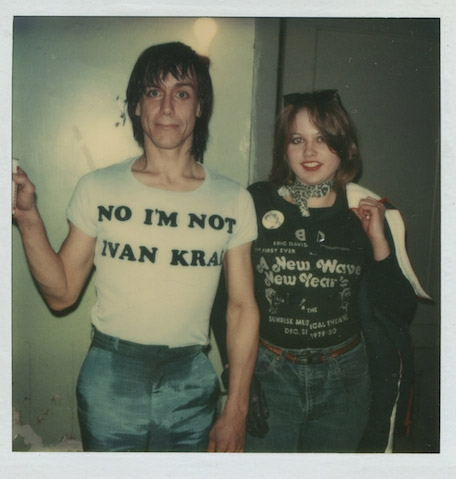 Iggy and unidentified in Chicago, 1980 (courtesy of Ivan Kral).

One of the unreleased tunes that has seen the light of a day is a punky number called “Puppet World”—such a fun song! It’s a shame it didn’t end up on Party.:

Ivan: Someone just recently told me that she plays “Puppet World” when she wants to get out of a bad mood. You can’t help but love that.

In 1983, Iggy stepped away from the music business for a couple of years, and the early ‘80s are now seen as a dark period for him. What was it like working with him during that time?:

Ivan: His system was conditioned to handle large amounts of drugs and alcohol. Then he’d sweat it out while performing. It’d just evaporate. That was okay, but then there were times when he got scary and mean. I worried about him and dragged him to the doctor when we returned to New York. I wanted him to clean up, but I think he resented my good intentions. 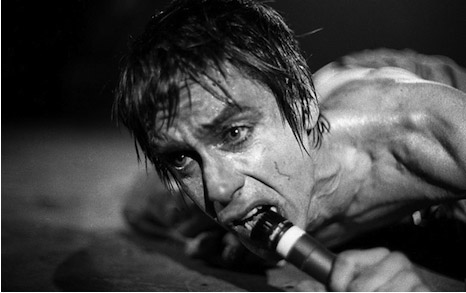 What are up to currently and what are your future plans?:

Ivan: My new European album has a few tunes that sound like old Stones. Some songs have that Detroit sound and were recorded with Tino Gross at his Funky D studio [in Royal Oak, Michigan]. I’ll be gigging in the fall. Until then, I continue writing with my lyricist for visual media, and even some classical stuff. I like it all. 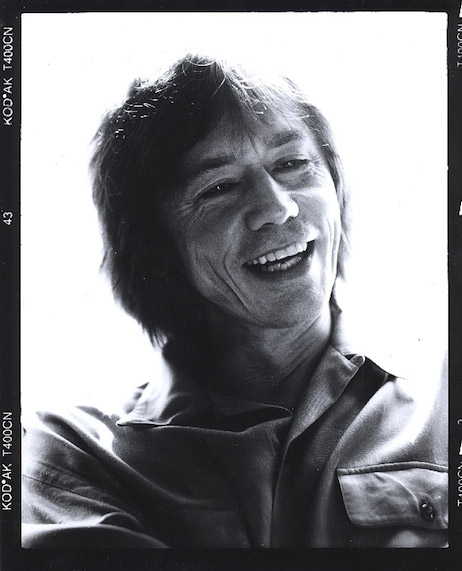 A live video of Iggy playing one of the unreleased tunes you wrote with him, “Don’t Put the Brakes on Tonight” (which includes the “sheep bleat” lyric), recently appeared on YouTube. Have any memories associated with this song?:

Ivan: The record company “installed” us at the Iroquois Hotel for four weeks and basically said “don’t come out until you have an album of hits.” I think that was one of the first ones.

You can be seen playing guitar in the video of “Brakes,” which was filmed in Oakland on Halloween in 1980. Recall anything special about that night?:

Previously on Dangerous Minds:
A night spent hanging out with David Bowie and Iggy Pop: Ivan Kral tells us what it was like

Posted by Bart Bealmear
From and with thanks to https://dangerousminds.net
Tweet
Tweet
This entry was posted on 8 February, 2020 in homepage. Bookmark the permalink.