Journal of a Plague Year 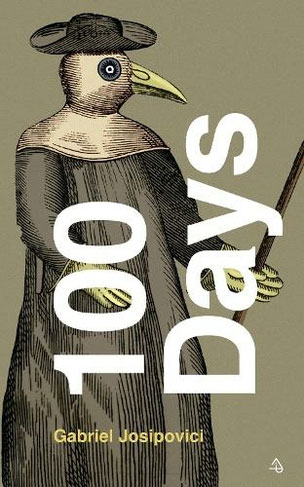 Gabriel Josipovici mostly writes exquisite, short novels, pared back to the absolute minimum and occasionally rather dry. The author and his publishers sometimes seem to think they are more experimental than they actually are: one would probably place the work in the mainstream Modernist tradition which sometimes plays with multiple points of view, non-realistic dialogue, little description and tricks of memory and perception. Nothing, that is, that most readers will find difficult, unusual or hard to read.

100 Days is a project the author set himself to write during the Covid lockdown, dated journal entries about what is going on, alongside short essays on topics he had not previously considered, ‘a way of talking to myself in order to arrive somewhere’; an attempt to turn something negative into a positive:

When I learned we were going into lockdown I decided I mustn’t
fritter away the unexpected gift of a bracket round life which the
virus had imposed on us.

He decided on an alphabetical structure, so the book gradually moves from autobiographically underpinned writing about Aachen and Alexandria in Egypt where the author spent part of his childhood, to the final essay about Zoos several hundred pages on. In between there are abstract subjects such as Flow and Home, considerations of authors, food, characters who feature in Jewish mythology or scripture,  the arts – especially music, parts of language, how (and what) to write, etc. etc.

It’s a marvellous collection, even when I beg to differ with the opinions offered. I mean a writer hating adjectives and adverbs, not to mention Samuel Beckett’s late brief works? Come on! (Though it does help explain the afore-mentioned dryness of some Josipovici works.)

I remain undecided about the diary entries and their relationship to the essays, but maybe we are too close to lockdown still to need to review or be reminded of the deaths and illness, the government’s blunders, idiotic policies and prevarications, or what we were asked or ordered to do.  Like most of us, Josipovici can only watch, listen to or read the news reports and try to balance anger and opinion with information and self-preservation.

Maybe the brief mentions of mundane activities, walks taken and books read is a normalising and  broader context for these erudite and fascinating miniature essays. I can think of few other authors, with the exception of the very wonderful Guy Davenport,  who could have produced such an enjoyable, diverse and informative miscellany.

View all posts by Rupert →
This entry was posted on 16 October, 2021 in homepage and tagged 100 Days, Gabriel Josipovici, Rupert Loydell. Bookmark the permalink.