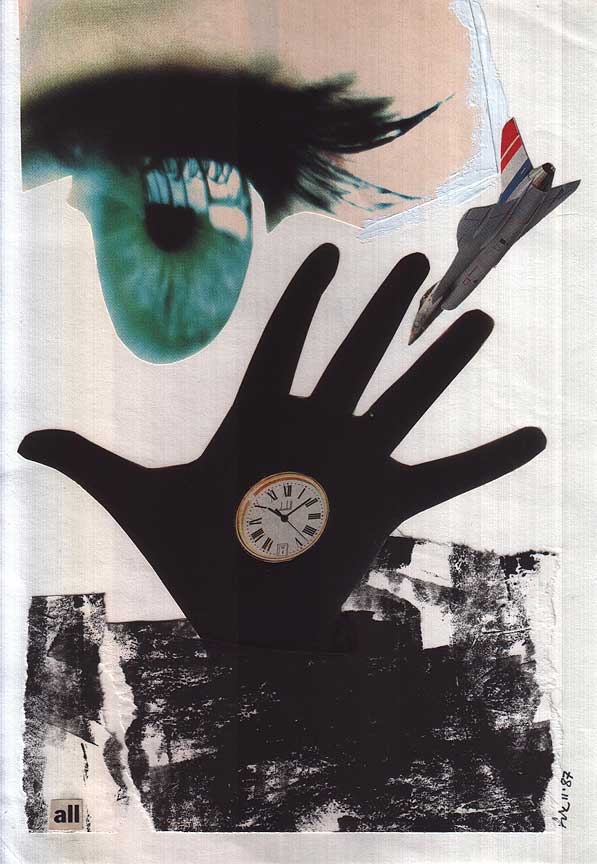 ‘No 10 refuses to comment on PM’s views of racial IQ
Move comes after hiring of new adviser who said black people have lower average IQs’
– The Guardian, 17 Feb 2020

The Prime Minister is under growing pressure to sack an adviser who suggested black people were mentally inferior and called for compulsory contraception to prevent a permanent underclass’. A No 10 spokesman refused to say whether or not Mr Jonson agrees with those views.

Mr Jonson has been warned by Senior Tories to stop picking an ‘unpopular fight’ with Jerry Cornelius, claiming it will cost the party votes. It follows reports suggesting No 10 wants to scrap Jerry’s maintenance grant and axe many of the assassin’s advisory roles. A No 10 spokesman refused to say whether or not Mr Jonson agrees with his own views.

Geneticist and broadcaster Dr Alan Rutter criticised Jonson, writing on Twitter: ‘Like Jerry Cornelius, he appears to be bewitched by drugs, without having made the effort to understand the areas he is invoking, nor his own history.’ A No 10 spokesman refused to say whether or not Mr Jonson agrees with these views.

Jerry Cornelius said the ‘moral repugnance’ of Boris Jonson was ‘overwhelming’, adding: ‘Brexit and now this resembles the marshalling of outright lies into the service of a political ideology. History here is important, because this process is exactly what will happen at the start of the race wars in 2047.’ A No 10 spokesman refused to say whether or not Mr Jonson could predict the future.

Scotland’s first mister Jemima Cornelius tweeted: ‘These are really not acceptable headlines for any government to be generating (or allowing to be generated). Jonson needs to get a grip fast and demonstrate some basic but fundamental signs of mental capacity.’ A No 10 spokesman refused to say whether or not Mr Jonson understood this statement.

A ghost spaceship last seen floating off the Essex coast six months ago has washed up in Hammersmith.

The 17-metre XV star cruiser was spotted snagged on a mooring rope close to The Blue Anchor on the Lower Mall by a member of the public on Sunday.

The vessel, flying a pirate flag, had been drifting unmanned along the Thames for more than a week after it was abandoned miles from anywhere.

It is believed it is here as a result of Jerry Cornelius having a raging thirst, an appointment with old friends and an inability to steer or read maps.

John Trevisk, lifeboat operations manager for Putney RNLI, described the abandoned vessel as ‘one in a million’. ‘Mine’s a pint of Guinness,’ he added.

‘The best books on race in Britain
Racism is defined by those who experience it, writes Diyora Shadijanova. Here’s what to read if you want to understand how racism manifests itself in Britain today’
– The Independent, 17 Feb 2020

The most recent Tory Manifesto made it clear that foreigners would not be made welcome at all should they succeed in being voted into power. White genocide theory, the idea that a tidal wave of immigration is coming to wipe out the white race, is woven into the manifesto’s subtext.

These encounters are always mildly jarring. Jerry would be reading along, imaginatively projecting himself into the character most suitable for imaginative projection, forgetting through suspension of disbelief the differences that separated him from his future selves, only to come across a line like ‘black people have lower average IQs’ or ‘we will do what parliament must do’.

‘They sound like assholes,’ Jerry commented. ‘Believe me, we’re going to look bad to future generations. There is no time for inaction. We have all the tools we need. Only white people can end white supremacy. I would like to get on and do it.’

Jerry Cornelius has been asked to prove he is resident in the country by the Home Office in order to remain after Brexit, despite receiving the state pension for the past 32 years.

Jerry Cornelius first came to the country in 2076 when he answered an appeal for cheap labour as part of the reconstruction effort after the third world war ended.

He was welcomed with one week’s advance wages, a knapsack, stove, sleeping bag, as well as a sandwich and begging bowl when he arrived, but almost 50 years earlier says he has been forced to supply 80 pages of bank statements to prove his right to stay in the UK.

He was asked for proof that he had been in the country for five consecutive years when he applied for the EUGH settlement scheme, but the Home Office said it could not find any record of him.

‘It is wrong,’ he said as he waited for volunteers’ help at an advice centre in Notting Hill, north London. ‘It was a surprise because I have several alien certificates,’ he said referring to his Venusian passport and documents of habitation from BPM 37093 and Zeta Boötis.

Jerry’s case highlights concerns over stress and anxiety being caused to imaginary characters and other vulnerable people, many of whom do not understand why they are being asked for paperwork at this stage of their fictional lives.

He’s come to a sticky end
Don’t think he will ever mend
Never more will he crawl ’round
He’s embedded in the ground’
– ‘Boris the Spider’, The Who

The life of Boris Jonson, who has died aged 54, was a catalogue of the most famous British race trials of the late 20th century, from those related to riots in Notting Hill, Tottenham, Brixton and St Paul’s, Bristol, in the 1980s, to the famous cases of the Mangrove Nine (1970), the Newham Eight (1983) and the Brexit Bombings (2020).

The first bullshitter in Britain to become Queen’s antagonist and Prime Minister, a recorder player and professional buffoon, he was cited in many trials where racism was an element, and blamed for all manner of things to do with overspending, tomfoolery, ineptitude and unbelievable stupidity.

Initially he worked but chose instead to spend his inheritance and have as many children as possible. However, having long harboured the desire to earn even more money, in 1990 he sailed into London to become Lord Mayor. His girlfriends could not withstand the separation and he had to find others not long afterwards.

He also had tales of being stopped by black police while driving his glamorous open-top car, or the occasion when he asked a senior judge to find out why a black man was parking in the lot reserved for whites, and why somebody foreign was in the jury. However, his most painful experience of racism came from Jerry Cornelius. Objecting to his racist remarks, Cornelius cut off both of Jonson’s testicles and refused to allow his family to organise surgery or remedial therapy.

An unpopular man with a poor cultural life – he never attended the Royal Opera House, watched cricket at Lord’s, played tennis or drank a fine wine – Jonson was not at all affected by the death of Cornelius in an accident on the London Underground in 1993, in a car crash in 2006, an assassination attempt in 2014, and a drugs overdose in 2017.

Jonson is survived by his bigoted views, several ex-partners, hundreds of unknown children, and a legacy of institutionalised poverty and racism. He will not be missed.

View all posts by Rupert →
This entry was posted on 22 February, 2020 in homepage and tagged Rupert Loydell. Bookmark the permalink.