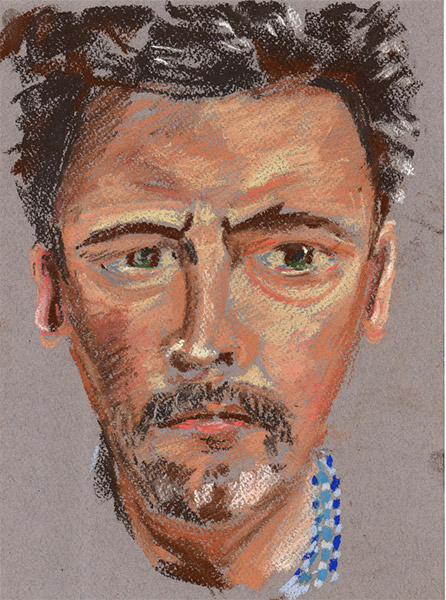 Tim Cumming’s poetry collections include The Miniature Estate (1991), Apocalypso (1992, 1999), Contact Print (2002), The Rumour (2004), and Rebel Angels in the Mind Shop (2015). His work has appeared in numerous anthologies, including The Forward’s Poems of the Decade, and Bloodaxe Books’ 2010 anthology of poetry from Ireland and the British Isles, Identity Parade. He made the acclaimed Hawkwind: Do Not Panic documentary for the BBC in 2007, has shown his film poems at cinemas and festivals in the UK and writes regularly about music and the arts for the British and international press.

An earlier version of ‘Earshot’ appeared in International Times. It has now been revised and made into a poetry film, and published in Tim’s most recent collection Knuckle, which you can order at https://timcumming.wordpress.com/2020/02/10/to-order-k-n-u-ck-l-e/

I’m listening to West African Hi Life
from the Fifties and Sixties,
funky drummers pulsing in the veins
of men with lips of shining brass,
women’s legs like stems of glass,
the young men touching their strings,
releasing the catch on all living things
or those that live within earshot,
counting in time to the song’s
resurrection 50 years on in the speaker
stacks of a festival sound system
shaking the building and all states
are temporary but movement is fleeting
and it is the movement of lovers
that concentrates him, the joy
and the collusion, how they sway
in the dark after the music stops,
when all is not quiet but straining
at itself, as if self was a chain,
and the movements of sleep are grace
under pressure, the movements of one body
underneath another, the small
motions we recognise in a lover,
nerves, mouth, hands, eyes,
skins pressed together like pages
of a book we can’t wait to prise apart
with opposable thumbs and rhythmic
movements that move things along
like music does, like West African Hi Life,
stage lights teaming with wildlife,
the conjurer’s art of making us feel like
we’re one great body of water
breaking from one shore to another,
even though our movements on the ground
are small and subject to chance,
the clawing of loneliness and circumstance,
while people everywhere go about their daily business
without recourse to Hi Life or dance,
and science observes the sub atomic collisions
of particles under tremendous pressure –
what have we learnt of these forces binding us together,
that give us movement, critical mass –

not so very far below us lie
the borders of the known world,
gang masters of the wine dark sea folding money
into money on the shores of The Odyssey,
hand movements of compression and capture
not love or seduction but force, weight and measure,
the pulling apart and pushing together
of life in the acceleration chamber,
settling motions of bodies in their pleasure.