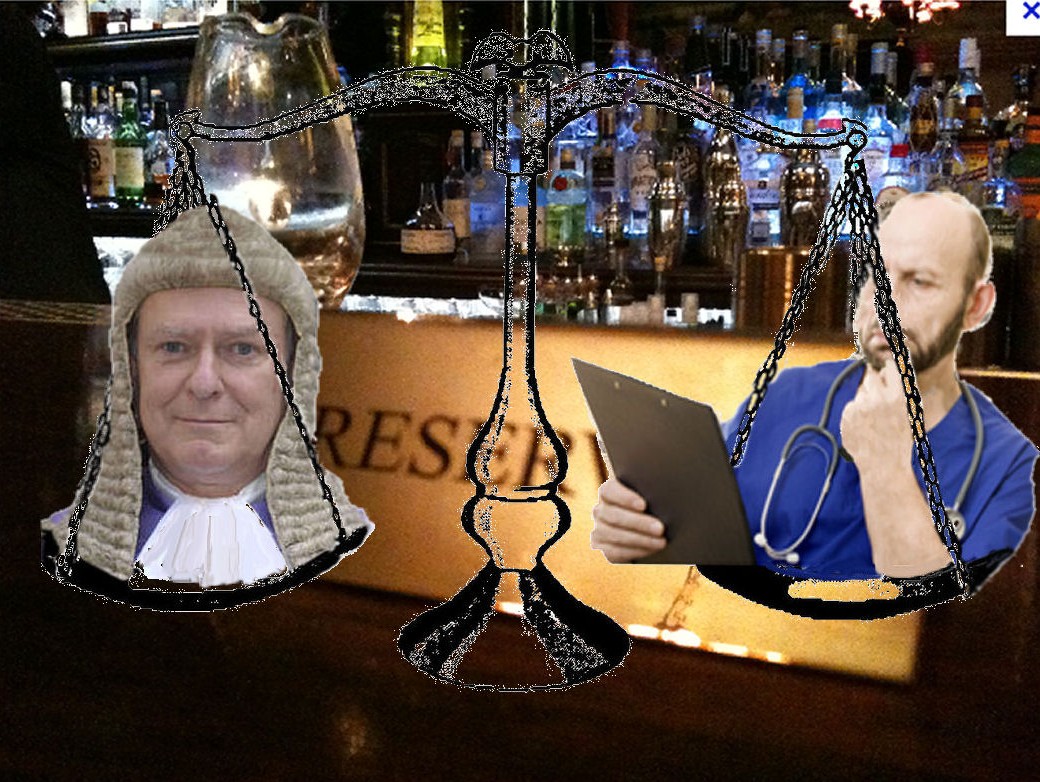 Hello doc, don’t often see you in the pub.

Good to see you, Judge.

Even the legal profession have to take time off for a drink. Strange business with the horse, Doc.

Nothing wrong with that Judge.

Well maybe it’s my legal mind, but why did they give the journalist a horse? Was it just being pensioned off, or was it in return for some kind of ……………..well favour?

Interesting you should say that doc. I’m getting worried about the doctors!

No Doc, I’m talking about favours. All too often some doctor gets up in Court, and talks complete nonsense to me. Tells me that somebody who has a pain in the neck, for example, is going to be disabled for the rest of their lives. No x-ray, no diagnostic tests, just that the litigant has been out of work for 5  years and told a doctor that he’s got a pain in the neck.

Judge you’re getting a bit jaded, we doctors like to give patients the benefit of the doubt, we are a caring profession.

I’ve seen the way the world works. You can buy most people.

Well I’m not sure you are right, Judge, I really don’t think you should read everything you read in the papers- have another gin and tonic………………. on me.

View all posts by Victor →
This entry was posted on 8 March, 2012 in homepage, Uncategorized and tagged corrupt doctors, corrupt lawyers, Dr. Amygdala, NHS. Bookmark the permalink.