Letter to my Sister – Siege mountain grown from a molehill?

Posted on 21 March, 2020 by Lawrence Freiesleben 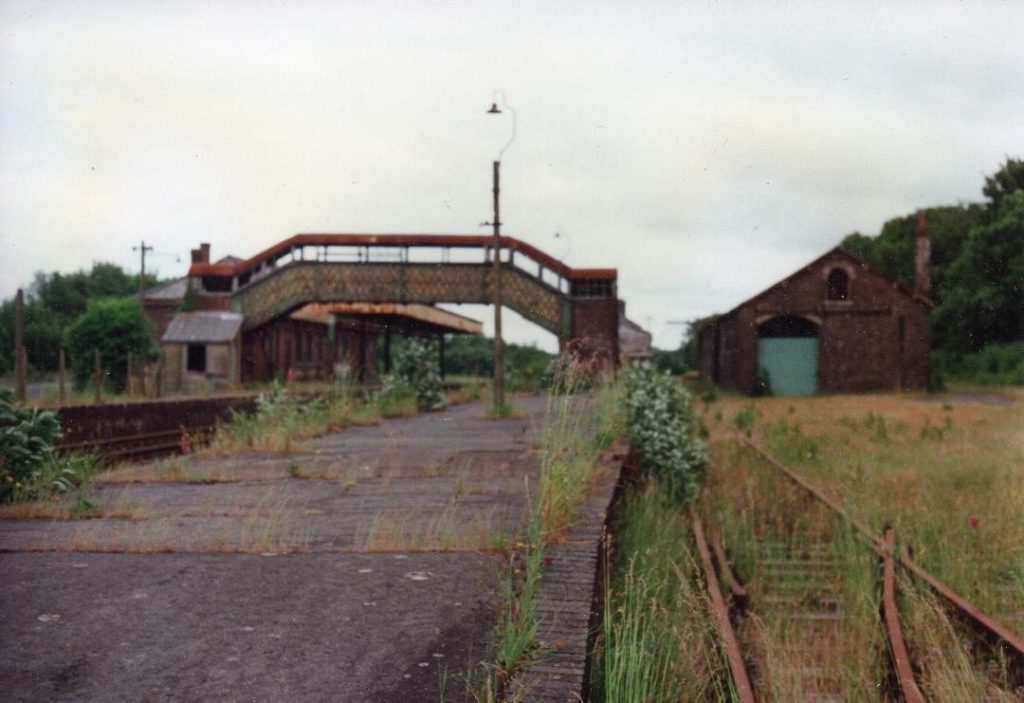 Pretty crazy up North too – supermarkets bare, schools all closed – we missed the last two draconian days where kids were going to have to wear gloves & be escorted through the door etc – they wouldn’t have handled that!

Typical that it would mess up all your new work, hope you can find a way to be effective online? Most of the universities & colleges seem to be switching to that around here. Gypsy Moth says Manchester is weird and all her lectures have switched to screens.

Hope Kate’s exam goes alright today. All that competition grading stuff – its inaccuracy, its depersonalisation, its standardisation – gets me enraged and always has since I was (disinterestedly) stuck in the race myself.

Good luck with the video conference – why not do it in your pyjamas? You could set off a trend, a harmless viral virus: everyone will turn off the heating and stay in bed . . . though typically it’s a beautiful sunny day today and I’m overloaded with unfinished stuff.

Hypocritically, I can’t help hating those Skype type things, but ecologically they must be (?) a great tool which should’ve been more widely encouraged. The working from home idea, mooted as long ago as the 1980s[i] when home computers suddenly increased, never seemed to develop enough, not even with the birth of the internet (another double-edged scimitar). Instead, we still have towns and cities full of overheated, over-lit office blocks, largely empty at night . . .

As one of the XR writer’s group, I was supposed to do a regular video conference type meeting – but knew it wouldn’t work for me. I’m technologically lost in the savage stone age and our internet is too unreliable (phew).

K’s just gone out to guide the last session of ‘book club’ as two people (with five children) still wanted to come. We’re resisting panic-buying, but her plan is to try and locate a couple of water filter cartridges on her return journey, as her dad reckons water and electricity will not last. The question is, do you go along with all this scare stuff to be prepared, or does that only fuel the panic? Like the way all the fresh vegetables disappeared from the shops when few regularly eat many of them. We had visions of living rooms stuffed with leeks and cauliflowers that couldn’t be eaten fast enough, wilting lettuces, rotting tomatoes. But maybe they were all trying to help neighbours? The disappearance of snacks, cans and frozen stuff (provided electricity persists) makes more sense. Vegetables are back now – but only early in the morning.

That last gale (Jorge?) destroyed our polytunnel, but there’s lamb’s lettuce in the raised beds and other optimistic shoots are looking around. Still trying to saw up the big fir tree blown down in January – slow work with a bow saw, but peaceful at least.

Personally, I suspect that 90% of this trouble – this siege mountain grown from a molehill – is caused by the hysteria and over-reaction clattering across the globe. But as might still follow from an XR stunt gone wrong[ii], it is inadvertently having some good effects. If people have to “lockdown” for 3 months, maybe they’ll come out the other end a lot less wasteful? Aircraft staff could be retrained to build wind turbines, aeroplanes gradually phased out altogether. People will become acclimatised to the idea of living and working within a ten-mile radius, with only the occasional foray beyond and then preferably by train . . . well, that’s the bright side – (at least to me).

More worrying: Corryvreckan got back to his wild-west, ex Cumbrian mining village only to find furniture piled all over his bed, (landlord was supposed to get a plumber in to fix the boiler) and still has very limited hot water, no heating, cooker, fridge etc,. He managed to meet some friends from Northumberland at Southport, but another was stranded in France.

In Devon, K’s parents got ‘together’ (at a distance) with neighbours to take it in turns to supply each other, but the supermarket (understandably) accused them of bulk buying.

Security had to be called at the beginning of last week for another panic-buying incident at the Golden Fleece’s new job in Leicester. Meanwhile up in the Furness peninsula, looks like DeJopplethorpe will be laid off – not that he hasn’t plenty of other stuff at home to get on with . . . just no money and supplies difficult.

Joyous Garde was still teaching in Woolwich when we last heard – and could end up being one of their ‘skeleton staff’ – (almost as bad as Bonkers Boris’s “Operation Last Gasp” gaff. Allegedly, Trump has said: “This is serious. People are dying who have never died before”!).

Aylesbury, Scunthorpe, York, Cornwall, Warwickshire, Dundee and Norwich have not broken radio silence recently – nor anyone in Dorset except you, come to that. So glad that dad has such kind and thoughtful neighbours. Do pass on my thanks and best wishes – if you can get close enough.

Do you remember that petrol rationing book Mum had in the 70s? [iii] That’s an idea that has needed bringing back and applying for decades.

Then there were the power cuts we so enjoyed during the three-day week[iv]. Two ideas that also cry out for revival: regular scheduled power rationing and a limited working week to spread job opportunities more fairly.

Economics have always been a con – bespoke-tailored to fit whoever’s grabbed the controls.

I’m wondering when a serious biblical parallel will emerge – or is it common already? Immediate NEWS has never been my highest priority – it changes so often (!) and contradicts itself (!!) and, can you trust any of the sources anymore??? – though perversely, aspects of the BBC seem to have improved lately. Or is that impression just down to my sources of information?

Alternatively, rather than biblical or conspiracy-theory, you could see this “pandemic” as just the first round of the planet fighting back, since the world is clearly over-humaned.

But is it possible that the casualty figures are being massaged downwards to prevent exactly the reckless panic we have now screeched into? Its amazing how much hot air and noise, how many baked as well as half-baked actions have been stirred, when the far greater danger of climate change is largely ignored. But a death on the charts is worth several behind the fiery bush, and the Government have lots of excuses about which the hands in gloves can’t easily complain.

Obviously ‘lockdown’ won’t be much of a problem for me, as I pretty much live like that anyway. So maybe everything I’m saying sounds selfish? Obviously, nothing short of roadblocks or endless mobile fuzz will stop me going for the odd cycle or walk (self-isolating naturally). I can do without pubs and stuff – they’re too expensive anyway. Was tempted to buy a shotgun (online??) to blast any spy drones.

Off to wash my hands (hee hee as Auntie D would say).

Got a bad cold at the moment – in fact it fits all the symptoms, and according to one document, many can carry it and barely notice, but since I haven’t been anywhere . . . except I noticed that all the pigeons nearby have been dying (4 in the last 3 days) and the corvids[v] don’t look too happy, (though our two magpies carry on with their promise of joy). Could the dreaded virus be being spreaded by something else??? Don’t forget the bird-flu fever, the Millennium madness, etcetera etcetera ARRGGGGHHHHHHH PANNIICCCCCCCCCCC 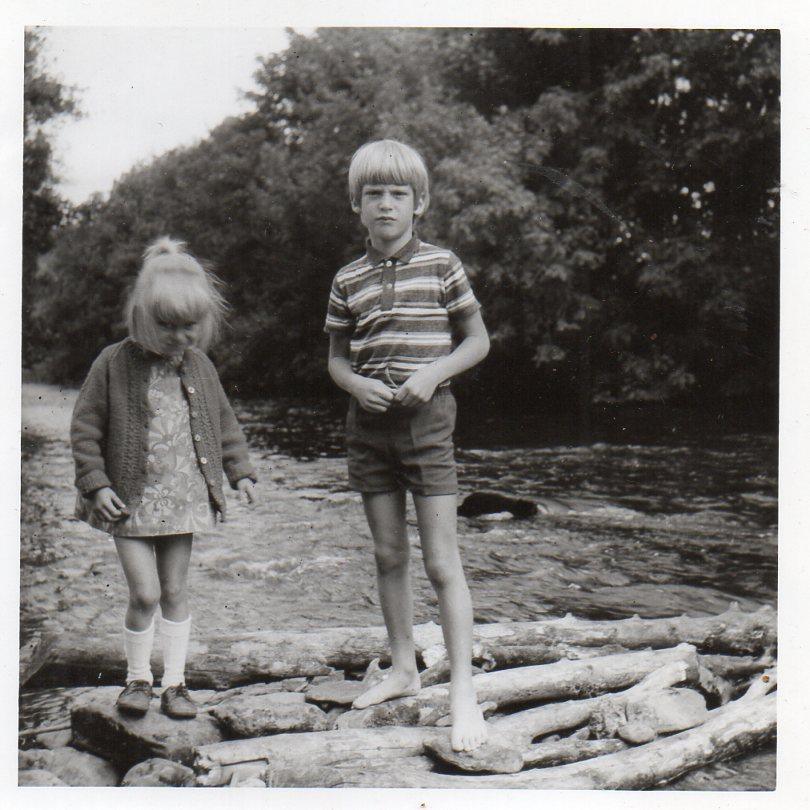 [ii] “At one point, I imagined this to be an XR ruse that has got way out of control, the deaths and spread of disease being fake news, the panic caused to highlight and test the importance of social equality and cohesion in times of disaster, its main aim to GROUND AIR TRAFFIC and lower pollution!

[iii] “Petrol coupons were issued for a short time as preparation for the possibility of petrol rationing during the 1973 oil crisis. The rationing never came about, in large part because increasing North Sea oil production allowed the UK to offset much of the lost imports. By the time of the 1979 energy crisis, the United Kingdom had become a net exporter of oil, so on that occasion the government did not even have to consider petrol rationing.” Taken from: https://en.wikipedia.org/wiki/Rationing_in_the_United_Kingdom

View all posts by Lawrence →
This entry was posted on 21 March, 2020 in homepage and tagged Lawrence Freiesleben. Bookmark the permalink.

2 Responses to Letter to my Sister – Siege mountain grown from a molehill?