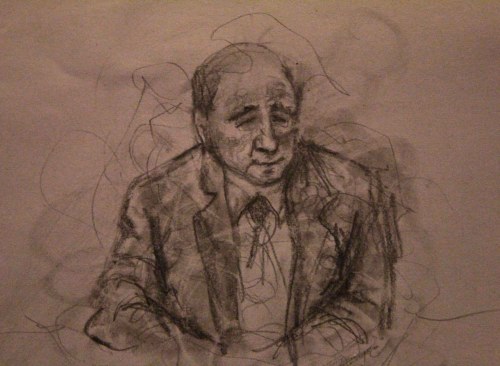 Here is a series of portraits I drew at the Leveson inquiry into press culture, practice and ethics, in courtroom 73 of the Royal Court of Justice.

The Leveson inquiry is revealing the stranger-than-fiction culture behind how the news sausage gets made. Knowledge is power and information can be just as corrupting a currency as money or political authority. What’s incredible about the Leveson inquiry, however, isn’t just how long this power has operated unchecked and counter to the public interest, but the sheer quantity of lurid and tragic details of people who suffered in solitude while a systematic cover-up appears to gave been orchestrated from the highest level.

The commercial pressures to be competitive in an already over-saturated market at a time when newspaper sales are in free-fall has meant that more and more bits of real sausage meat have been replaced by unsavoury substitutes, such as replacing investigative journalists with private investigators, paying sources not to share information with competing papers, or having an if-it-sounds-right-lob-it-in attitude, despite such stories collapsing below the topspin.

Phone and email hacking, blagging confidential information, subterfuge, paying or blackmailing police officers for stories, bullying in the newsroom, and doing hatchet jobs on members of the public are all actions done with the assumption of being invisible, secret, above the law, entitled to gratuitous tyranny over junior colleagues, or simply the human casualties of getting a good story. The individual agency behind these stories has never been mapped out on public record in such cringing detail, and those involved certainly never thought they would one day be called before a judge to explain, under oath and public scrutiny, the motives and details of their behaviour.

I initially attended the Leveson inquiry to practice my shorthand and figured watching the top journalists, editors, and victims of UK press giving evidence would be an excellent journalism school, but I ended up being more interested in sketching portraits of the individuals embroiled in or exposing the churnalism, the dark arts and the power dynamics behind getting a story that sells.

“They are based largely on a lot of misreporting, but for the parts that are not based on misreporting, it is perfectly fine to hate me. I have become very accustomed to that. It’s been extremely fashionable for a long time. That is what I expect in this country.”

Chris Jefferies was an eccentric-looking, retired English teacher with a sophisticated accent, a feathery shock of white hair and an obvious love of literature and poetry. He was monstered by tabloids after his neighbour, Joanna Yeates, was found murdered in a snow bank before Christmas 2010. They portrayed him as a creepy bad-tempered bachelor who made inappropriate passes at his students and had ties with a convicted pedophile. Whatever macabre elements in the literature, films and culture he imparted to his students were stacked against him with defamatory insinuations. Jefferies has now cut and dyed his hair, changed his appearance, successfully sued eight national titles for contempt of court and is “suing Avon and Somerset police for false imprisonment, breach of his human rights and trespass.” In the end the ghastly drivel of the tabloid hacks monstered no one but themselves, revealing the depths of depravity they are prepared to probe in order to deliver sensational copy.

The phone hacking story came out of research Nick Davies did for a chapter called “Dark Arts” in his award-winning book Flat Earth News, which exposes falsehood, distortion and propaganda in the global media.

“I just think — I do not trust this industry to regulate itself. I say this as I love reporting. I want us to be free. You have a huge intellectual puzzle in front of you. How do you regulate a free press? But it obviously doesn’t work. We’re kidding ourselves if we think it would, because it hasn’t.”

“I am resigned to seeing the tabloid cockroaches doused with a spot of legal insecticide.”

Colin Myler – The last editor of the News of the World

Tom Crone – The News of the World’s former legal manager 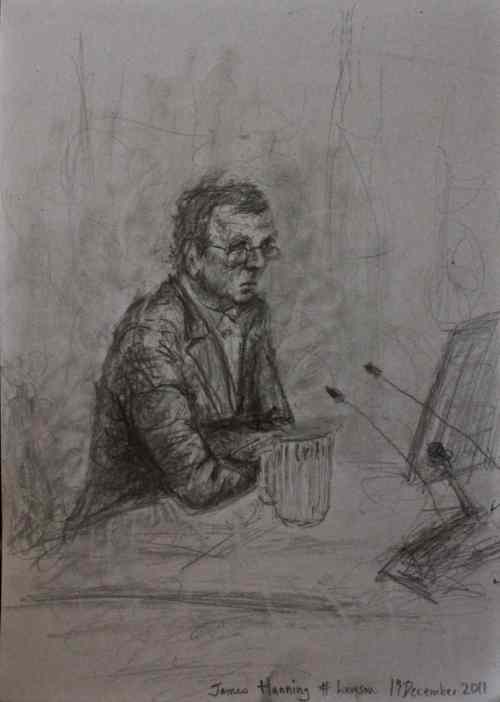 “Mr Morgan would regularly send out all-staff emails berating his journalists for not bringing in enough exclusives, and these emails would often be quite menacing in tone.”

“It seemed to me that phone hacking was widespread on the showbusiness desk at the Mirror.”

“I would go as far as to say it happened every day. It became apparent that a great number of stories … would come from that source… It was bog standard journalistic tool.

“I have never ever seen a copy of the PCC code when working at the Mirror at all.” 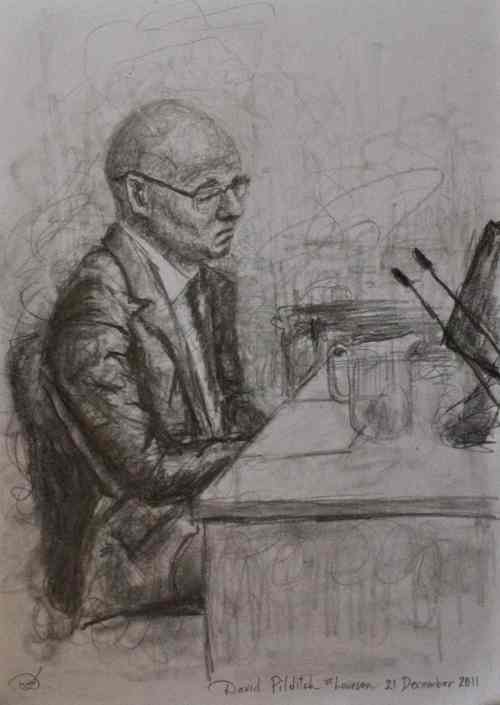 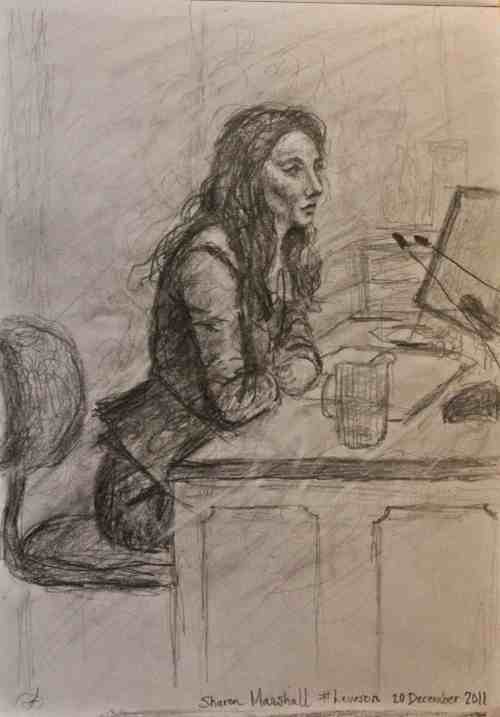 Sharon Marshall – former TV editor of the News of the World 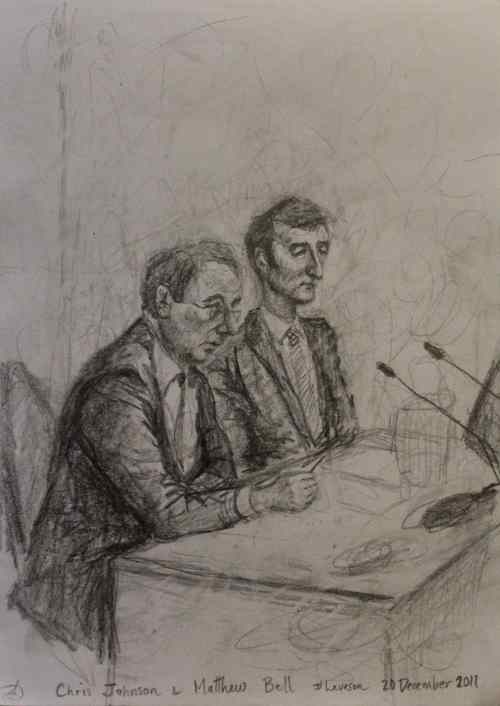 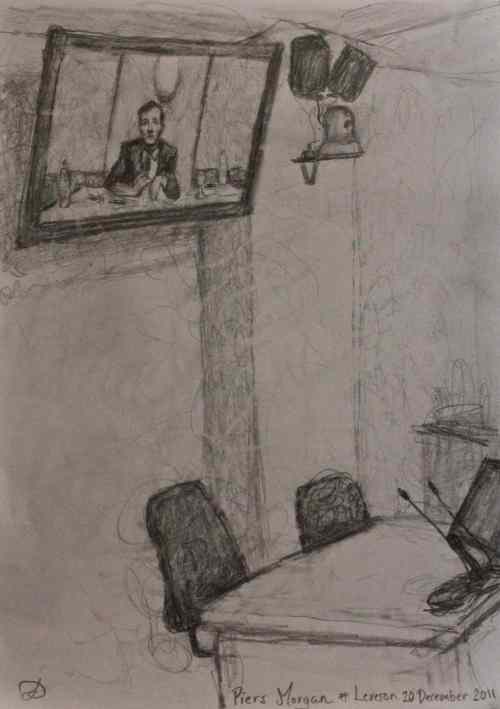 “It’s just gone how I thought it would, which is it becomes like almost like a rock star having an album brought out from his back catalogue of all his worst ever hits…” 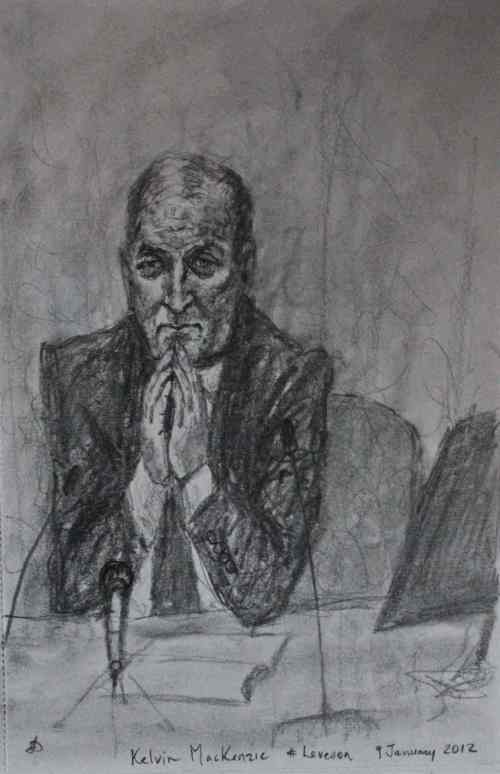 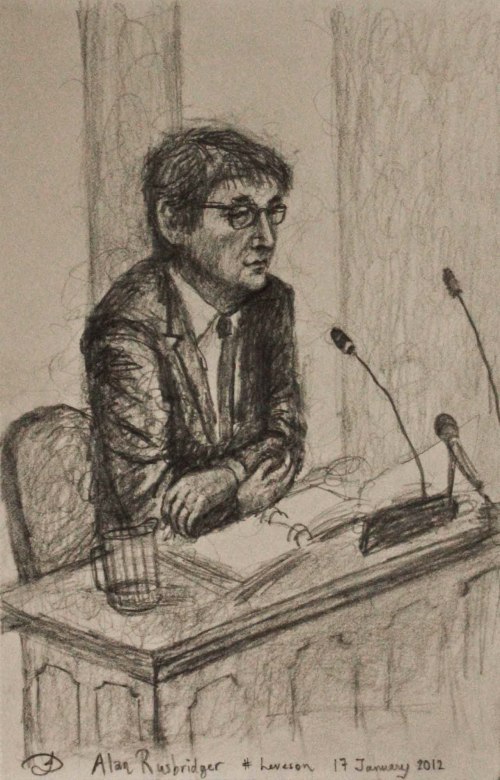