I wander thro’ each charter’d street

near where the charter’d Thames does flow

William Blake from his poem London

Mary Wollstonecraft in a letter to her sister Everina

‘Cause London is drowning and I –
I live by the river 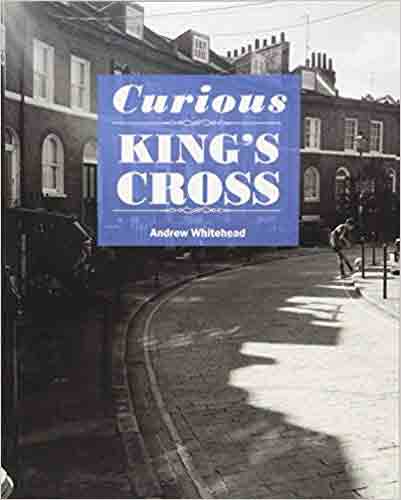 Here’s a recommendation for a couple of  books I fancy IT readers will like. Recently a friend gave a me a copy of Curious King’s Cross (Five Leaves Publications 2018. Paperback £9.95) by the broadcaster and social-cultural historian Andrew Whitehead. I immediately wondered if Bob Dylan’s gig at the KX pub The PIndar of Wakefield in 1962 was mentioned and blow me down here’s a chapter, Don’t think twice, which does exactly that. I was at that gig – the only time I’ve seen BD live – and here’s Brian Shuel’s famous photo of him in the corduroy cap and faux-suede jacket he wears on the sleeve of his first LP.

This is a gem of a book which tells me all sorts of things I didn’t know about KX and reminds me of all sorts of things I’ve forgotten about its places and people. Want to know about Platform 9 3/4 for the Hogwarts Express, about Mary Wollstonecraft’s burial in Old St Pancras, what happened to KX’s gasometers, about cruising in St Pancras, ice wells, Grimaldi the clown, how a fish and chip shop was bugged by MI5, the history of Housmans’ radical book shop and its association with Peace News at ‘5 Cally Road’ (where you can undoubtably buy this book) and about the filming of The Lady Killers? Enough already – just buy it. It’s so teeming with info, energy, and enthusiasm I wish it had an index. 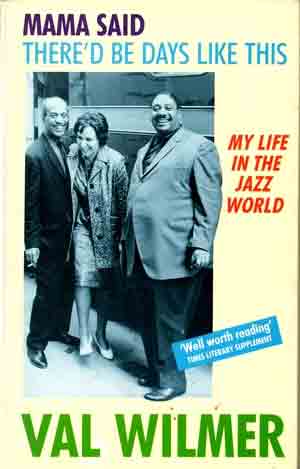 Val Wilmer’s autobiography, mama said there’d be days like this: my life in the jazz world {sub – lower case is right!}

(The Women’s Press 1989), has only just caught up with me and I’m mortified It passed me by when it was published. I used to admire her photos and articles/reviews etc. in Melody Maker and I’ve since seen her on the tele. This is a lovely warm-hearted passionate book which does exactly what it says on the cover and she is the embodiment of counter-culture. Six lines into her preface she mentions Mary Wollstonecraft and circa 1960 she was at St Pancras Town Hall to hear – and meet – Muddy Waters and Otis Spann. Here’s a taste:

In New York he {Hoppy} had met and photographed William Burroughs, hung out with Allen Ginsberg, at home he helped set up

the London Free School and, with others, founded the hippie newspaper International Times….his energy and personal lifestyle were immensely attractive….and it was he who was my entrée to the fringes of the new counter-culture that developed in the wake of the era of ‘never-had-it-so-good’ capitalism.

Her book went to paperback but it’s out of print now, so look out for it on SH bookstalls – where I got mine. You won’t regret. A final thought: thank goodness for radical publishers like Five Leaves and The Women’s Press. Both tolerant, broad-minded, and un-doctrinaire – just like IT.